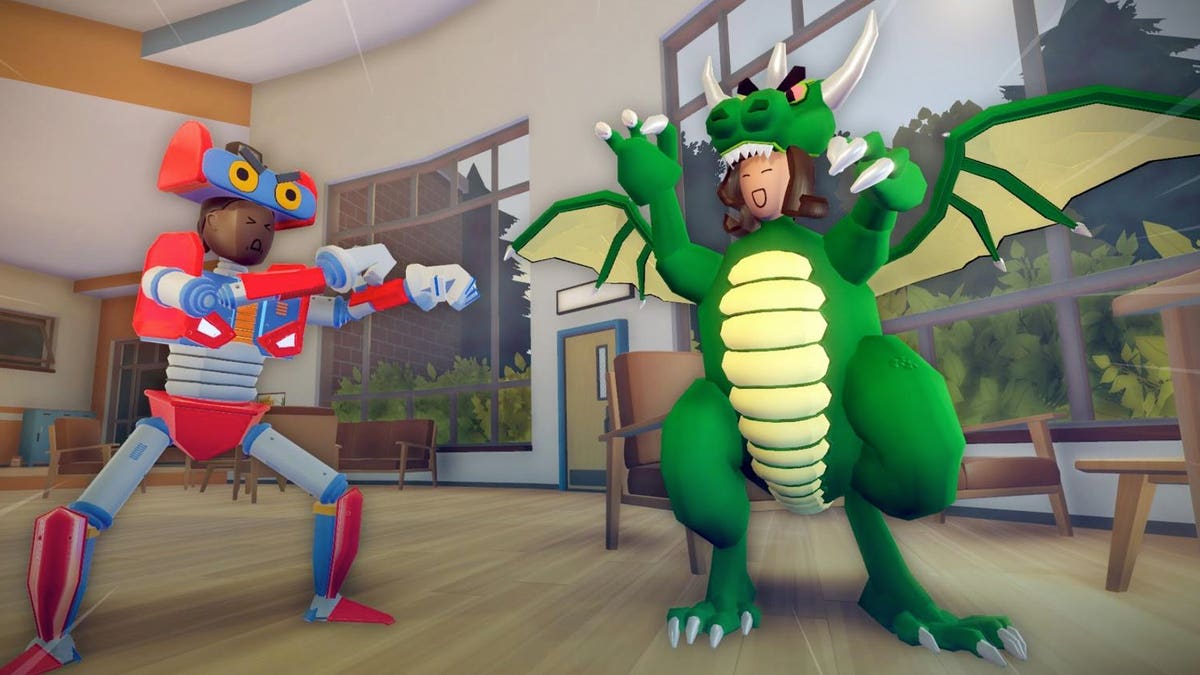 Genvid Raises $113M to Build Out Massive Interactive Live Games, Taps Ex-Netflix Content Exec Cindy Holland as Adviser. The new new game studio pulled in an astonishing $113M Series A to produce what the company calls “massive interactive live events,” or MILEs. Raise your hand if you’d like to be on the tv show you’re watching right now.

Resolution Games Closes $25M Series The studio behind the VR titles Bait!, Blaston, Angry Birds VR and others, closed a Series C funding round of $25 M, bringing the company’s total funding to $38.5 million. The round was co-led by Qualcomm Ventures LLC and BITKRAFT Ventures.

LBVR is thriving, benefitting from pent up demand. Apparently customers are not afraid of shared headsets.

Two New Harry Potter VR Experiences Coming to New York Store “Chaos at Hogwarts.” I had a chance to try this amazing free roam experience, made with Dreamscape, and it is quite amazing. You are literally walking around Hogworts. “Chaos at Hogwarts”and “Wizards Take Flight” are exclusive to this Manhattan location.

Facebook Head of AR/VR Content Mike Verdu to Lead Netflix’s Push into Gaming. The rumors have been swirling, and they’re true. The streaming giant is going head to head with Microsoft, Sony, Google and Apple. They have to. Games are way bigger than Hollywood now.

Rec Room Adds More Flexibility to Avatar System with New Full-body, Animated Costumes. Each full-body, animated costume will be created by other players and made available for purchase via the platform’s in-game currency system.

Looking Glass Factory is launching 2 new holographic interfaces. The Looking Glass 4K Gen2 and the 8K Gen2 are designed for the workplace that provide even higher quality holograms, are lighter weight/more portable, and in the case of the 8K system, are less expensive than the previous generation. The company has also standardized the hardware to run on its companion software HoloPlay Studio.

This Week in XR is now a podcast hosted by Paramount’s Futurist Ted Schilowitz and Charlie Fink, the author of this weekly column. You can find it on podcasting platforms Spotify, iTunes, and YouTube.

Facebook was completely blindsided by the subversion of its platform by malign foreign actors in 2016. A new book, An Ugly Truth, tells the whole sordid story. The New York Times Book Review calls it “the ultismate takedown.” It is a disheartening tale of our times, reports Platformer’s Casey Newton, and a very, very potent argument for the regulation of social media. Most disturbing revelation: execs wondered if they had more responsibility to the company or the country. Maybe it’s time for Zuck to focus his passion on extreme sports like Hydrofoiling.

5 Years After Pokémon Go, It’s Time for the Metaverse | WIRED

‘A Township Tale’ Quest Review – VR’s Most Immersive MMO-like Yet Reviewers are raving about the VR version of this PC game, which has just been released on Quest. “With support for up to eight simultaneous players and immersive interactions at its core, there’s nothing else quite like A Township Tale out there.”