5 Lessons UEFA Should Learn From Euro 2020 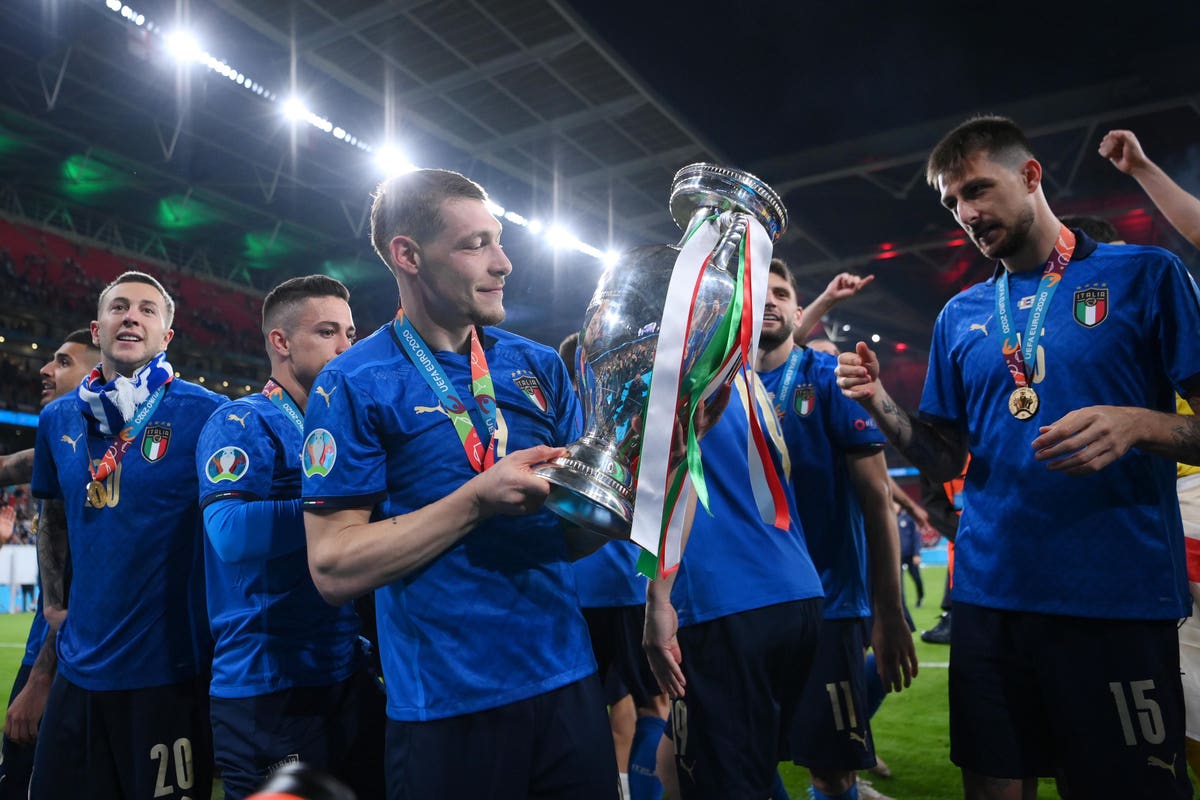 One week after Euro 2020 climaxed with Italy beating England in the final, UEFA, European soccer’s governing body, has a chance to reflect.

Overall, the executives will be pleased with a tournament that provided plenty of drama, entertainment and a worthy winner. But there are also things that could be improved and others that should not be repeated.

Here are five lessons UEFA should learn from Euro 2020.

The multi-country format must be scrapped

Most people realised hosting the European Championship across different countries, rather than one host nation, was a bad idea when it was first proposed. When the Covid-19 pandemic arrived, it seemed a ridiculous one. UEFA pressed ahead with the format and it was unfair on those teams which had to travel further and the fans who wanted to support them. It also left a far bigger carbon footprint than was needed.

UEFA president Aleksander Ceferin has seen the flaw in hosting matches across London, Glasgow, Amsterdam, Copenhagen, St Petersburg, Seville, Munich, Baku, Rome, Bucharest and Budapest. He told BBC Sport it was “not correct” some teams had travelled more than 10,000km (Switzerland travelled 15,485km) and others only 1,000km (Scotland travelled 1,108km) and seemed to rule out a repeat.

“It was a format that was decided before I came [into the post] and I respect it. It is an interesting idea but it is hard to implement and I don’t think we will do it again,” he said.

Sponsors are willing to speak out

One of the more uncomfortable moments of Euro 2020 for UEFA was declining a request to light up Munich’s Allianz Arena in rainbow colors in support of LGBTQ+ rights for Pride Month. Munich city council and LGBTQ+ activists had asked for the illumination as a protest against the Hungarian Government passing law banning LGBT content in schools or children’s TV.

UEFA said the request was rejected due to the “political context” but insisted the organisation “respect(s) the rainbow”. Munich’s mayor called it a “shameful” decision.

Things got more complicated when German car maker Volkswagen revealed UEFA had prevented it from using rainbow-themed advertising on its pitch-side LED boards for the quarter-finals played in Azerbaijan and Russia. UEFA said the rainbow ads were not “compliant with local legislation”.

As a growing number of brands turn to purpose-led partnerships, companies will not want to be associated with matches in countries where local laws don’t align with their own values.

Soccer is better when referees allow matches to flow

The standard of refereeing at Euro 2020 was generally excellent. Referees, perhaps given instructions to let matches flow, were lenient and played advantage as much as possible. The use of VAR was also sensible – a surprise to some Premier League followers after another season where use of the technology was heavily criticized in England.

UEFA will also want to repeat its exchange program, which saw a South American referee, Argentinian Fernando Rapallini and his assistants, join European referees in officiating the tournament. Under the exchange, Spanish referee Jesús Gil Manzano refereed in the Copa America. This seems a sensible idea designed to improve the standard of refereeing on two continents.

A World Cup in England would have big risks attached

The shocking scenes from Wembley Stadium before last Sunday’s final were a reminder of the thuggish, hooligan element that exists among the England supporters. Previous matches at Wembley in the tournament, including against Scotland and Germany, had seen little trouble, but the final was completely different. Videos posted on social media showed people without tickets forcing their way into the stadium, including storming entrances for disabled spectators. There was violence, drug taking and a sea of rubbish. Eye witnesses have described the fear they felt, including in this article for The Athletic.

It is ultimately world governing body FIFA, not UEFA, that chooses the World Cup host but Ceferin will want all 55 European member nations to be united behind one bid from Europe. That could still be England, which is believed to be preparing a bid to host in 2030, though the scenes at Wembley will have damaged any bid before it is even announced. And there are other strong contenders too, like a joint proposal from Spain and Portugal. FIFA, of course, have done stranger things (see next year’s World Cup in Qatar), but the scenes from last Sunday will not be easily forgotten.

A 32-team tournament may have more merit than many assumed

Since 2016, the European Championship has featured 24 teams, instead of 16. I, and plenty of others, think this gave the tournament a bloated feeling with the team finishing third in four of the six groups advancing to the knockout stage.

Generally, however, the quality of the matches was good and UEFA is now considering expanding the competition to have 32 teams. This would make the finals format smoother, though probably at the expense of more meaningless, or lower quality matches.

Such a move would have a knock-on effect for how teams qualify, which is arguably overdue given how long and, typically, dull the process is. For UEFA, a bigger tournament would be popular with those smaller nations who don’t regularly qualify. It would also mean more matches for sponsors and TV and, ultimately, more money in UEFA’s coffers.