Adele Wants You To Listen To Her New Album In Sequence 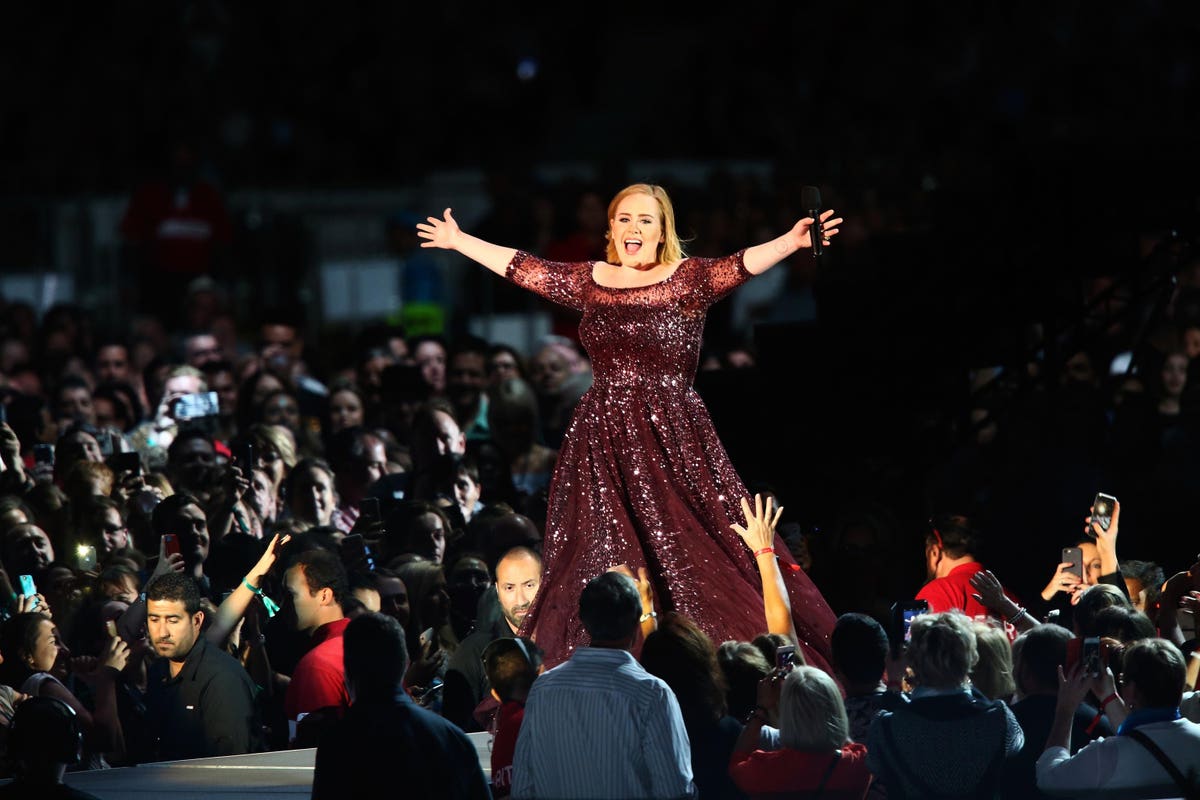 Adele has insisted that Spotify switch off the auto-shuffle function on her latest album, 30, as she wants listeners to experience it in the way she sequenced it.

Pop Crave on Twitter first drew attention to this and its post was retweeted by Adele, who added extra context.

“This was the only request I had in our ever changing industry!” she said of the clause she put on the album going on streaming services. “We don’t create albums with so much care and thought into our track listing for no reason. Our art tells a story and our stories should be listened to as we intended. Thank you Spotify for listening.” She added an emoji of a glass a wine and another one of a heart.

Spotify, of course, would not want to upset an artist as big and as powerful as Adele.

In October, ’Easy On Me’, the lead single from 30, broke the record for the most first-day streams on Spotify, with 24 million global plays. But Adele was not always in favour of streaming in general or Spotify in particular – hence Spotify’s need to keep her on side. In November 2015, she initially held back her 25 album from streaming, in a large part to drive physical sales of the album. It took until June 2016 for 25 to finally make it onto streaming platforms – having clocked up an estimated 20 million global sales in the interim.

In the six years between 25 and 30, the record market has changed significantly. While selling physical (especially vinyl) copies of an album is an important chart tactic – and Sony, Adele’s label, has reportedly pressed up half a million copies of 30 on vinyl – streaming is unquestionably the driving force for the business now. Trying to window an album (i.e. have a staggered release date for different formats) in 2015 was just about workable; no major act in 2021 would be so bold.

So if Adele could not window 30, having some playback requirements is perhaps the only card she has left to play when it comes to streaming. It may seem like a pedantic point for an artist to be insisting on something like this, but there is a more serious issue underpinning it all.

Track sequencing is, at its very best, a delicate art and albums conceived with a concept or a narrative fall apart when shuffled. The Streets’ 2004 album A Grand Don’t Come For Free, for example, was structured like a play where a story unfolds across the tracks and the narrative crisis is only resolved in the closing track. Others like David Bowie’s The Rise & Fall Of Ziggy Stardust & The Spiders From Mars, Kendrick Lamar’s To Pimp A Butterfly, Janelle Monáe’s Dirty Computer and Arctic Monkeys’ Tranquility Base Hotel & Casino also work this way.

While film likes to play around with chronology – Quentin Tarantino made it a key feature of Pulp Fiction in 1994 and 2002 French film Irréversible effectively plays backwards – it is not something that really works in music. Some acts do like to toy with the sequencing of albums: Jack White created a dual-groove version of Lazaretto in 2014 that would play a different track intro depending on where the needle was dropped; while Kanye West kept adding and subtracting from The Life Of Pablo. These, however, are very much the exceptions.

The debate Adele is raising about “digital flexibility” is, however, nothing new. The shuffle function was built into CD players in the 1980s (years before Adele was born). They Might Be Giants even conceived 1992’s Apollo 18 album as a way to play around with this.

With the mainstream arrival of downloading in the early 2000s, some acts felt the ability to cherry pick individual tracks was a direct assault on the creative integrity of the albums they had conceived as albums. Pink Floyd sued EMI over the unbundling of their albums on iTunes and won the case. They eventually reneged and allowed single-track purchasing when mass streaming overtook downloading and made their position seem anachronistic. Radiohead were similarly opposed to unbundling 2007’s In Rainbows, but had changed their minds by early 2008.

Ultimately, it all feels like a token gesture of dictating certain listening terms to a streaming platform (and, by default, its users) that stands totally at odds with the reality of listening to music in 2021.

Adele’s tracks appear on multi-artist playlists and her catalogue exists on the This Is Adele playlist on Spotify. While all of 30 is there in sequence at the start of that playlist, the tracks from the rest of her albums are jumbled up, thereby suggesting the “narrative arc” and sanctity of her previous albums are perhaps not as precious as the “narrative arc” and sanctity of 30.

British satirical website The Daily Mash has played on the heavy emotional themes of 30 (where “Adele bravely confronts her favourite and most lucrative topic again”) by running a quiz to ask readers if they have the “personal mettle” to listen to the album in full.

If Adele is so keen that people play the album from soup to nuts, maybe this is a warning feature that she should ask Spotify to add to the play button.