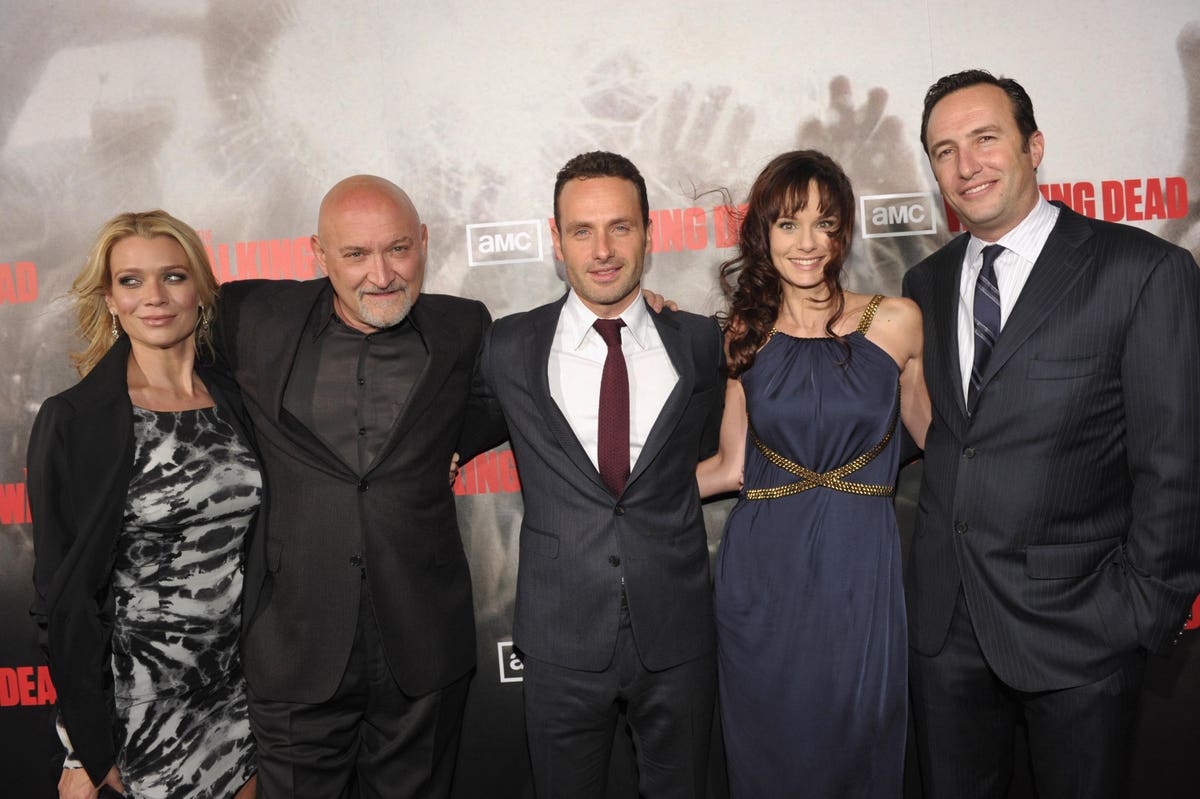 The Walking Dead changed the course of TV history when it premiered on the ad-supported, basic cable channel AMC, 11 years ago this coming Halloween.

The series, based on the Robert Kirkman, Tony Moore and Charlie Adlard comic books of the same name, unabashedly veered into the horror genre at a time when cable television largely featured characters grounded in reality.

Only a few seasons prior to The Walking Dead’s launch, AMC was better known for the 1960’s-set advertising soap opera Mad Men and the “Mr. Chips-becomes-Scarface” crime-thriller, Breaking Bad.

HBO made its mark with the prison-drama OZ, the Baltimore-based masterpiece The Wire and television’s closest cousin to the epic Godfather saga, The Sopranos.

Few experts, if any, predicted that something as genre-intense as The Walking Dead would perform as well as those instant-classics mentioned above.

No one knew that The Walking Dead would actually leave all of those series in its zombie-infested, rear-view mirror.

As the old saying goes, “success has many fathers, but failure is an orphan.”

With most TV series, one usually needs to look no further than the writer/show-runner to determine who is truly responsible for all of the major creative decisions behind a show’s launch.

The writer/show-runner typically has the last creative word when it comes to the pilot script, the casting, the director and the hiring of all key department heads: cinematography, wardrobe, production design, locations, etc.

In the case of The Walking Dead, the writer/show-runner was Frank Darabont, who was not only famous, but notorious for taking existing material and turning it into massively entertaining and profitable content.

Best known for adapting Stephen King’s novella, ‘Rita Hayworth and Shawshank Redemption’ into the Oscar-nominated, more simply titled: The Shawshank Redemption, Darabont also adapted The Green Mile, The Fog and The Mist, after cutting his teeth on another horror franchise, A Nightmare On Elm Street 3.

His subtle, utterly suspenseful and terrifying approach to AMC’s The Walking Dead would not only garner historic ratings for the cable channel, but would earn it well-deserved awards-attention and the opportunity to spin-off the series in a multitude of directions it still explores today.

Shortly into season two of the show’s production, Darabont and AMC parted ways, with each side claiming different reasons behind the split.

One thing both parties could agree upon – – The Walking Dead was a smash and worth more than nearly any other show on TV, due to its global domination.

It turns out that the one thing that scared network executives the most – – the horror genre – – was the same element that made The Walking Dead’s themes, story-telling and drama universally understood and as a result, much more easily embraced worldwide.

Darabont and his talent representatives, Creative Artists Agency (CAA), began litigation against AMC nearly eight years ago, and the lawsuit’s slings and arrows on both sides have been a constant source of press fodder ever since.

While the financial settlement is massive, it points to an even greater reminder of what’s working in Hollywood today – – franchise-ready, genre-based content that’s based on existing intellectual property, with spin-off potential.

It wasn’t long after The Walking Dead premiered that HBO stepped into the fray with a book adaptation that few knew about, and again, that even fewer thought would work: Game Of Thrones (GOT.)

While GOT isn’t horror per se, its fantasy/science-fiction “world building” certainly took inspiration from The Walking Dead, and built upon it.

To date, GOT is by far HBO’s most successful series, pulling in substantially greater numbers than The Sopranos, especially in territories outside of the U.S.

While AMC, Darabont and CAA can finally place this matter behind them, premium television itself will never be the same.

Original concepts like OZ, The Wire, Mad Men, Breaking Bad and The Sopranos have given way to adaptations such as The Walking Dead, Game of Thrones, The Watchmen and Westworld – – much in the same way that features are now utterly franchise-based and rarely drawn from new ideas.

The settlement between AMC and Darabont not only underlines how high the financial stakes are when it comes to successful TV, but why it is that TV has moved into the direction of genre-based adaptations.

It’s no wonder that the most expensive TV series of all time, happens to also be a high- profile, genre-based adaptation: The Lord Of The Rings, coming your way next season, via Amazon.

The price-tag for Season One: $1 billion.

Hopefully there won’t be any disputes over this one, but if there is, I’m guessing Amazon might be able to afford it.

Even As College Sports Evolve, Mark Emmert And The NCAA Need To Focus On Providing A First-Rate Education

Even As College Sports Evolve, Mark Emmert And The NCAA Need To Focus On Providing A First-Rate Education