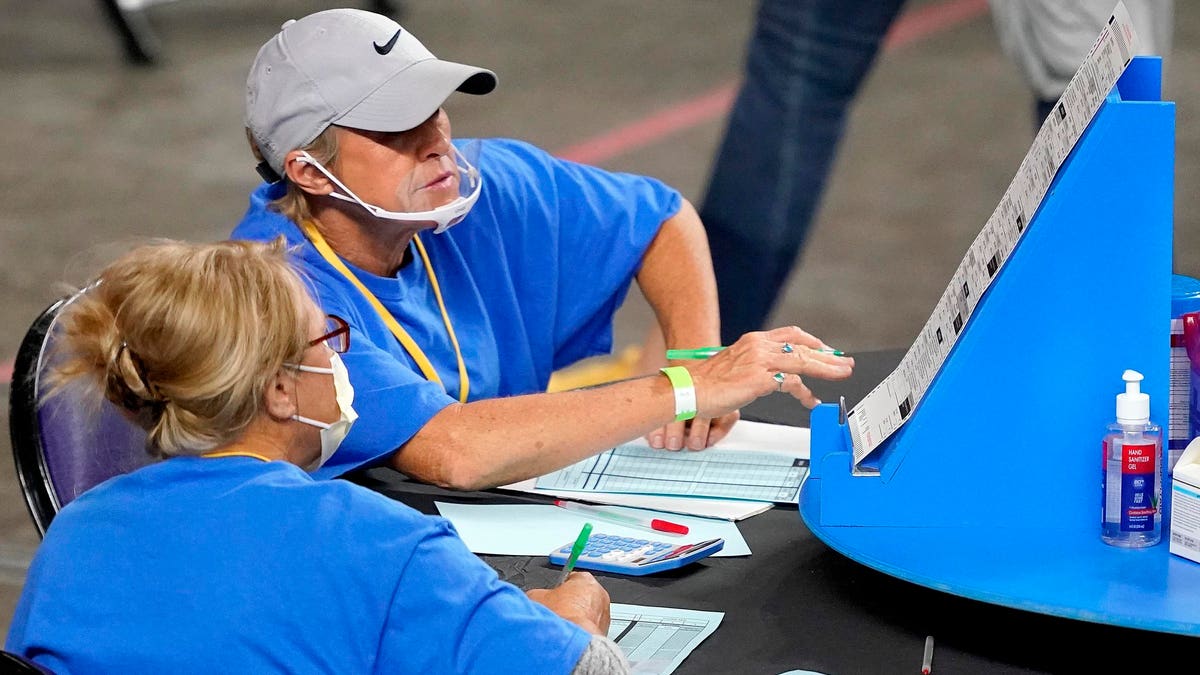 A nationwide push by Democrats and journalists to find out more information about the controversial Arizona election audit being conducted by a little-known private company scored a small victory Thursday, as a judge ruled a lawsuit seeking records could move forward.

Kemp said audit-related documents likely need to be disclosed even if they’re in the possession of Cyber Ninjas, a once-obscure Florida company lawmakers hired to audit Maricopa County’s election results.

Kemp’s ruling means American Oversight can keep trying to obtain communications between politicians and Cyber Ninjas, contracts with the company and other documents.

Jack Wilenchik — a lawyer representing Cyber Ninjas — told Forbes his client expects to file its own motion to dismiss because the company isn’t a public organization (Cyber Ninjas wasn’t a defendant in American Oversight’s lawsuit).

Forbes has reached out to a lawyer representing the Arizona Senate for comment.

“It is difficult to conceive of a case with a more compelling public interest demanding public disclosure and public scrutiny,” Kemp wrote.

The Republican-controlled Arizona Senate launched an audit into Maricopa County’s election results this spring, after former President Donald Trump insisted — without any evidence — Trump’s loss in Arizona was due to fraud. The probe drew immediate controversy, with critics warning the audit seemed like a pretense to baselessly doubt the election results. Auditors from Cyber Ninjas have also caught scrutiny for their unusual practices and apparent lack of election experience: Most notably, some ballots were reportedly inspected for bamboo fibers, per a conspiracy theory alleging votes were imported from Asia. Amid this confusion, audit opponents have asked for details on the private donors helping to fund the effort. American Oversight sought out a range of documents several months ago, but the state Senate declined to share records currently held by Cyber Ninjas, prompting a lawsuit.

Several other groups are also looking to get documents tied to the Arizona audit. The Arizona Republic, a Phoenix newspaper, filed a separate public records action two weeks ago to obtain financial information and communication records from the state Senate and Cyber Ninjas. Meanwhile, Democrats on the U.S. House Oversight Committee launched an investigation into the audit this week and asked Cyber Ninjas to hand over a range of documents about its operations, audit policies, finances and ties to the Trump administration.

Despite the acrimony stemming from Arizona’s audit, and the total lack of evidence of widespread voter fraud, election doubters in other states are pushing for similar audits. A state senator in Pennsylvania is looking to launch an investigation in his state, though some county and state officials are pushing back on requests to turn over voting machines and ballots.

U.S. Base in Alabama Requires Some G.I.s to Prove Vaccination

U.S. Base in Alabama Requires Some G.I.s to Prove Vaccination