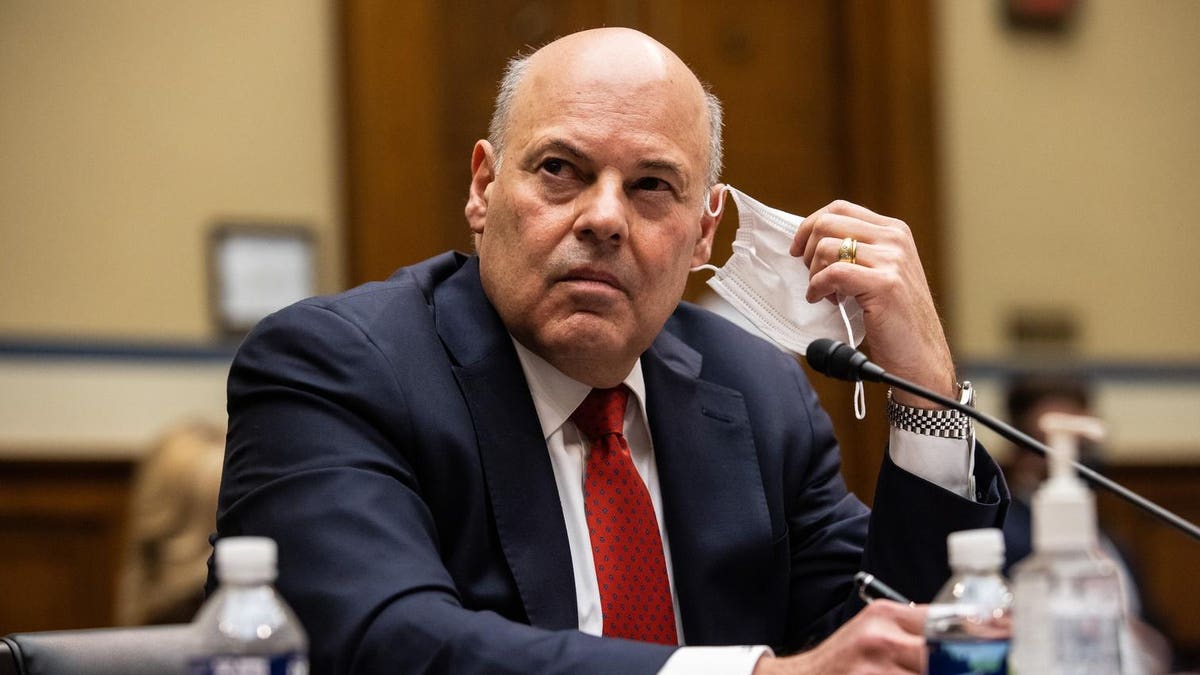 President Joe Biden announced two new nominees to the U.S. Postal Service’s board of governors Friday and will not renominate current board chair Ron Bloom, a Democrat—removing a key ally of controversial Postmaster General Louis DeJoy, whose ouster may now be easier with Bloom off the board.

Biden nominated Daniel Tangherlini and Derek Kan to the board to replace Bloom and Republican board member John Barger, respectively, whose terms expired in October.

Biden’s decision to nominate Tangherlini rather than reappointing Bloom comes after multiple Democratic senators said they would oppose any effort to keep Bloom on, and sources cited by the Washington Post, which first reported the news, say the move “casts doubt” on DeJoy staying on as postmaster general.

Bloom has been criticized for his vocal support of DeJoy and the recent 10-year plan he imposed at USPS—which has slowed down some mail—and also raised ethics concerns after the Post reported DeJoy had bought $300,000 in bonds from Bloom’s investment firm.

Tangherlini previously served as the Administrator of the General Services Administration, while Kan, a Republican, is an executive at ecommerce startup Deliverr who previously held roles at Lyft, Amtrak and as deputy director of the Office of Management and Budget.

The USPS board had already renamed Bloom as chair during its last meeting earlier this month, which some Biden-appointed members had opposed during the meeting, saying it was premature with his term expiring.

Biden’s new nominees may potentially be more amenable to voting out DeJoy, who can only be ousted by a majority vote of the nine-person board of governors, after the president already appointed three board members earlier this year who are expected to oppose him.

Rep. Carolyn Maloney (D-N.Y.), who chairs the House Oversight Committee that oversees USPS, said in a statement Friday she “strongly supports” Tangherlini’s nomination, saying his “years of public service and management experience in various federal agencies … makes him well-suited to help get the Postal Service back on track.” “It is my hope that Mr. Tangherlini, along with the rest of the Board of Governors, will begin to hold the Postmaster General accountable for the damage that has been done to the Postal Service’s operations and credibility,” Maloney said.”

Tangherlini and Kan will now have to be confirmed by the Senate before they can formally make it on the Postal Service board. Bloom and Barger will continue serving on the board until their terms formally expire December 8.

Democratic lawmakers and others have been pushing for DeJoy’s ouster for over a year now, since the postmaster general—a longtime GOP fundraiser—drew widespread controversy for imposing new changes at USPS that caused widespread mail delays. Though those changes have since been reversed, the postmaster general has continued to be a controversial figure, including for continued mail delays at USPS and DeJoy’s financial interests in companies that do business with the agency (USPS says DeJoy has recused himself from all matters that could be a conflict and divested some investments). He has also drawn more scrutiny in recent months after DeJoy’s new 10-year strategic plan went into effect on October 1, which the regulatory board overseeing USPS has criticized and 20 attorneys general have filed a lawsuit to block. Democratic legislators have put pressure on Biden to replace Bloom in order to facilitate DeJoy’s ouster, and 77 public interest groups urged Biden in a recent letter not to reappoint Bloom. “I sincerely hope that you will use this Board of Governors vacancy this December to appoint a qualified replacement capable of improving the USPS for its customers – the American people,” Rep. Raja Krishnamoorthi (D-Ill.) wrote in a November letter to the president.

DeJoy bought up to $305,000 in bonds from USPS board chair’s investment firm (Washington Post)

‘Get Used To Me’: Louis DeJoy Says He Has No Plans To Leave Postal Service (Forbes)