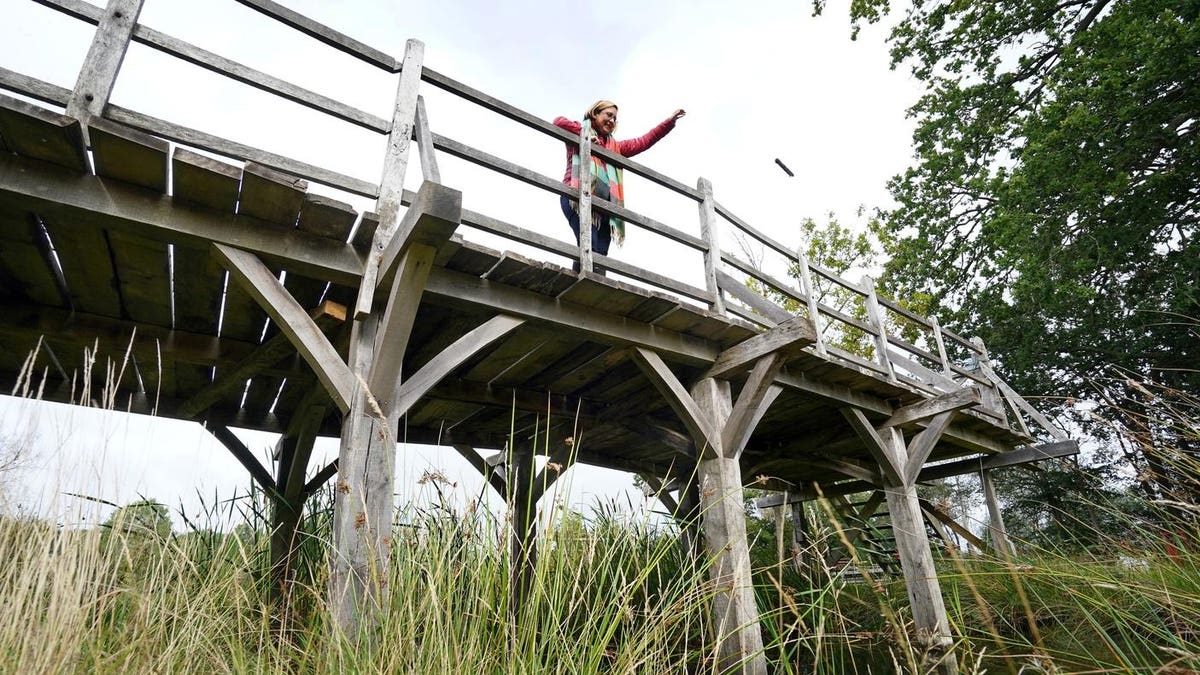 A restored and reconstructed bridge from East Sussex in England that inspired the game of Poohsticks in A.A. Milne’s Winnie the Pooh stories fetched more than twice its expected price at auction, it was revealed Thursday, with the winning bid placed by a British noble who also owns the property on which the fictional “Hundred Acre Wood” was based.

De La Warr — whose father was a childhood playfellow of Milne’s son Christopher Robin, the inspiration of the Winnie the Pooh stories — owns Buckhurst Park in East Sussex, which contains the forest known as the Hundred Acre Wood featured in the beloved children’s tales.

He outbid offers from around the world, with a specialist from the auction house saying they were “pleased” the bridge would be kept in the United Kingdom.

The Poohsticks Bridge dates from 1907, when it was known as Posingford Bridge, according to the auction house. It’s where author Milne and his son developed the game of Poohsticks (involving racing sticks under a bridge), which Christopher Robin in turn played with De La Warr’s father. The bridge itself has been reconstructed over the years, and was replaced with a sturdier new one, while the original was dismantled and put in storage before eventually being rescued.

“It will take pride of place on the estate, close to its original position, and I hope that many children (and adults) will be able to admire the original bridge which inspired one of the most famous games still played by children in the UK and abroad – Poohsticks,” said the bridge’s new owner, Lord De La Warr, in a press release.