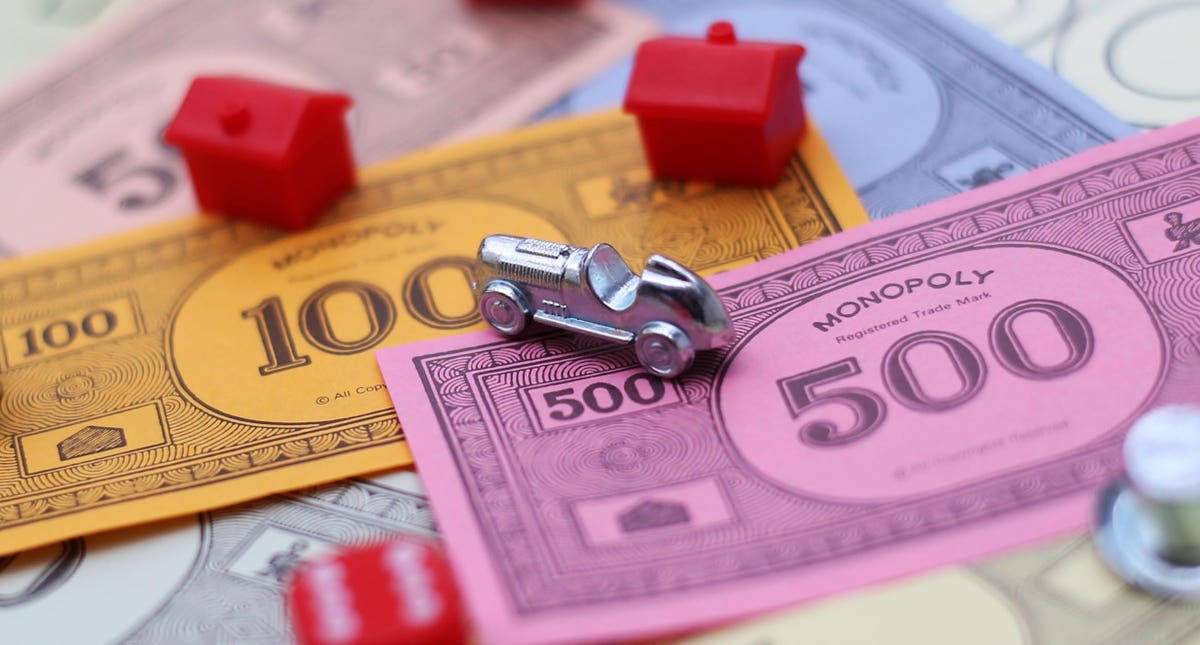 A couple weekends ago, friends and I were able to put together a trip to the Washington coast. The first day we were all together, the beach cabin we stayed in was thrashed by a beautiful storm that made staying inside the only option. While my friend made an improvised cassoulet hours after the cabin lost power, his wife and young daughters played Monopoly. It had been years since I played the game, but as we all rounded the board with our little aluminum pieces, it occurred to me how the game plays off an intuitive sense of the economics of rental housing. I decided that if I could get every American to play a few rounds of the game, we might change the way we’ve been making housing policy.

There is a must-read history of the game in the Smithsonian Magazine, Monopoly Was Designed to Teach the 99% About Income Inequality. The game was originally invented near the turn of the century by “an all-but-forgotten woman named Lizzie Magie, an artist, writer, feminist and inventor.” Her purpose was to teach people about why they were poor. Magie said, ““In a short time, I hope a very short time, men and women will discover that they are poor because Carnegie and Rockefeller, maybe, have more than they know what to do with.”

The game we play today was essentially a stolen version of the game sold by a man in the 1930s. But the essence of the game we have today isn’t all that different from Magie’s original design. The idea was to show how the housing economy work, to create an understanding of rents and how they functioned, either making people wealthier or driving them into bankruptcy.

In case you’ve forgotten, each player is issued about $1200 in Monopoly money, assigned a piece to move around the board based on the roll of two dice. Upon landing on a property, the player can buy it for the listed price or other players can buy it from the player at auction, usually for less than the stated value. Once a player has bought up a block of properties, the player can build housing or hotels on the space. When other players land on the space, they have to pay rent. Meanwhile, players face the possibility of landing on the Community Chest box which means drawing a card that can either be bad (a tax for example) or something good that advances their prospects. Landing in jail costs money too.

As I watched the game unfold, the girls, both 11 years old, began to see the importance of grabbing a whole block of property, even if it meant buying the last part of that block from another player above the stated price. It also became obvious that without people landing on the space and paying rent, a player’s bank account would get dangerously low – and when the money runs out, the player loses.

In spite of Magie’s intention, the game makes the “game” of real estate vividly clear. When you spend your limited resources to build a portfolio, you have to have rent to cover that cost. You’re still facing costs from landing on other players properties, utilities, taxes, and possibly going to jail. And if you’re aggressive at buying up property, and get few renters, you’ll have lots of spaces on the board, but little cash.

I teased the kids and said that, “Because of Covid, Uncle Roger is imposing a ban on eviction; so, if people can’t pay rent – or don’t want to, they don’t have to pay.” That was upsetting to them. Even at their age and playing the game for the first time, they understood immediately that such an arbitrary edict would imperil them. “But Uncle Roger is also going to issue $500 in stimulus to every player because of Covid.” They didn’t seem to get the implications of this inflationary move.

Now, players couldn’t collect rent, but had more money to buy properties. Bidding went higher and higher for the land because players could propose preposterous amounts to secure properties that they couldn’t collect rent from. But all the money kept the game going in spite of the limits. Soon, the bank was running short on money, players had money they couldn’t spend, and no rent was being collected.

I don’t think the kids understood the complex economic lesson, but I think focus groups of adults would get it; when the government intervenes in the game for arbitrary reasons, perverse incentives are created that end up making the outcome seem unfair, more unfair than landing in jail or having to pay a big tax. Anyone playing the game would see that preventing collection of rents after purchases of land and construction of housing would put players at risk of bankruptcy, even while creating a benefit from not having to pay rent themselves.

Perhaps housing should be a right, an entitlement. But even if it was, someone has to pay to acquire land and construct housing. How would those costs be offset? And if there wasn’t enough “free” housing, what would people do if they still couldn’t afford it. Clearly, rationing would take the place of a price system. Making housing a right without enough housing is worse than the price system that tells us when we need more: prices go up.

We may not like the fact that most housing is provided by people who took the risk to finance the purchase of land and the construction of housing. But taking away the ability of people who did take that risk to recover their costs and pay their own bills isn’t something that anyone would think is fair. And imposing fiats on the process – like endless eviction bans – and failing to get help to those people who truly need it, has made the Covid problems in the housing market decidedly worse. Maybe one day I can get members of city councils, legislators, and bureaucrats together at the beach for a cassoulet, capitalism, and the basics of rental housing economics. I think it would be a far more effective intervention than anything else we’ve tried so far.