Cuban Government Lifts Restrictions On Import Of Food, Medicine In Concession To Protestors 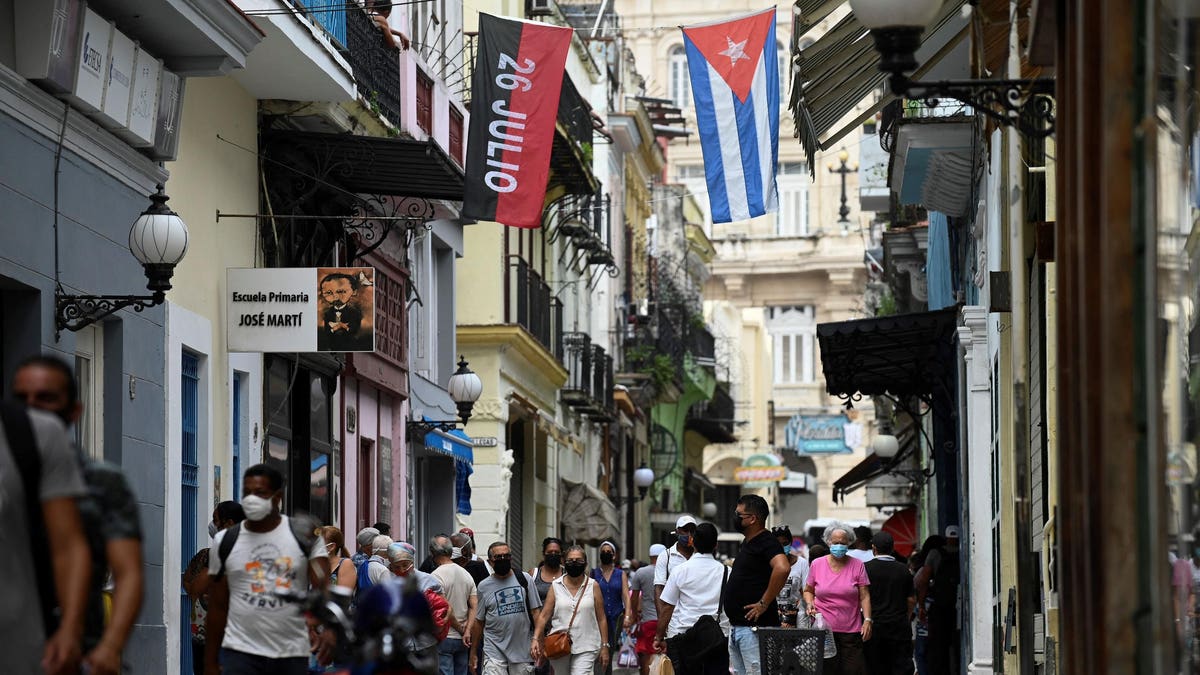 The Cuban government on Wednesday said it will temporarily lift restrictions on the quantity of food and medicine incoming travelers could bring into the country, a move that appears to be a minor concession to the demands made by protestors who took to the streets earlier this week.

The lifting of restrictions will allow travelers to bring in unlimited food, medicines and hygiene products without having to pay customs duties.

In a televised address on Wednesday, Cuban Prime Minister Manuel Marrero said the measures will go into effect on Monday and it will stay in place until the end of the year.

Marrero said he expects the move to have a more significant impact on people’s lives after normal air travel resumes as the Cuban government has currently restricted the number of incoming flights due to the Covid-19 pandemic.

Cuban President Miguel Diaz-Canel also appeared on the broadcast but struck a less confrontational tone compared to earlier and said the government needed to critically analyze the protests.

Diaz-Canel said the protestors could be classified in three groups and claimed that some of them were counter-revolutionary mercenaries, some were criminals but conceded that there were also people with “legitimate” frustrations whose concerns have not been addressed properly by state institutions.

Cuban journalist and government critic Yoani Sanchez dismissed the measure and suggested it is not enough to assuage the concerns of protesters. She tweeted: “We don’t want crumbs, we want freedom and we want it now. The streets have spoken. We are not afraid.”

On Sunday, thousands of Cubans took to the streets to protest the shortages of food and essential medicines, curb on freedom and the government’s handling of the Covid-19 pandemic. The protests which broke out in multiple cities was the biggest public uprising the communist-run state has seen in several decades. The Cuban government moved to crackdown on protests and called on the government’s supporters to take to the streets in response. The Cuban leadership claimed, U.S.-financed “counter-revolutionaries” were behind the protests and said Cuba’s current hardship was caused by Washington’s stringent sanctions against the island nation. The government’s response, however, was criticized by several high-profile Cubans including salsa band Los Van Van to jazz pianist Chucho Valdes who have urged the Cuban leaders to listen to the protesters instead of fighting them.