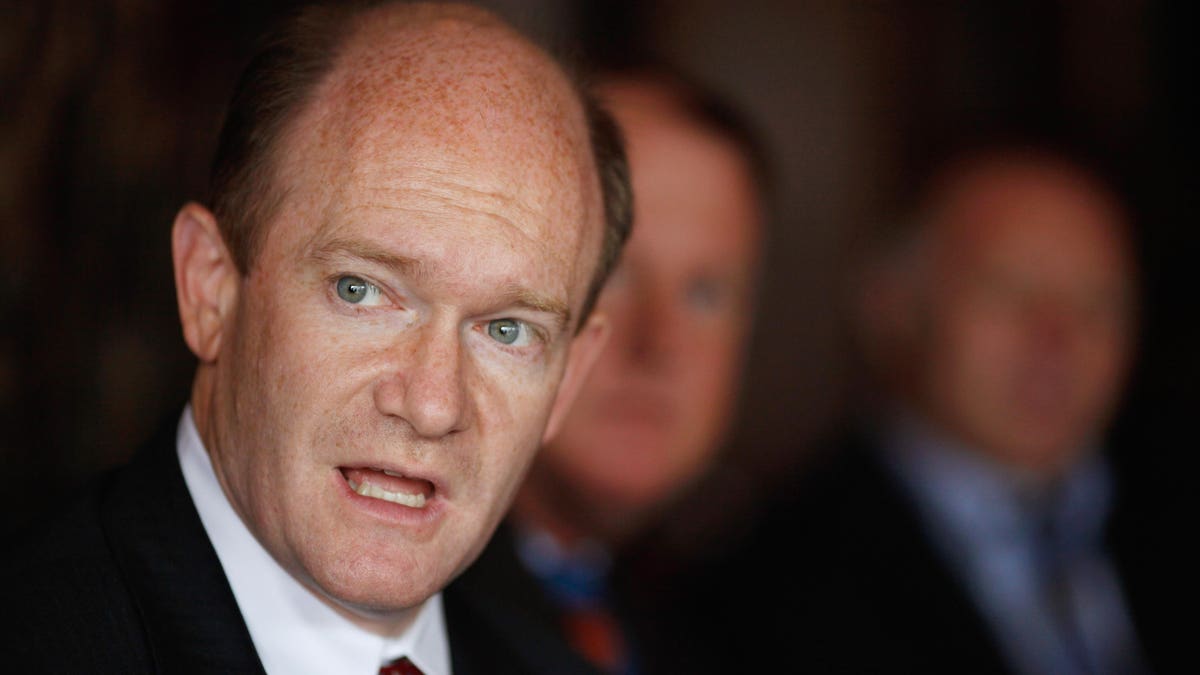 Doubling down on their party’s push for clean energy, Sen. Chris Coons (D-Del.) and Rep. Scott Peters (D-Calif.) reportedly plan to announce Monday a new import tax for countries failing to meet U.S. carbon emissions standards as part of a proposal they’re hoping to tack onto Democrats’ massive $3.5 trillion reconciliation bill, which itself faces a very uncertain fate in Congress.

According to the New York Times, the tariffs would start in 2024 and apply to about 12% of U.S. imports, which last year totaled more than $2.3 trillion.

Though an exact amount is still unknown, the tax would be on par with the environmental fees levied against American companies under state and federal regulations and is expected to raise between $5 billion and $15 billion each year, according to the Times.

Coons and Peters reportedly plan to package the proposal into the Democratic infrastructure proposal released Wednesday, with Coons saying in a statement the tariff is meant to “complement” the climate policies Democrats hope to include in the budget package.

The offices of Coons and Peters did not immediately respond to Forbes‘ request for comment.

“We must ensure that U.S. workers and manufacturers aren’t left behind and that we have tools to assess global progress on climate commitments,” Coons told the Times about the proposal.“We have a historic opportunity to demonstrate that climate policy goes hand-in-hand with providing economic opportunities as U.S. innovators develop and scale clean energy technologies.”

“They’re proposing a border tax because they know punishing regulations and taxes will drive U.S. businesses overseas,” Sen. John Barrasso (R-Wyo.), the lead Republican on the Senate’s energy committee, said in a statement to the Times.

President Joe Biden first unveiled his infrastructure proposal in March, but the plan has faced tough opposition from Republicans and Democrats alike, prompting them to pursue two different efforts in hopes one pans out. Senate Democrats on Wednesday released a $3.5 trillion infrastructure framework in case they can pass a budget resolution bill on their own later this summer using the Senate’s special reconciliation process. Reconciliation would allow Democrats to pass certain spending bills with just 51 votes instead of the usual 60, but it would still require all 50 Senate Democrats to sign on, including more moderate members like Sens. Joe Manchin (D-W.V.) and Kyrsten Sinema (D-Ariz.). Manchin, for one, told reporters on Wednesday he was still concerned the $3.5 trillion plan would cost too much and wanted more details on how it would be paid for. Meanwhile, a bipartisan group of 22 senators has been working on a much smaller $953 billion bipartisan plan since late June to quell concerns chief among Republicans—namely, that Biden’s proposal is too big and takes on too much outside traditional infrastructure.

Farhan Akhtar’s fitness transformation for Toofaan will shock you