Despite 101 Losses, Pittsburgh Pirates Insist They Like Their Direction 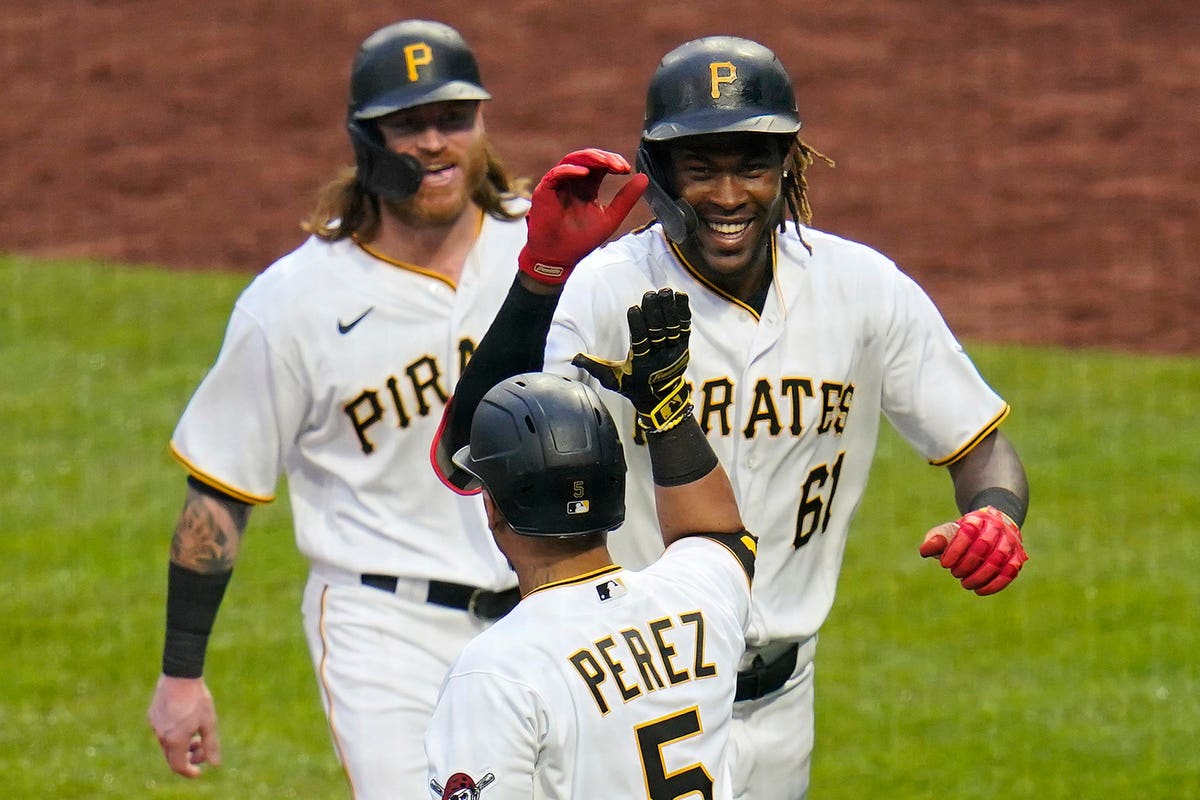 It is an attitude that seems odd at face value. The Pirates just finished the season with a 61-101 record, the ninth time in franchise history they had triple-digit losses.

Yet despite a third straight finish in the National League Central basement, the Pirates insist things are going well.

No one doubts the attitude has been better, both on and off the field, since Shelton took over prior to the 2020 seasons. However, the Pirates are just 80-142 during Shelton’s two years in charge.

The .360 winning percentage aside, Shelton is in no danger of being replaced with one year remaining on his contract. General manager Ben Cherington is a big fan of the man he hired as manager not long after joining the Pirates in November 2019.

“He pours so much into the job,” Cherington said. “He’s so much fun to be around. I believe our team has responded to that through the effort and perseverance. We’re seeing improvements from the team in different areas, so I’m just really excited to continue to work with him.”

However, there was also a whole lot of losing and bad baseball as the Pirates went 36-78 between those stretches.

Yet don’t look for the Pirates to make any significant roster changes during the offseason. They are highly unlikely to sign a top-tier free agent and they don’t have many veterans left to trade after dealing Adam Frazier, Josh Bell, Joe Musgrove and Jameson Taillon since last December.

“We should be incredibly busy in exploring trade opportunities, exploring free-agent opportunities, but need to do that in a way that fits with the strategy that makes sense to build a winning team,” Cherington said. “Because we know that so much of our success will need to be driven from improvement from young players.”

In other words, the Pirates are going to keep playing the kids even if it likely means another long season in 2022.

The Pirates have improved their farm system in the nearly two years that Cherington has been on the job. He netted quite a few prospects in trades and the Pirates got high marks within the industry for their haul in the amateur draft this season.

The Pirates got a small glimpse of the future last week during the final days of the regular season when 21-year-old right-hander Roansy Contreras and 6-foot-7 shortstop Oneil Cruz were called up from Triple-A Indianapolis for big league cameos.

Contreras pitched three scoreless innings against the Chicago Cubs. Cruz, 23, went 3 for 9 with a home run in two games against the Cincinnati Reds when he also hit a single with a 118.2-mph exit velocity and became the tallest shortstop in Major League Baseball history.

“I hope that players like myself do bring hope to this community, this city and organization,” Cruz said. “But in all reality, I just want to win. I’m up here, and I want to help this organization win. I dream about being a champion, even if it’s just for one year, but I want to be a champion.”

A championship seems far off from the Pirates, who haven’t been to the World Series since 1979 or won a division title since 1992. A case can made that, until Contreras and Cruz arrived, the only potential long-term building blocks on the major league roster were All-Star center fielder Bryan Reynolds, third baseman Ke’Bryan Hayes and reliever David Bednar.

The Pirates do have more premium prospects beyond Contreras and Cruz, who figure to begin next season back at Indianapolis. The Double-A Altoona roster should include right-hander Quinn Priester, second baseman Nick Gonzales and shortstop Liover Peguero.

The Pirates used the first overall pick in this year’s draft to select catcher Henry Davis from the University of Louisville. He could reach the major leagues quickly.

So, while the present it bleak and prospects turning into big league stars is never a sure thing, it is understandable why the Pirates are feeling optimistic about the long term.

“Over time, the (prospects) will become more visible as that roster grows, and the seeds of that, we believe, have started,” Cherington said.