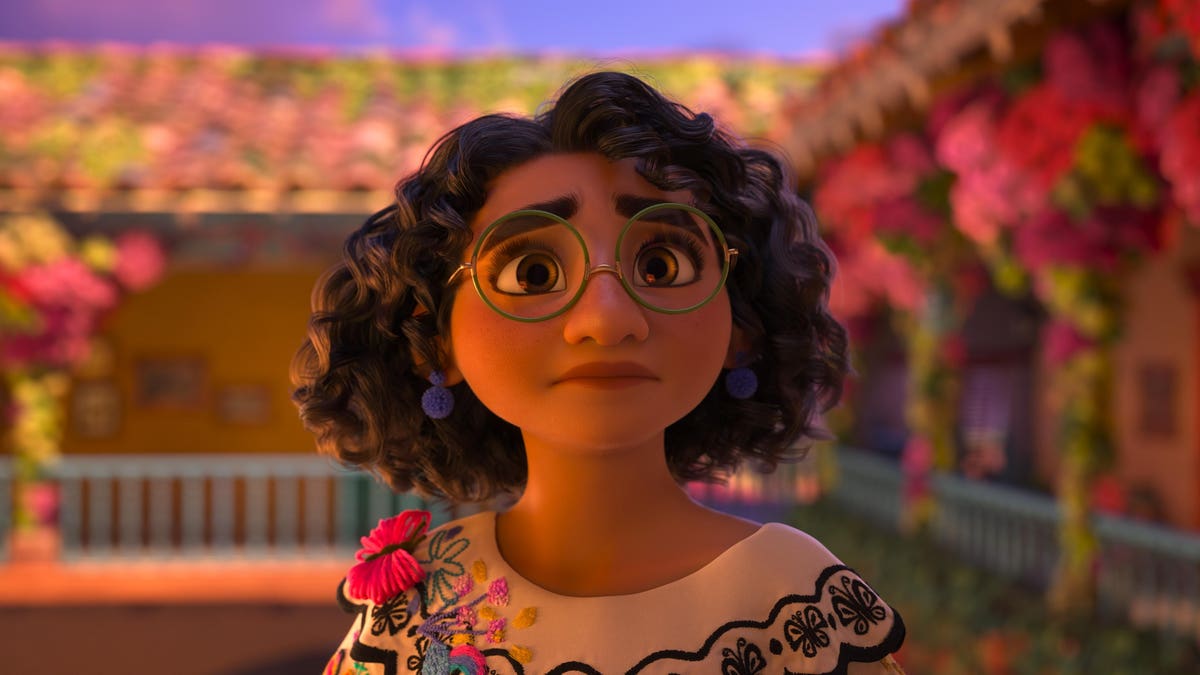 The post-Thanksgiving weekend is generally filled with sharp drops for holdovers, and this year was no exception. Walt Disney’s Encanto earned $2.97 million on its second Friday, falling a harsh 73% and setting itself up for a $12.29 million (-55%) second weekend gross. To be fair, a 73% Friday-to-Friday drop is absolutely on par with previous Disney Thanksgiving releases. Frozen dropped 75% on its second wide release Friday, and it’s a better hold than The Good Dinosaur which fell 78% on its tenth day. However, the opening weekend grosses ($40 million) are basically half of what was previously expected in pre-Covid times from a Thanksgiving Disney toon, so that it didn’t hold any better isn’t exactly good news.

The acclaimed Colombian folktale will have just $57.5 million in ten days. That’s about what The Good Dinosaur bombed with ($55 million) in is initial Wed-Sun debut in 2015. If it legs like Ralph Breaks the Internet and The Good Dinosaur (around 1.6x its 12-day total), Encanto will end with over/under $95 million. If it legs like Moana, Coco and Tangled (around double its 12-day cume), it’ll end just under $120 million. It could pick up steam like Frozen (2.9x its post-Thanksgiving weekend cume) and end up topping $170 million, but that’s unlikely.

As tempting as it is to just blame Covid, audiences are showing up to Ghostbusters: Afterlife, Venom: Let There Be Carnage and Halloween Kills in as-expected numbers. I fear the real issue is a hesitancy, going back to well before Covid, of folks to show up for an original or non-sequel toon.

Sony’s Ghostbusters: Afterlife earned $2.71 million (-72%) on its third Friday, setting the stage for a $9.64 million (-60%) weekend as it tops $101.5 million by tomorrow night. That’s a third-weekend hold on par with the first Fantastic Beasts (-60%), implying that Afterlife might just stick it out over the Christmas holiday and end up with close to triple its $44 million domestic debut.

That’ll give it around $130 million domestic, or on par with the $126 million cume of Ghostbusters: Answer the Call. But, again, this legacy sequel cost just $75 million compared to the $144 million spent on the last one. Sony did the exact opposite thing and got the same result, but they budgeted in expectation of just such a thing. So now Afterlife will probably get a $90-$110 million sequel.

Disney’s Eternals earned $1.06 million (-66%) on Friday for a $3.85 million (-51%) fifth-weekend gross and $156.4 million domestic cume. Eternals is going to sell fewer tickets in North America than any prior MCU film, besting even The Incredible Hulk ($132 million in 2008/$171 million adjusted). Marvel will be fine, but it’s hard to argue that Eternals is anything other than Marvel’s second genuine bomb.

Warner Bros.’ King Richard, which nabbed the Best Actor prize from the National Board of Review, earned just $360,000 (-74%) on Friday for a $1.22 million (-63%) weekend and $13.42 million 17-day cume. When WB slates an almost entirely IP-driven slate for theaters next year, we have only ourselves to blame.

Paul Thomas Anderson’s Licorice Pizza will earn $205,000 (-41%) in four theaters for a still-huge $51,318 per-theater average. That’s double the per-theater averages that The French Dispatch and C’mon C’mon earned on their opening weekends. That may not mean anything for its mainstream potential, as it’s still a star-free, non-IP, period piece coming-of-age story, but it sure as hell doesn’t hurt the film’s award season momentum. I’d like to think that MGM will expand the movie just a bit between now and Christmas, as the interest (relatively speaking) is clearly there. Anyway, the $40 million Cooper Hoffman/Alana Haim dramedy has earned $743,000 in ten days.