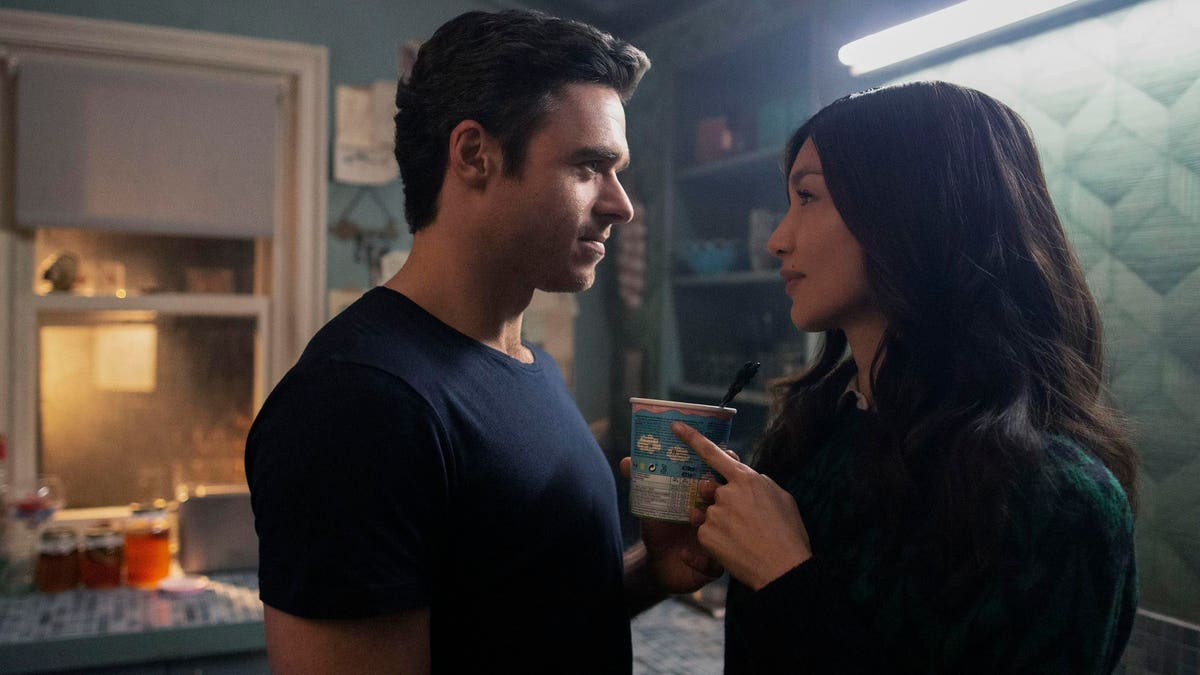 In holdover news that isn’t No Time to Die ($150 million domestic and $708 million worldwide), Eternals earned another $27.5 million, dropping a harsh (for Marvel) 61% in weekend two. It’s just ahead of the 62% drops for Ant-Man and the Wasp and Spider-Man: Far From Home, while safer than the 68% drop for Black Widow (which was on Disney+ Premier Access for an extra $30). It held better than Venom: Let There Be Carnage (-65% after a $90 million weekend) and has now earned $118.8 million in ten days of domestic release. If it doesn’t skew excessively in any direction, it should end its domestic run with around $165-$170 million. A little Disney magic in terms of long theatrical legs (even with Encanto and West Side Story on tap) could at least push it closer to the $176 million-$184 million likes of Captain America, Thor, Ant-Man and Black Widow.

However, it held quite well overseas, dropping 49% outside of North America for a solid $48 million foreign gross and overall $75 million worldwide weekend. That gives the $200 million Chloe Zhao-directed fantasy a $162.6 million overseas cume for a $281.4 million worldwide cume. If this continues unabated, it could absolutely end up neck and neck with Shang-Chi and the Legend of the Ten Rings ($430 million albeit on a $150 million budget). It’ll still probably end up below Venom: Let There Be Carnage (which crossed $200 million domestic and has now earned $441 million global), but the game is clearly not over yet. Offhand, $430 million x 1.15 (accounting for Covid variables) + $105 million in China (which now probably won’t happen) would have given Eternals a respectable $600 million global cume. Considering the reviews, buzz and comparatively uncommercial property in play, that would have been fine.

Eternals’ softer-than-hoped domestic business was good news for Dune, which finally started pulling its weight in terms of domestic drops. The $165 million sci-fi fantasy earned another $5.5 million, dropping just 29% in weekend four and bringing its cume to $93.126 million. So, yeah, unless it gets stomped by Ghostbusters: Afterlife next weekend, it should pass $100 million over Thanksgiving. WB’s hope/plan is for the film to pick up steam (or at least stick around) after it leaves HBO Max and continues to play (alongside the terrific King Richard) as WB’s big Oscar season competitor. Meanwhile, it earned another $7.7 million overseas for a new cume of $351.2 million. That includes a 3% rise in South Korea, for a new $11 million cume. At a glance, the film should be heading for a $380 million global cume. It’s not quite a rate-of-return win, but I wouldn’t bet against Dune part Two.

Meanwhile, Sony’s Venom: Let There Be Carnage earned another $4.1 million (-10%) for a new $202.7 million domestic cume. That puts it within spitting distance of The Amazing Spider-Man ($202.8 million in 2014), Bad Boys For Life ($204 million in early 2020) and Thor: The Dark World ($206 million in 2013). The $110 million Tom Hardy/Woody Harrelson sequel has earned $441.5 million worldwide, with a likely global cume of around $465 million along with whatever it earns in Australia (November 25) and Japan (December 3). And if it can get a China release, well, it won’t equal the $269 million of the first Venom, but it won’t hurt either. The surprisingly good Ron Gone Wrong has earned $20.8 million domestic and $53.6 million worldwide. I don’t know the budget, but I’m happy to see this thoughtful look at how social media replaced rather than supplemented human relationships sticking around.

Speaking of not going quietly into the good night, Wes Anderson’s The French Dispatch earned $1.8 million (-29%) in weekend four for a halfway decent $11.6 million 24-day cume. The $25 million film has already earned $14.7 million overseas and $26.3 million worldwide cume. If it becomes part of the Oscar race, it could be a genuine theatrical hit. For a film that Film Twitter swears that Disney has been trying to bury, it’s certainly not going anywhere. Spenser earned $1.531 million in 1,265 theaters, dropping just 27% from its $2.104 million debut weekend. Considering the arthouse/less-than-commercial nature of the film, that’s a credit to NEON and/or the respective fanbases for Kristen Stewart and the late Princess Di. Halloween Kills earned $1.07 million (-54%) for a new $91.5 million domestic and $130 million worldwide total. That’s on a $20 million budget and with concurrent availability on Peacock.