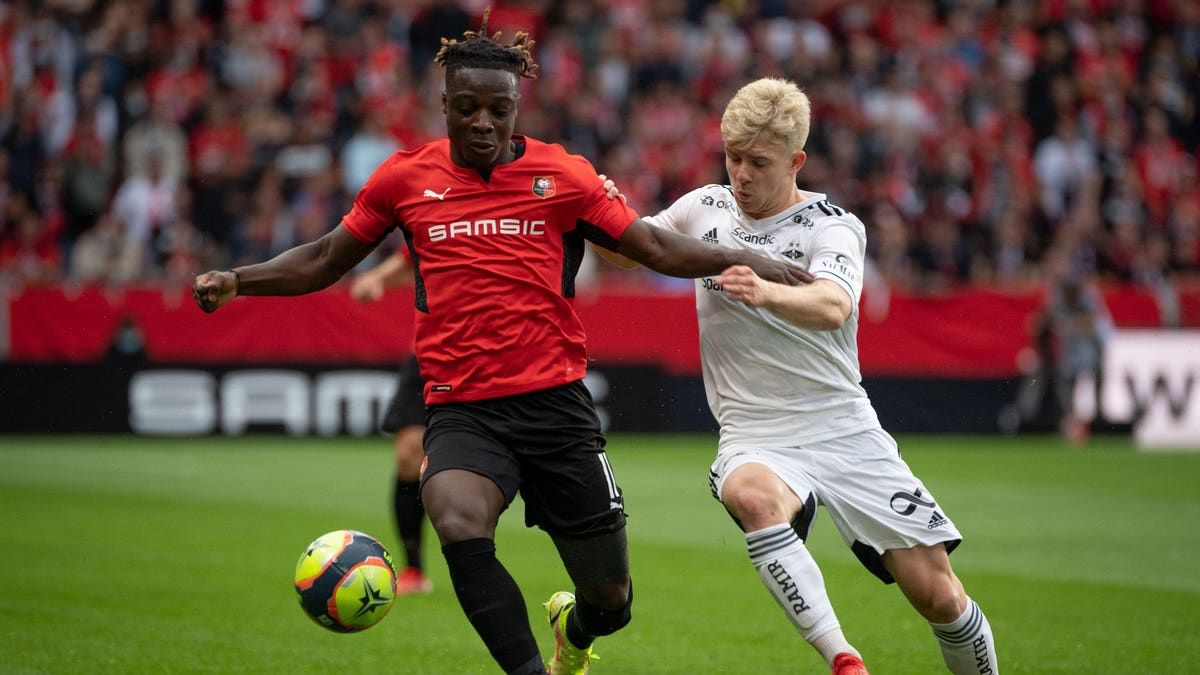 Xavi has landed as FC Barcelona’s new head coach and is set to make his debut in the dugout against Espanyol on Saturday.

Already, the tactician has been boosted by the arrival of former teammate Daniel Alves, who even if at 38 might not be the player he once was, can add a wealth of experience to the dressing room and take the club’s promising young players under his wing.

Even in times of financial limitations, however, Barca reportedly want more youth in their ranks to link up with La Masia promises Gavi, Ansu Fati and Nico Gonzalez plus fully-fledged Spain international Pedri.

The latter’s La Roja teammates Dani Olmo and Ferran Torres have long been fancied by those at Camp Nou, but with the Olmo priced at €75mn and the Manchester City forward possibly fetching more, these are not options for an outfit in over $1bn’s worth of debt.

Karim Adeyemi seems more achievable at around 35mn but would still be a push. Yet in the meantime, Mundo Deportivo report that two more budding talents have entered the club’s crosshairs.

Namely, they are Jeremy Doku, signed by Rennes from Anderlecht for €26mn this summer, and Artur Victor Guimaraes of Red Bull Bragantino in Brazil.

Of the pair, Guimaraes is considered to be more low cost at around $7mn and has already made it known that his dream “is to play at the Camp Nou, where my great idols played – great names in world football, my idols from Brazil.

“I always wanted to play there and I’m going to work. for that to happen one day,” he added in a recent interview with AS.

Doku is touted as a possible replacement for Ousmane Dembele should the World Cup winner liked by Xavi not extend his terms and depart before the 2022/2023 season. Similarly, though, while having also passed through Rennes, he also suffers from frequent knee injuries that might put any potential buyer off.

All will be made clearer in January, when Barca can also try and offload unwanted players to free up more funds for reinforcements and make room on La Liga’s strict salary cap.

Investment Tips Ppf Vs Sip Simple Calculation To Understand How Fast You Can Be A Crorepati By Investment
Posted onMay 24, 2022May 24, 2022