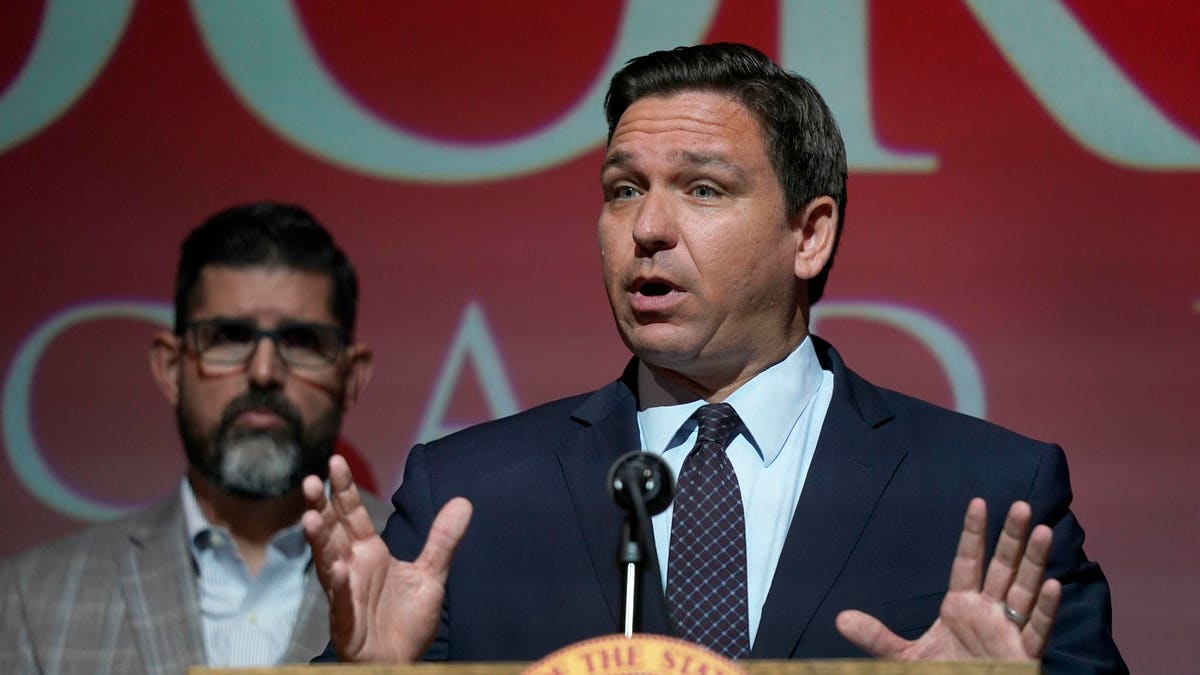 The bills, which came out of a special session DeSantis called in order to pass a vaccine mandate ban, were passed Wednesday by the state legislature before heading to the governor’s desk.

While DeSantis had pushed for banning employer vaccine mandates entirely, the final bill passed by the legislature bans vaccines for public sector employees, but just requires private companies to adopt more exemptions to any vaccine requirements, such as “pregnancy or anticipated pregnancy,” a prior Covid-19 infection, regular testing or using personal protective equipment.

Any employer that doesn’t comply with the law will be subject to a fine of $10,000 per employee if they have fewer than 100 workers and $50,000 per violation if they have more than 100, and a separate bill makes any investigations into businesses accused of violating the law private until they’re completed.

The bill also strengthens the state’s prohibition on school mask mandates by prohibiting school districts from mandating masks—stating only parents can make that decision—or blocking a student from attending school if they’ve been exposed to Covid-19, as long as they’re asymptomatic and haven’t tested positive.

In response to the Biden administration’s directive for all large employers to impose vaccine-or-test mandates, done through the Occupational Safety and Health Administration (OSHA), another bill directs DeSantis to develop a plan by January to pull Florida out of OSHA and develop a state-led replacement to it.

The fourth bill strips the state’s Surgeon General of their authority to mandate vaccinations “by any means necessary,” a power that was bestowed in 2002 as part of broader measures passed in the aftermath of the September 11 attacks and amid fears about anthrax.

“We hear so much about these things—mandates, restrictions—tearing people down. Today, we lift people up,” DeSantis said Thursday, calling the state’s vaccine mandate bill “the strongest piece of legislation that’s been enacted in the country” against vaccine requirements.

DeSantis signed the bills Thursday at a Honda dealership in Brandon, Florida, which many took as a reference to the anti-Biden slogan “Let’s go, Brandon.” “We’re proud to be able to make a stand for freedom in Brandon, Florida,” DeSantis said, though he would not explicitly confirm the location was chosen because of the rallying cry.

The Republican-led legislature’s proposals were largely opposed by Democrats, though some joined Republicans in supporting the bill keeping employer vaccine mandate investigations private. “Does this session make us safer? No, it doesn’t. Does it address the problems of everyday Floridians? Absolutely not,” Democratic state Rep. Kamia Brown said as the vaccine mandate bill was debated. “Two years ago we could only hope and pray for a vaccine … now here we are politicizing something we should be celebrating.”

How Florida’s restrictions on vaccine mandates will work given the federal government’s directive on them. The White House’s OSHA mandate requiring vaccine-or-test mandates has been blocked in court but the litigation is still playing out, and other vaccine requirements for federal contractors and healthcare facilities using Medicare and Medicaid are so far still in effect. If the requirements end up holding up in court, that would set up a clash between the state and federal rules that may have to be resolved by the courts. Many employers may eschew the state requirements and risk state fines because the federal government’s rules take precedence, as some major companies in Texas—which has an employer vaccine mandate ban—have already done.

The four bills signed into law Thursday are the latest in a string of steps DeSantis and the Florida government have taken to oppose Covid-19 mitigation measures. The state had already passed such measures as prohibiting local governments from enforcing Covid-19 restrictions like mask mandates and blocking companies from requiring proof of vaccination, and the state has started levying hefty fines on employers who haven’t complied with the vaccine passport ban. Florida has also sued the Biden administration over its vaccine requirement for federal contractors and the OSHA vaccine-or-test rule. DeSantis, a high-profile Republican who may be eyeing a 2024 presidential bid, has heavily criticized the Biden administration’s Covid-19 response, and though he was vaccinated against Covid-19, he has been at times skeptical of the shot and has refused to say whether he’ll get a booster shot.