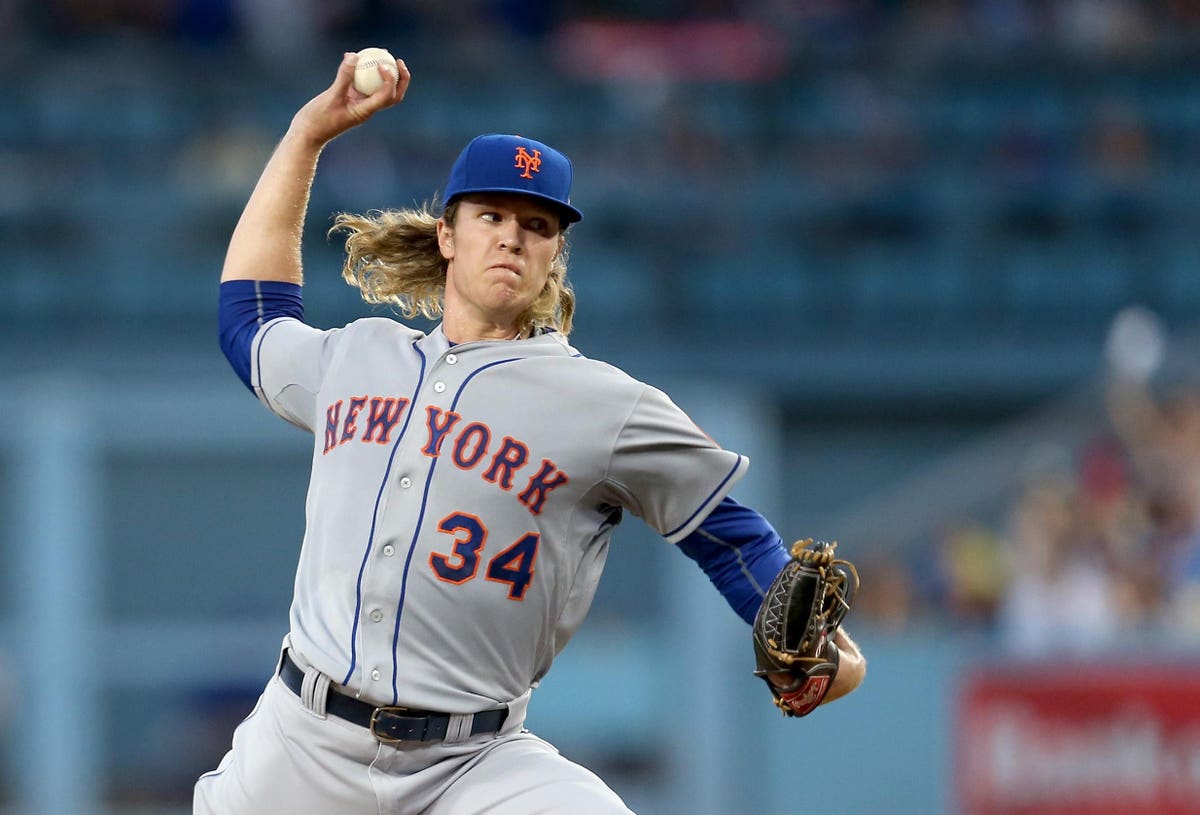 The loss of Noah Syndergaard isn’t the issue. Not really.

The Los Angeles Angels announced Tuesday they’d signed Syndergaard to a one-year, $21 million contract. That topped the qualifying offer of $18.4 million Syndergaard had received from the Mets.

Purely in isolation, it is possible to think the Angels overpaid for Syndergaard, who barely pitched in 2020, or that the Mets will end up getting the better of how this turned out. But focusing on outcome here really misses the bigger issue.

The Mets, a 77-85 team last season, with an in-prime Jacob deGrom, Francisco Lindor and Pete Alonso, are missing their window to improve this team.

Let’s take what happened with Syndergaard as an example. Joel Sherman reports that once the Mets extended the QO, they didn’t contact Syndergaard again, even as numerous other teams expressed interest. That meant, a player who planned to stay in New York, for the week he had to consider staying or leaving, heard only about what it would mean to play elsewhere.

Let’s say the Mets felt Syndergaard was worth $18.4 million, but not a penny more — a strange thing to believe in a salary cap-free league, owned by Steven A. Cohen and his $14 billion fortune, but let’s just accept this for argument’s sake. Is it so hard to believe that spending the week keeping Syndergaard in the loop on the general manager search, hearing him out on what he’d like to see in a manager, all could have helped keep him without having to pay a penny more? Or even, an ongoing dialogue would have allowed the Mets to keep him for slightly more? Or even, that those conversations could have kept him, in this week’s time, from having so many other conversations, to help run out the clock?

The point is, the Syndergaard decision reads less like something the Mets did, and far more something that happened to them. We’re now well over halfway through November, and the Mets don’t have a general manager. It appears they are close to adding Billy Eppler, but as of Wednesday afternoon, still hadn’t announced it.

Here’s the twofold problem: while the Mets have been searching for a general manager, business has been conducted. The Blue Jays extended Jose Berrios. The Tigers added Eduardo Rodriguez. Even things like minor trades — Mike Brousseau to the Brewers — have been happening.

There are capable baseball folks in baseball operations, to be sure. Will their vision for the team meld with the new hire? Is there any real story to sell free agents on, when there’s not even a general manager or a manager to meet with them?

Let’s say the Mets got the front office hires absolutely right. They’re still going to have done so giving up six weeks of the offseason, effectively, for a team whose season ended the first weekend of October, and several weeks of free agency.

And it could be worse than that: with a CBA set to expire at month’s end, we could see an offseason that freezes. Anticipating this, we’re hearing reports about players looking to sign early, adding an additional time pressure to the market amid the Mets simply showing Eppler where the executive washroom is.

The Angels’ general manager, Perry Minasian, flew across the country to meet with Syndergaard. He was a clear priority. Maybe that will turn out to be the right call, maybe not.