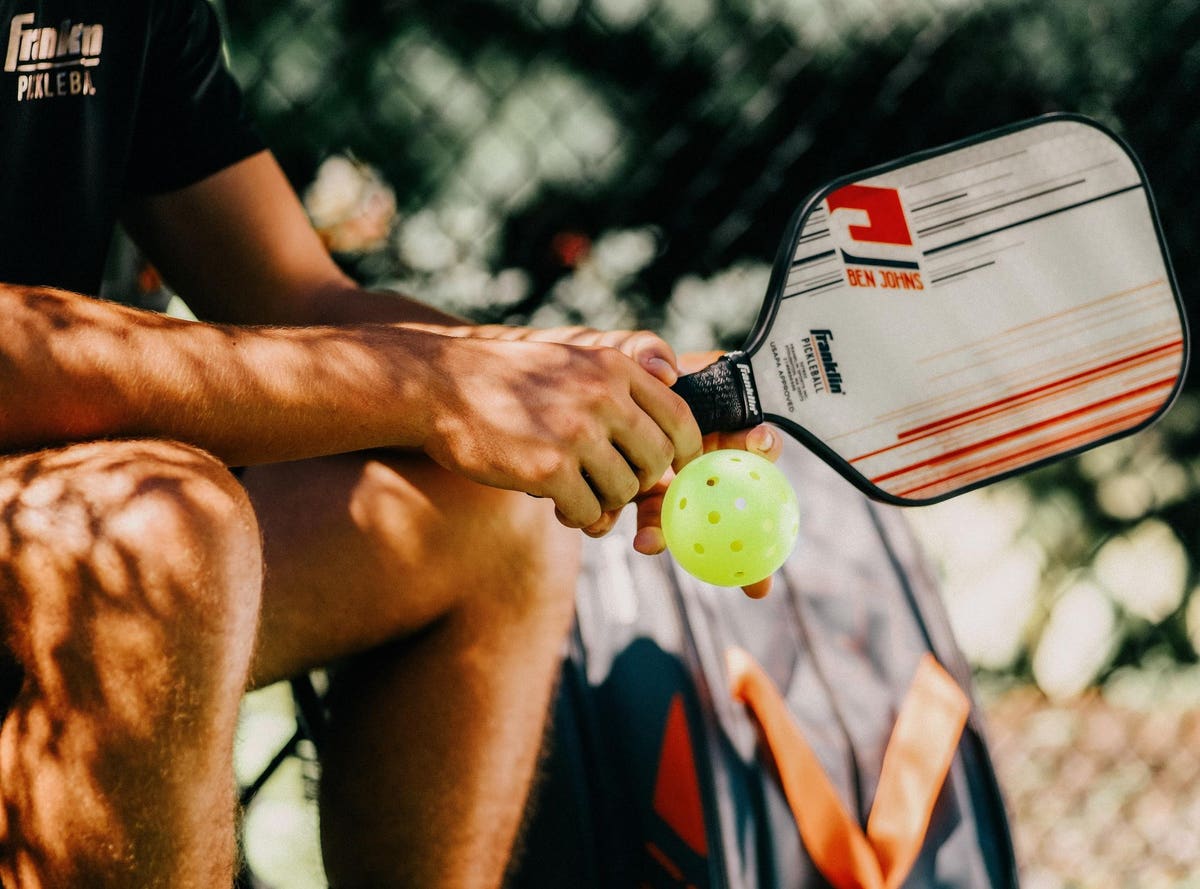 A Bainbridge Island, Washington, backyard gave birth to pickleball in 1965. But the last couple of years have given rise to a sport that is now the fastest-growing in the United States and seeing technological evolutions designed to improve the game’s equipment.

As pickleball grew to 4.2 million players in the U.S. in 2020, a 21.3% increase from 2019, according to USA Pickleball, fans of the game now have more choices than ever in tech-focused paddles and the game’s most popular ball.

Franklin Sports, founded in 1946, entered pickleball after a friend of Larry Franklin, then-president and the second Franklin to hold the position, chatted with a friend in 2016 about the popularity of the sport within weeks of a retail partner requesting Franklin provide pickleball product.

Adam Franklin, current brand president and third-generation leader of the company, says the company immediately started researching the sport and landed a “massive commitment” from Wal-Mart that propelled them into the space, choosing to enter from the bottom up, launching affordable price point paddles and balls to welcome new players. That was just a start, though. Franklin had a goal from the outset to completely own one part of the game: the ball.

“We spent two years in R&D sampling, testing, trying all different types of formulations for the ball,” Adam Franklin says. “After two years with our factories and players we launched the X40, now the premier ball in the sport.”

The ball is now in over 30,000 retail stores and the market share leader in pickleball balls “by a long shot.”

The key, says Adam Franklin, is durability. When Franklin entered the mix there were two leading balls, one quite hard that wasn’t durable and one rubbery that didn’t give a true pickleball feel because it was too bouncy. “We took both of those balls and met them in the middle,” he says, “durable and harder, but it doesn’t have any type of rubber compounds in it. The recipe is under lock and key and it involves a plastic powder formula, a certain amount of that, a certain temperature we cook the plastic at and a post-production process to clean the ball. The whole thing is a very complex process.”

The Tech Behind Paddles

While Franklin started at the entry level in paddles, it quickly moved to the high-end of the game, partnering with Ben Johns, the current No. 1 player in the world. A mechanical engineering student at the University of Maryland, Johns helped design and build the paddle he uses today, now one of the top-selling paddles on the market alongside other popular paddles from the likes of Prince, Amped, Bantam, Kinetic and Babolat.

The key technologies in a paddle come from the core, but the face and grip play important factors too. Curtis Smith, CEO of Paddletek, the Prince licensee, says the Prince Pickleball products changed the shape of the paddle when they entered the market in 2018 to optimize the sweet spot, eliminating straight lines. Smith says the Prince Spectrum Pro and Response Pro—used by world No. 1 female player Simone Jardim and the brand’s top seller—have the largest percentage of “sweet spot” or playing surface in the industry. The newer Quantum Pro offers a longer shape and extended handle and is growing in popularity.

The Prince core is a polymer honeycomb using progressive core technology that Smith says ensures the performance of the sweet spot remains consistent across its size.

Franklin also uses a honeycomb polymer material and has added carbon fiber to some of its models. The face of a Franklin paddle features a grip technology with a rough texture to increase spin. To ensure that every Franklin paddle meets USA Pickleball guidelines, Franklin recreated the organization’s Maryland testing laboratory at an overseas factory so “we know it is going to pass the guidelines at the U.S. lab.”

Smith says that all Prince paddles get made in the U.S., producing premium finishes since “assembly is the most important construction point as that is where the paddle gets weighed and adjusted for balance.”

Franklin also made the business decision to price premium paddles no higher than $100, using the size of the company and its manufacturing know-how to keep prices below competitors. Offering a basic wooden paddle for $10 to the premium models at $100 has positioned Franklin as a key player in the industry. The company has plans to build out an entire line around Johns—calling him “this generation’s Andre Agassi—that includes apparel and footwear, all expected in early 2022.

Adam Franklin says the growth potential of pickleball remains exponential. “We are growing at a rapid pace,” he says, “and don’t foresee that ending any time soon.”

Scotland Reopening More Cautiously Than England, Like on Masks