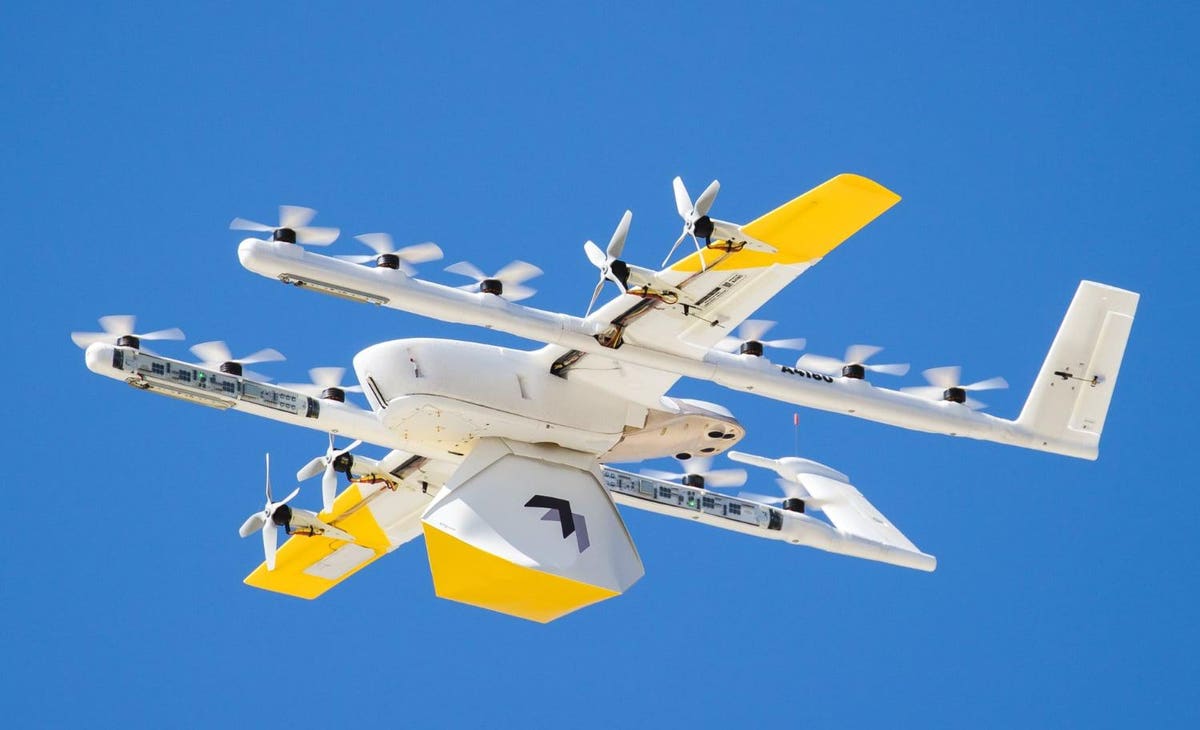 Google announced a global first today: drone deliveries straight from a mall to customers’ homes. Delivery typically takes 10-15 minutes, with flight time accounting for two to three minutes of that.

Like Google, Wing is an Alphabet company (Google created Alphabet as a holding company for all its divisions in 2015). It operates three major test sites globally for drone delivery — Queensland, Australia, Christiansburg, Virginia, and Helsinki, Finland — and has been in testing since 2017 with significant ongoing operations over the past two years. Wing reached the 100,000 delivery milestone in August of this year, becoming the largest residential drone delivery service in the world.

But six weeks ago, Wing shifted from a distribution center model to a new model: flying goods right from retailers’ locations directly to their customers’ homes.

“For the first time, we are co-locating our drones with businesses at their premises, rather than local businesses having to co-locate their goods with us at our delivery facility,” Wing’s Jesse Suskin said in a statement. “With the increase in consumers’ desire for convenience and speed, on-demand drone delivery can help address the costly last-mile delivery challenge, reduce road congestion and emissions, and create new economic opportunities for businesses by utilizing their existing retail space as logistics hubs and fulfillment centers.”

In those six weeks of operation, Wing has delivered more than 2,500 packages by drone, including sushi, ice cream, and coffee. Because most flights last just a few minutes, what’s hot stays hot, and what’s cold stays cold.

This method is scalable across the country, Wing retail partner says.

“Almost two thirds of Australia’s population live within 30 minutes of one of our 61 strategically located centres,” says Justin Mills, chief innovation officer of Vicinity Centers, an Australian chain of shopping malls. “This national footprint provides a strong foundation to implement our distribution and fulfillment strategy by rapidly scaling our drone delivery partnership with Wing and further developing our co-located logistics hubs and micro fulfillment centers.”

The roof is the key.

There are acres of unused space on the roof at every mall, and it’s a perfect place to bring in drones and send them off. To build, if you will, a “droneport.”

Getting the drones closer to retailers is particularly important now, during Covid, Bass says. Australia has had some of the world’s toughest lockdowns, and that’s impacted retail traffic and people’s ability to visit a store.

“It moves us a little bit closer to the merchants, it allows them to essentially extend their retail environment out into the community,” Bass told me. “That’s been especially important and valuable during the pandemic … it keeps a connection between the local business and the community, even when the community can’t necessarily come into the store.”

While drone delivery isn’t normal for most, it’s getting closer and closer to being able to scale. Google’s Wing has delivered tens of thousands of packages, and competitors like Manna in Ireland are making 2000-3000 flights a day delivering food, small items, and medicine.

Essentially, multiple operators are getting close to be able to scale services rapidly across Europe and North America, if regulatory agencies provide approval.

Bass wouldn’t commit to a timetable to expansion in the United States, but with a service that has flown tens of thousands of successful missions, it can’t be too much longer.

As Manna has shown, drone delivery is 90% cheaper than Uber Eats or other means of car-based delivery, and the environmental impact — at 50X more efficient, as Google says — is a major factor as well.

Customers like it, Bass says, and are demanding more availability.

“I think the folks that we talk to that haven’t experienced it yet express a lot of the same sentiment,” says Bass. “When are you coming to my town?”