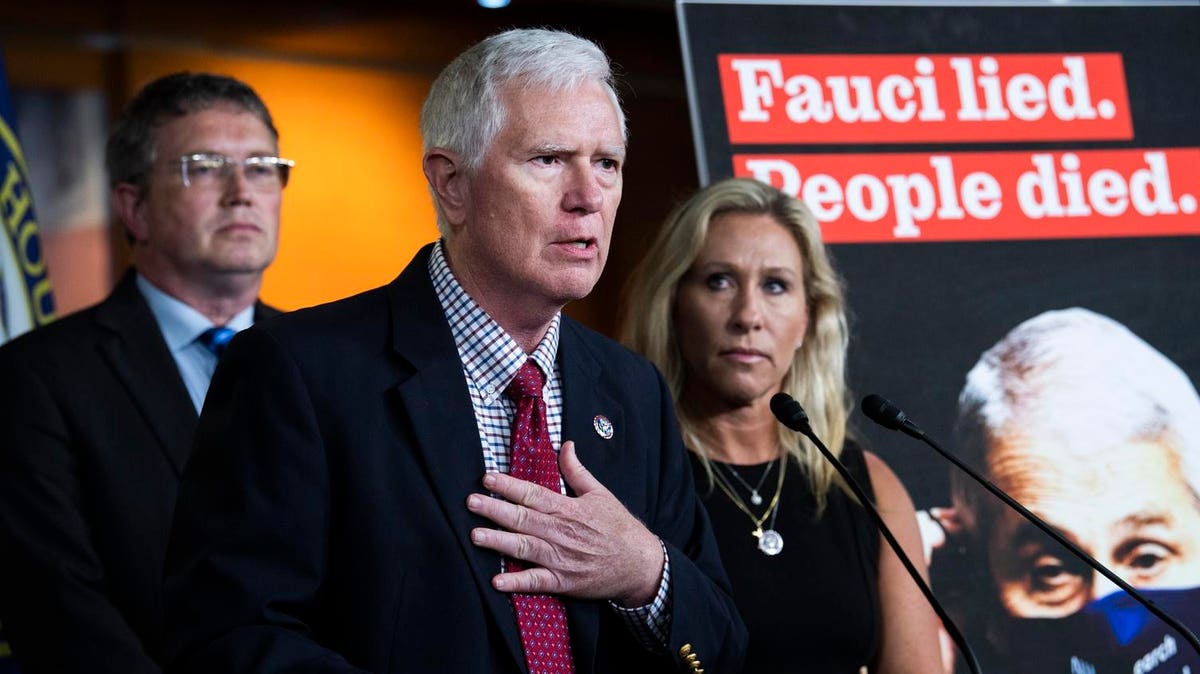 Rep. Mo Brooks (R-Ala.) on Monday joined a growing wing of the GOP expressing skepticism about coronavirus vaccines, blasting them as “experimental” while urging President Joe Biden to reverse a mask mandate for unvaccinated soldiers on a base in Alabama.

Brooks sent a letter to Biden urging him to have the commanding officer of Fort Rucker in Alabama reverse an order mandating masks for unvaccinated soldiers and instituting vaccination status checks.

Brooks blasted the vaccines as “experimental” and associated with “death and other ill-effect[s],” citing a rare neurological disorder and blood clots linked to the Johnson & Johnson vaccine – the latter resulting in three deaths.

Public health officials ultimately determined the risk of the severe blood clots is extremely rare, minimal enough to end a pause on the J&J vaccines after 10 days, and studies have consistently found Pfizer and Moderna vaccines to be safe as well.

Brooks also said it is “understandable” many Americans are hesitant to take the vaccines because of the “rapid speed” at which they were developed.

Brooks, who is not a doctor, said some masks “help spread COVID-19” and predicted “time will reveal that masks… endanger the health of those who wear them,” suggesting they increase risk of heat stroke, oxygen loss and cancer – all without citing evidence.

Brooks’ letter comes after Rep. Thomas Massie (R-Ky.) introduced a bill prohibiting the military from requiring soldiers to get vaccinated for coronavirus, which is cosponsored by two-dozen Republicans.

Brooks, who is running as a Trump-endorsed candidate for the U.S. Senate, joins a handful of right-wing lawmakers who have openly attacked the coronavirus vaccines. Rep. Marjorie Taylor Greene (R-Ga.) has been particularly vocal, calling the vaccines “controversial” on Monday after tweeting the day earlier, “We should invest in health, not human experimentation.” On the other side of the Capitol, Sen. Ron Johnson (R-Wisc.) has criticized the “big push” to get everyone vaccinated, and last month he held an event to highlight the vaccines’ side effects.

One member of former President Donald Trump’s movement who has not sowed doubt about the efficacy of vaccines is Trump himself. The ex-president has repeatedly endorsed the vaccines as safe and effective and demanded credit for the fact the vaccines were developed during his administration – though, on Sunday, he suggested rates of vaccine hesitancy are so high among his supporters because they “don’t trust the Election results.”