Green Bay Packers Quarterback Aaron Rodgers Lied To Everybody, But Nobody Will Care 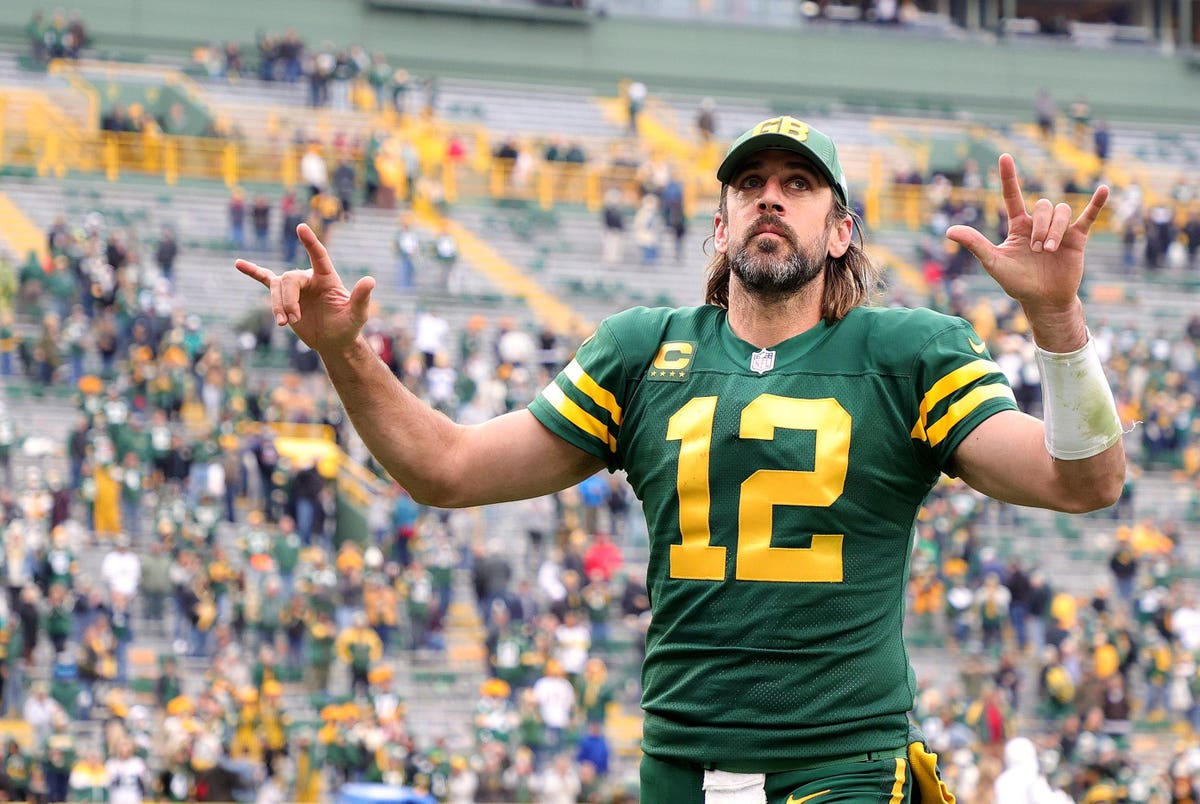 Here’s what should happen to Aaron Rodgers during his evolution into the face of anti-vaxxers among professional athletes after he fibbed about his vaccination status for months:

Except for several more jabs from hosts on late-night talk shows, here’s what will happen to Rodgers over time: Nothing.

Just win, baby, doesn’t only apply to the Raiders.

There is State Farm, for instance, which Yahoo.com says pays Aaron $2 million to $3 million annually for its commercials. Even though a Wisconsin health care group announced this week it’s dropping its nine-year association with Rodgers, well, um, like a good neighbor, State Farm says it’s still there for somebody its officials said in a statement to the USA Today “has been a great ambassador for our company for much of the past decade. We don’t support some of the statements that he has made, but we respect his right to have his own personal point of view.”

Just get us clients, baby.

Now let’s glance into the NFL crystal ball. After Rodgers missed the Packers’ loss last week in Kansas City to the Chiefs due to his positive COVID-19 test, his 10-day quarantine will end Saturday. He’ll get the thumb’s up from the league’s Powers That Be, and then he’ll take the field Sunday at Lambeau Field in Green Bay against the Seattle Seahawks to deafening cheers among Cheeseheads.

That noise will keep increasing throughout the game for the NFL’s three-time Most Valuable Player who Forbes ranks as the league’s fourth-highest paid player in total earnings at $33.4 million.

For one, with the Seahawks across the way, Rodgers will continue his solid season before the quarantine when he completed 67% of his passes (two percentage points above his career average), threw for 17 touchdowns against just three interceptions and continued his penchant for magic down the stretch with an 18th fourth-quarter comeback (at San Francisco) and a 27th game-winning drive (at Cincinnati).

For another, Rodgers will beat Seattle.

That’s because the Packers always beat Seattle in Green Bay.

Against the Seahawks, the Packers have won nine straight at home. Even though 3-5 Seattle will have splendid quarterback Russell Wilson back as a starter following a thumb injury, 7-2 Green Bay will have the return of that people’s choice, that noisy crowd and that streak against the Seahawks.

Nothing gives the sports world amnesia faster than somebody who can perform impressively and emphatically.

We needn’t go further than Kyle Larson, the winner last week of the 2021 NASCAR Cup Series championship. This is the same Kyle Larson who missed last year’s event after he was suspended by the sport for making a racial slur during a virtual racing contest. Folks praised Hendrick Motorsports bosses for giving Larson another chance, when those bosses mostly hired Larson, because they thought he could do something like win the 2021 NASCAR Cup Series championship.

We’re back to the NFL, the Packers and Rodgers.

The NFL loves the Packers, which is the league’s only community owned team, and they’re also the franchise of Vince Lombardi, the Frozen Tundra and much of the reason the league is popular enough to start a new deal with its TV partners beginning in 2023 worth $113 billion over 11 seasons.

No way, NFL officials will go out of their way to make life too miserable for either the Packers or for Rodgers.

Here’s another thing: Green Bay is called “TitleTown USA” for a reason. No NFL team has more championships than the Packers’ 13, but their last one was 11 seasons ago, when Rodgers led them to victory over the Pittsburgh Steelers. He gives the Packers their best chance this season at No. 14, and everybody knows it.

That’s why, as long as Rodgers is Rodgers on the field, everybody will forget all of that other stuff.

Or at least ignore it.