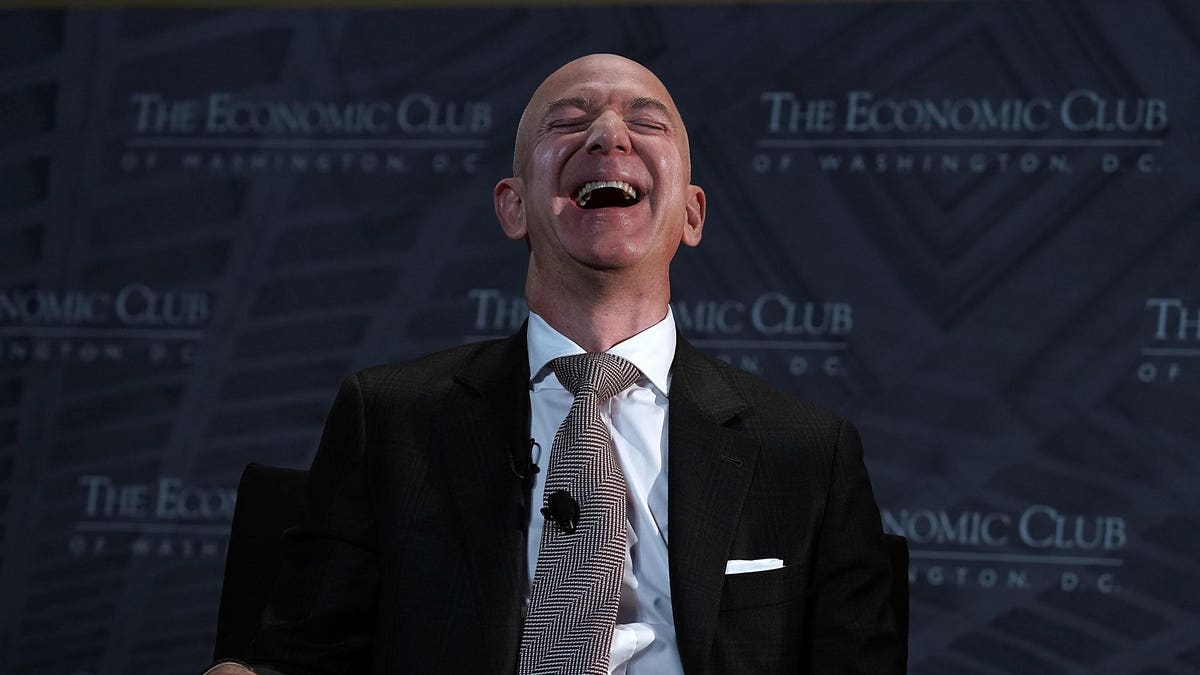 When Blue Origin, founded by billionaire Jeff Bezos, again took aim at Virgin Galactic, owned by billionaire founder Richard Branson, on social media over the weekend on the eve of Branson and company reaching the edge of space, it wasn’t the first time—though Branson has typically stayed above the fray.

In a 2019 interview, Bezos said his company’s mission has always been to “fly above the Kármán line,” a boundary roughly one hundred kilometers above sea level that many experts have recognized as the altitude at which space begins.

Bezos declared that it was crucial to eclipse that boundary “because we didn’t want there to be any asterisks next to your name about whether you’re an astronaut or not.”

He has also criticized the size of the windows on Virgin Galactic’s vessel and, in a controversial tweet on Friday, Blue Origin referred to Virgin Galactic’s Unity as “a high-altitude plane” that featured “airplane-sized windows” compared to the New Shepard, which boasts the “largest windows in space.”

The tweet also claims that Blue Origin’s New Shepard will have only a “minimal” impact on the ozone layer, while Virgin Galactic will be “100x more harmful.”

At a press conference after he landed, Branson said, “it really wasn’t a race,” adding, “we wish Jeff the absolute best.”

Early last month, Bezos announced he would be onboard New Shepard when Blue Origin launched its first human spaceflight on July 20, the anniversary of the Apollo 11 moon landing in 1969. However, on Sunday morning, Branson was part of a six-person crew to ascend to the edge of space and return. After the V.S.S. Unity landed, Bezos took to social media to congratulate Branson and company on their successful flight. “Can’t wait to join the club!” he said in an Instagram post.

Yet, Branson is not the only space-obsessed billionaire Bezos has bickered with on social media. Elon Musk, the founder of SpaceX, and Bezos have engaged in back-and-forth banter. In the past, Bezos has downplayed Musk’s stated goal of colonizing Mars. “My friends who want to move to Mars? I say do me a favor: Go live on the top of Mount Everest for a year first and see if you like it, because it’s a garden paradise compared to Mars,” Bezos said in 2019. That same year, Musk called Bezos a “copycat” after Amazon announced its plan to launch internet-beaming satellites. In 2020, Musk again playfully lobbed the same insult at Bezos on Twitter after Amazon acquired self-driving-taxi company Zoox. In a New York Times interview last July, Musk, 49, implied Blue Origin was not innovative enough and that Bezos, 56, was too old to compete. “The rate of progress is too slow and the amount of years he has left is not enough, but I’m still glad he’s doing what he’s doing with Blue Origin,” Musk said.

“I know nobody will believe me when I say it, but honestly, there isn’t [competition],” Branson said last week.

What To Watch For:

Virgin Galactic has announced its plans to commence commercial service to space in 2022. The company has reportedly already sold more than 600 tickets for between $200,000 and $250,000 each.

The Kármán line is the boundary of space recognized by the Fédération Aéronautique Internationale (FAI), a Swiss organization that is regarded as the world’s governing body for air sports. However, the United States Air Force and the Federal Aviation Administration have set the boundary at 50 miles above sea level.

$500 million. That’s the amount of stock Virgin Galactic filed to sell to investors Monday morning. Shares of the stock fell more than 10% within minutes of the announcement, reversing pre-market gains of nearly 5%.

‘Freedom Day’ Coming to England, Ready or Not