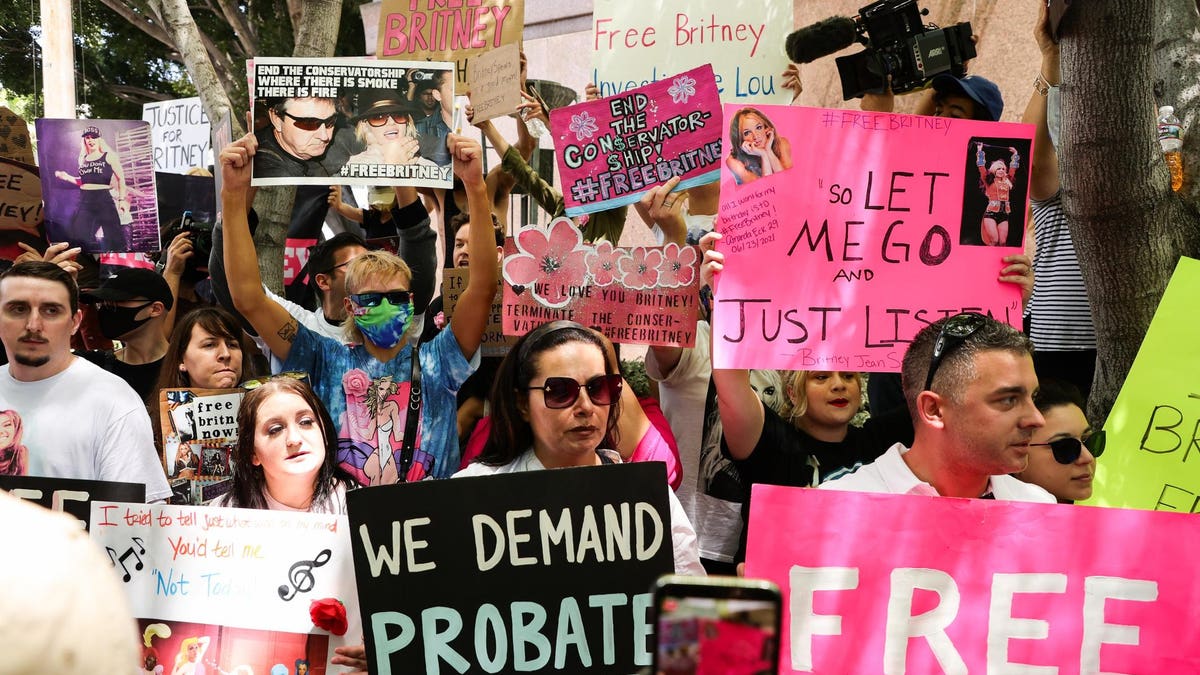 The campaign arm of the House Republican conference on Wednesday launched a fundraising campaign based on the pop star Britney Spears’ efforts to free herself from an allegedly abusive conservatorship as lawmakers in both parties eye stricter oversight of such legal arrangements.

The National Republican Congressional Committee (NRCC) sent a text to donors that says Spears is “a victim of toxic gov’t overreach & censorship,” urging them to “join the fight for freedom.”

The text them leads to a sign-up sheet to “#FreeBritney from the political circus,” which in turn leads to a WinRed fundraising page selling a t-shirt that reads “big tech is censoring your news.”

The campaign appears to tie in Spears’ conservatorship with the GOP’s recent crusade against tech giants, centered in part around former President Donald Trump’s suspensions from Facebook, Twitter and other social media sites – though it is unclear how the two are connected.

But it dovetails with concrete steps taken by Republican lawmakers: Rep. Jason Smith (R-Mo.) on Wednesday introduced a bill to penalize healthcare providers that “deny the removal of contraceptive devices without the approval of an individual’s conservator,” something Spears has claimed happened to her.

Forbes has reached out to the NRCC for clarification.

A court-ordered agreement in 2008 made Spears’ father, Jamie Spears, one of her legal guardians, along with attorney Andrew Wallet, who resigned in March 2019 and was replaced by wealth management firm Bessemer Trust, which recently petitioned to withdraw. The arrangement gave Jamie Spears and others control over Spears’ finances, career and other aspects of her life. The New York Times reported last month that Spears has fought for years against what she alleges is an “oppressive” conservatorship that has “too much control” over her life.

Jamie Spears has defended himself as his daughter has attempted to oust him as a co-conservator, claiming in December they are on “good terms” and that his efforts have been to provide “protection against those with self-serving interests.” In March his lawyer said his goal has “always been to do what’s best for Britney.”

“We need to find out how extensive these problems are, how many complaints are being filed, and ensure the system is working to protect people and not enriching bad actor guardians or abusive conservators,” Rep. Alan Lowenthal (D-Fla.) said earlier this month, calling for greater oversight and transparency of conservatorships.