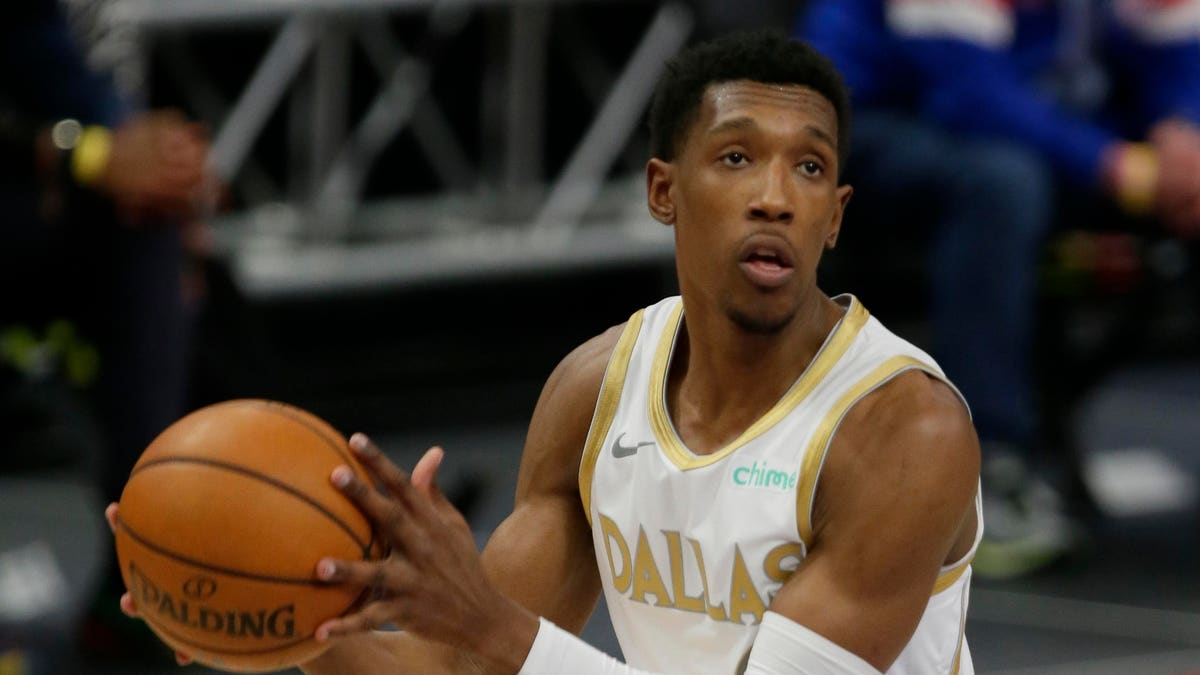 Acquiring Josh Richardson last summer from the Philadelphia 76ers was a gamble. All trades are. The deal forced the Dallas Mavericks to part ways with sharpshooter Seth Curry. After a full season with Dallas, it’s safe to say that the Mavericks received the short end of the stick.

Richardson turned in his worst statistical season since his sophomore year. In almost every major statistical category, his percentages and numbers took a nosedive. He faced complications off the court—he contracted Covid-19 in January, missing nearly three weeks of games—and fell out of the regular rotation as the season drew to a close. Now, as free agency approaches, Richardson has a decision to make that could greatly affect the Mavericks’ offseason plans.

In 2018, Richardson signed a four-year, $41.96 million contract with the Miami Heat. Now with the Mavericks, he’s entering the final year of that deal. The catch is that he has a player option for the 2021-2022 season worth $11.61 million. He can therefore either opt into his final year, likely remaining with Dallas—barring a trade—or test the waters of free agency.

Remaining with the Mavericks means guaranteed money for Richardson. Further, he’d continue to play alongside superstar Luka Doncic. The two developed a great relationship over the past year. However, there are a number of unknowns facing Richardson if he stays.

As noted, Richardson found himself out of the rotation toward the end of the regular season and in the playoffs. However, he did start 56 games. How Kidd chooses to utilize him is anyone’s guess at this point. Kidd’s lineups and rotations could look very different from Carlisle’s. A starting spot isn’t assured, but he could have more opportunities to be effective on both ends of the court.

If Richardson opts out of his contract and becomes a free agent, there will likely be a decent market for him. Perimeter players with a reputation as a capable defender are highly sought after in today’s NBA. That said, his poor performance this season may have hurt his chances for a bigger pay day.

Richardson averaged 12.1 points, 3.3 rebounds, 2.6 assists and one steal this season, playing just over 30 minutes per game. He shot 42.7% overall and 33% on three-pointers. His scoring and shooting percentages are down compared to previous seasons and are some of the worst numbers he’s turned in since the 2016-17 season. Yet, he did excel in two-point and free throw shooting, where he averaged 50.1% and 91.7%, respectively.

His career scoring high came during the 2018-19 season, when he averaged 16.6 points. Richardson’s best shooting percentages, outside of his rookie season, came the year prior. He hit 45.1% overall and 37.8% from deep in 2017-18. Seeing these numbers, a team could chalk up his time with Dallas as a fluke or that the Mavericks weren’t using him properly. That’s more than enough to believe that a change in system could see him return to a high level of production.

That’s exactly what Dallas was thinking when they made the decision to trade for Richardson in 2020. It didn’t bear fruit for either party.

For the Mavericks, Richardson leaving would free up a considerable amount of cap space. If Richardson leaves, Dallas will have an additional $11-plus million to work with in order to sign a replacement player.

It’s not a secret that the organization is in the market to upgrade its roster after another disappointing first-round playoff exit. Richardson signing elsewhere or the Mavericks renouncing him would create some $85.46 million of overall available cap space for Dallas to work with in free agency. That’s a juicy figure for a team that’s always in the hunt to land a superstar.

Whatever Richardson decides to do in the coming weeks—opt in or out—will be big both for him and the Mavericks. If he stays, he has a chance to redeem himself playing for a new coach. If he enters free agency, he’s gambling on himself and betting that his past accomplishments outshine his dud in Dallas. Both are risky, but it’s a choice he must make.

The deadline for Richardson to exercise his player option is August 1.