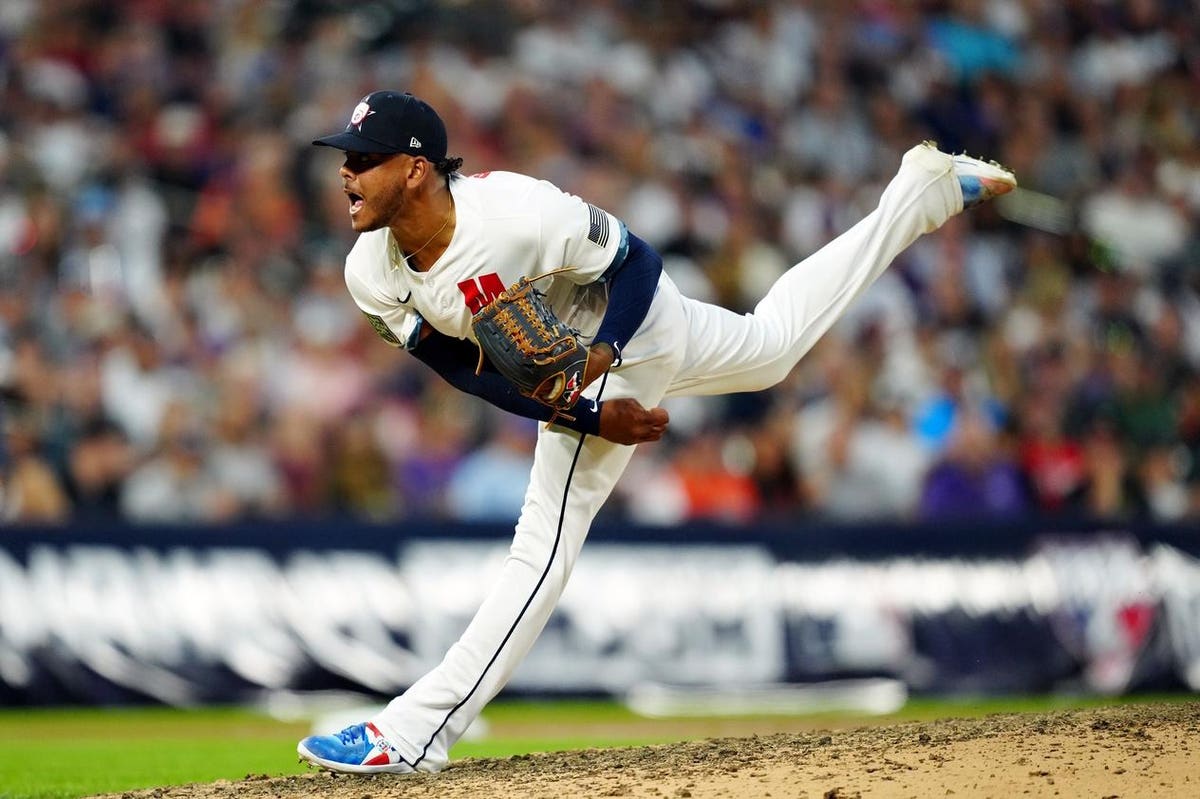 For the third consecutive Midsummer Classic, the Milwaukee Brewers had five representitives on the National League roster for the 91st annual Major Legaue Baseball All-Star Game Tuesday night in Denver.

Brandon Woodruff was unable to participate in the game after he started the Brewers’ first-half finale Sunday while closer Josh Hader, who worked Milwaukee’s last two games against the Reds, also sat out the contest.

But the Brewers were still represented as Corbin Burnes, Freddy Peralta and Omar Narvaez all saw action in the NL’s 5-3 loss to the American League.

Here’s a look at how each of them fared:

The right-hander was the first Brewers player in the game Tuesday, replacing starting pitcher Max Scherzer for the second inning.

Burnes got off to a rocky start, walking his first batter — Yankees outfielder Aaron Judge — on four pitches. Red Sox third baseman followed with a double to right that moved Judge to third and Marcus Simien put the AL on the board with an RBI single to third.

Burnes struck out Royals catcher Salvador Perez for the first out of the inning and escaped further damage when Blue Jays outfielder Teoscar Hernández grounded into an inning-ending double play.

NL Manager sent Burnes back out for the third but after retiring his first two batters, he hung a 1-1 slider that Toronto’s Valdimir Guerrero, Jr. sent to center for a home run, the 200th in All-Star Game history.

Boston’s Xandar Bogarts kept the inning going with a single to left before Burnes retired Judge on a fielder’s choice to get out of the third.

Milwaukee’s backstop earned his first career invite this past Sunday when Cardinals catcher Yadier Molina, named to the NL squad as a replacement for the Giants’ Buster Posey, backed out.

Narvaez took over for the Phillies J.T. Realmuto to start the sixth and got his first at-bat in the eighth when he led off and grounded out against Rays right-hander Andrew Kittredge.

He remained behind the plate the rest of the game, catching all three of teammate Freddy Peralta’s strikeouts in the eighth and led off the ninth with a single to second off White Sox reliever Liam Hendricks, bringing the tying run to the plate.

Narvaez’s chance to be a hero was short-lived, though, as he was caught trying to steal second.

Like Burnes and Narvaez, Peralta was also making his All-Star Game debut and it couldn’t have been a more impressive performance.

Olson laid off Peralta’s first two offerings, but the rest of his at-bat played out the same as he whiffed on three pitches, culminating with another 95 MPH fastball to end the inning.

The 25-year-old, named to the roster to replace Woodruff, became the first Brewers pitcher to strike out the side in an All-Star Game.