How Well Does The Pfizer Vaccine Protect Against The Delta Variant? Here’s What We Know. 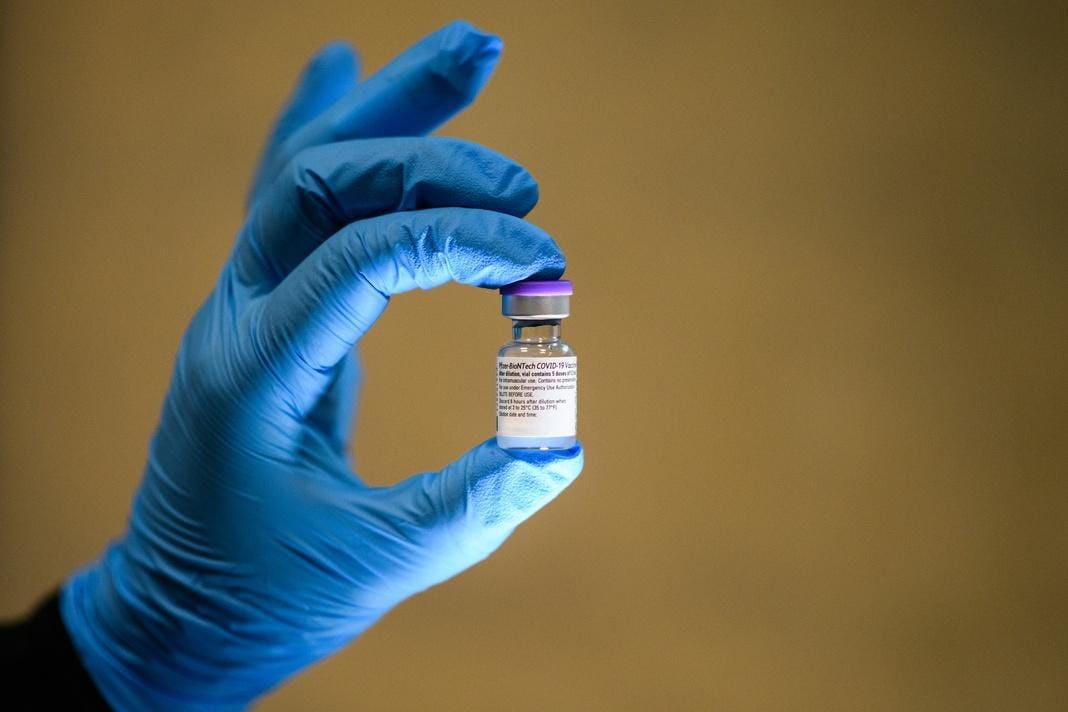 Data from Israel’s health ministry shows Pfizer’s Covid-19 vaccine significantly less effective at preventing infection and symptomatic illness with the Delta variant than previous strains of coronavirus, conflicting with existing research that suggests strong protection against the variant—and here’s what might explain the discrepancy.

A full course of the Pfizer-BioNTech vaccine is 64% effective at preventing infection and 64% at preventing symptomatic Covid-19 caused by the Delta variant, according to preliminary findings from a study by Israel’s health ministry.

The findings conflict with a number of other studies assessing the vaccine’s performance against the variant, which indicate a much higher degree of protection against infection and mild illness (between 80-90%).

Since the researchers have not released the full data from the Israel study, it is difficult to fully assess the findings, Dr. Deepti Gurdasani, an epidemiologist at Queen Mary University in London, told Forbes.

But one potential explanation for the discrepancy is that the Israel data is just “the best we’ve got,” Dr. David Strain, a senior clinical lecturer at the University of Exeter, told Forbes, pointing to Israel’s high proportion of fully vaccinated people, mature vaccination program and high prevalence of the Delta variant.

The discrepancy could also be explained by flaws in how the Israeli study was conducted, Harvard Medical School Professor Rebecca Weintraub told Forbes, meaning the higher number of cases among vaccinated people could be caused by something other than the vaccine being less effective.

The study did not take the steps needed to rule out these alternate explanations—such as Israel’s surveillance program potentially picking up more cases than other studies due to most people in the highly vaccinated country only getting tested after contact with a positive case—Weintraub said, making it hard to conclude the vaccine is less effective.

93%. That’s how effective the Pfizer vaccine is at preventing serious illness and hospitalization after two doses, according to the Israel study. This is only slightly lower than against other variants. “When you look at it, that means the vaccine is doing its job really well,” Strain said, given this is the key purpose of a vaccine. The “downside,” however, is that we may start seeing the virus spreading again.

“I am afraid that the current Israeli [ministry of health] analysis cannot be used to safely assess it, one way or another,” tweeted Uri Shalit, a senior lecturer at the Technion,  Israel Institute of Technology, pointing to numerous confounding variables the study did not account for that could explain the results. The study did not, for example, consider the potential differences between vaccinated and unvaccinated people, Shalit said, who might differ in their willingness to get tested for Covid-19 or adherence to public health guidance like social distancing or mask wearing. Weintraub, who is also a professor of medicine at Brigham and Women’s Hospital, told Forbes she agrees with this assessment, though stressed that other studies indicate the vaccine is “still highly effective” and “reinforce the importance of the second dose to fend off the Delta variant.”

The infectious Delta variant has driven new waves of Covid-19 in countries around the world, including highly vaccinated ones that had already managed to control the virus. Many—including parts of Europe, Israel and Australia—are reinstating restrictions and lockdowns to contain outbreaks, while others, notably the U.K., are preparing to just “live with the virus” (a strategy many scientists have branded as dangerous and woefully misguided). Over the course of around two months, the variant has gone from accounting for practically no U.S. cases to being the country’s dominant strain, making up as many as 80% of cases in some areas. Given the country’s uneven vaccine coverage, experts are worried Delta could undermine American efforts to manage the virus, especially with practically no pandemic restrictions left in place.

Given the variant’s resistance to vaccines and high transmissibility, the potential use of booster shots to top up waning immunity has become a contentious topic among experts, officials and pharmaceutical companies. Pfizer, citing evidence of waning immunity, is pushing regulators to approve its booster shot (Israel’s regulator recently approved it for immunocompromised individuals). U.S. regulators rejected this approach and said fully vaccinated Americans “do not need a booster shot at this time.” World Health Organization head Dr. Tedros Adhanom Ghebreyesus said there was not enough evidence to support a third shot at this time. Tedros criticized the “greed” he said was driving the pharmaceutical companies lobbying for booster shots, who are doing so instead of protecting people who have yet to be vaccinated at all.

Pfizer Shot Much Less Effective Against Delta, Israel Study Shows — Here’s What You Need To Know About Variants And Vaccines (Forbes)

Cover Story: Sonu Sood talks about how helping others has given him a fresh perspective on life

Cover Story: Sonu Sood talks about how helping others has given him a fresh perspective on life