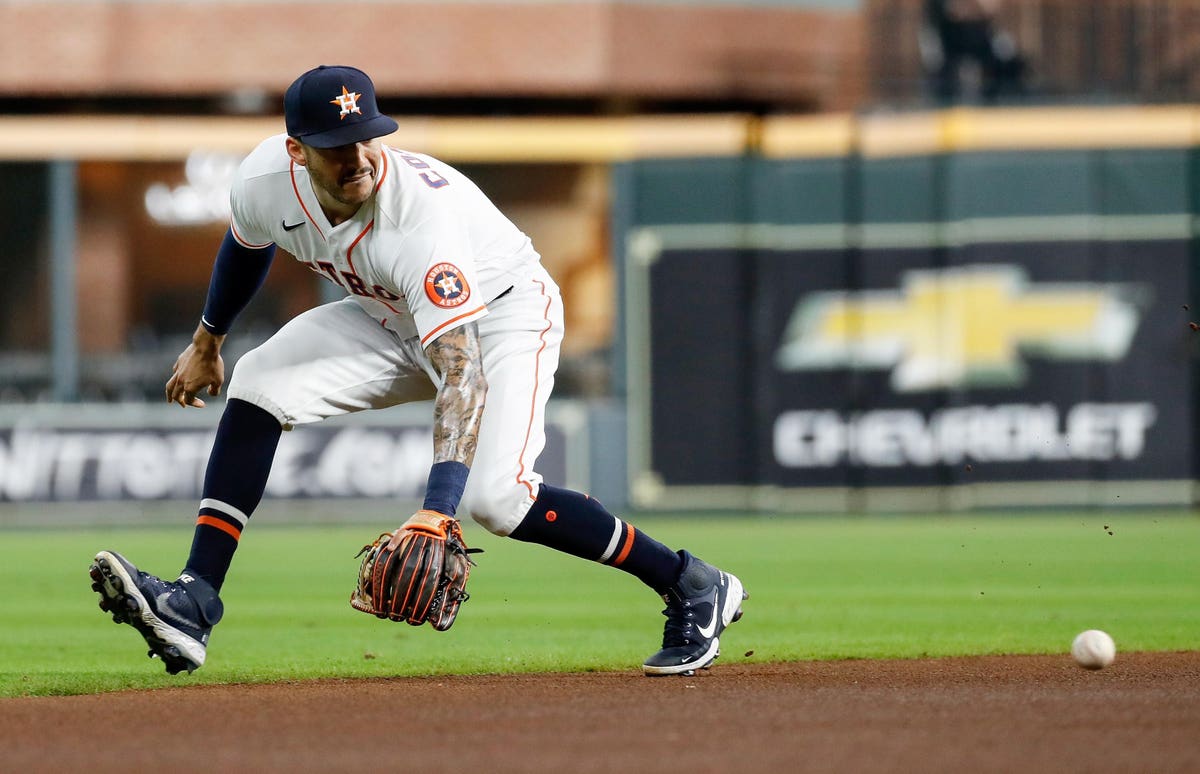 The stars have perfectly aligned for Carlos Correa even as a contentious lockout appears inevitable for Major League Baseball in less than three weeks. Opposing economic views have created labor discord and will likely halt all offseason activities. Interest is quickly intensifying in multiple free agent shortstops prior to the December 1st expiration of the current collective bargaining agreement. Correa is the most coveted as he strives to become the next $300 million ball player. He possesses an intoxicating blend of talent, confidence, and controversy as he embarks upon the prime years of his career.

The competition for Correa’s services is healthy with market conditions for shortstops being influenced by the New York Yankees’ desire to address a deficiency without the constraints of a set budget. Correa reportedly turned down a five-year, $160 million contract offer from the Houston Astros which would have equated to an average annual value of $32 million over his age 27 through 31 seasons. The ball club also extended a qualifying offer of one-year, $18.4 million. The gesture was a formality knowing that Correa would reject it and the Astros obtain a compensatory pick in the 2022 draft if he signs with another ball club.

Upon further examination of the contract offer by the Astros to Correa, two different perspectives are present: accuracy based on average annual value during the prime years of Correa’s career and ignorance given the current market conditions for elite shortstops in terms of compensation and length of contract. Liabilities exceed the benefits regarding decade long contracts for premium ball players, but they have become the cost of doing business. The task is difficult to align compensation with performance as free agency usually rewards ball players for previous achievements. Correa may be that rare exception where compensation complements performance given his age and potential of winning a most valuable player award in the not-too-distant future.

Exuberance might have provided the impetus for the San Diego Padres to negotiate a 14-year, $340 million contract extension with shortstop Fernando Tatis, Jr., after only 143 ball games at the major league level. However, Tatis, Jr. will not eclipse $30 million in annual salary until 2029 during his age 30 season according to Cot’s Baseball Contracts. Over the final six seasons of the contract, Tatis, Jr. will earn $36 million annually even though the average annual value is $24,285,714 which includes a $10 million signing bonus.

Correa will look to emulate Francisco Lindor’s contract in terms of structure, length, and potential tax implications. The shortstop for the New York Mets will begin a 10-year, $341 million contract in 2022 with annual payments of $32 million through his age 37 season in 2031. According to Cot’s Baseball Contracts, the average annual value is $34.1 million thanks to a $21 million signing bonus which was paid to Lindor at the outset of the 2021 season. He will defer $5 million of his annual salary each season without interest. The total deferral of $50 million will be paid to Lindor over a 10-year period beginning in 2032.

Comparisons between Correa and Lindor are natural given their age, abilities, and timing of careers. Both made their major league debuts six days apart in June 2015. Correa won the 2015 American League Rookie of the Year Award with Lindor finishing a close second in the voting. While Correa was an integral part of the Astros’ scandal-stained 2017 world championship, Lindor has successfully distinguished himself through individual accolades.

Since their debuts in 2015 through the conclusion of the 2021 season, Lindor’s 32.1 wins above replacement (WAR) using FanGraphs’ calculation was the highest among shortstops in Major League Baseball. Not to be outdone, Correa’s 25.1 WAR was third on the list even though Lindor had played in 150 more ball games than Correa during this period. The free agent shortstop has confronted a multitude of injuries in his career and has only played in 145 or more ball games in a season twice (2016, 2021). Correa’s 5.8 WAR for the 2021 season was the fourth best in the American League and the highest in his career as per FanGraphs.

Carlos Correa’s free agency comes amid economic unrest and contradictions. The owners are presently comfortable with a rigid system that deters them from impulsive spending through hefty taxes. However, they are the ones who have established the market where a ball player can sign a decade long contract worth more than $300 million. Correa might have to be patient, but demand exists among the right ball clubs who just might be willing to make him the fourth infielder since February 2019 to receive a contract more than $300 million.