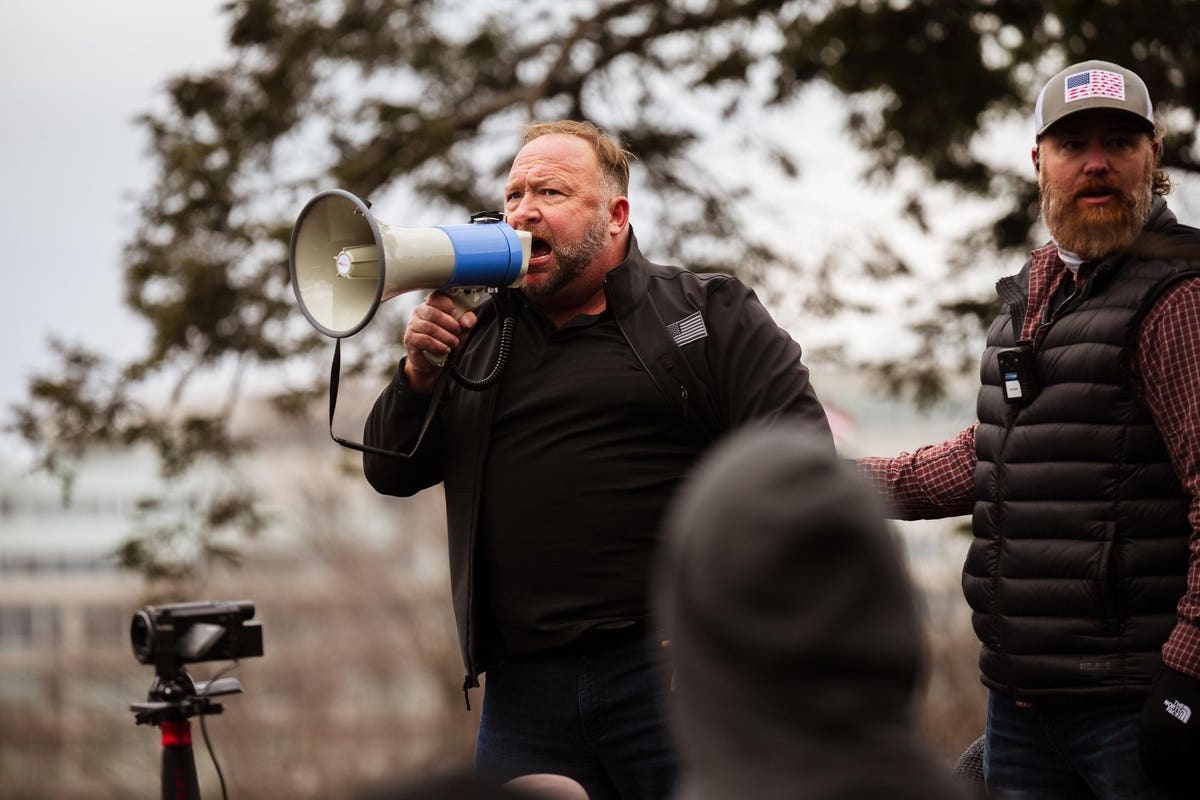 A House panel investigating the Capitol riot issued subpoenas to conspiratorial radio host Alex Jones and ex-Trump advisor Roger Stone on Monday, as lawmakers look at the raucous pro-Trump rallies that took place immediately before the attack on the Capitol building.

Lawmakers said Jones — who has backed former President Donald Trump’s false voter fraud claims — helped organize and fundraise for a fiery rally outside the White House that featured a speech by Trump immediately before a mob stormed the Capitol.

The committee cited reports that Stone spoke at a rally one day before the Capitol riot, was scheduled to speak again on January 6 and used members of the far-right Oathkeepers group for personal security in Washington, D.C.

Lawrence and Stockton were also called to testify because the couple allegedly helped organize the rally outside the White House, and lawmakers say they subpoenaed Budowich for tasking a separate group to organize a “social media and radio advertising campaign” aimed at encouraging people to attend the rally.

In a statement from his attorney, Stone said he had “no advance knowledge of the events that took place at the Capitol on that day,” and he’ll decide how to proceed after his lawyer reviews the subpoena.

“We need to know who organized, planned, paid for, and received funds related to those events, as well as what communications organizers had with officials in the White House and Congress,” Committee Chair Bennie Thompson (R-Miss.) said in a statement.

The January 6 committee has shown an interest in the pre-riot rallies in the past. In September, the panel subpoenaed almost a dozen organizers of the infamous January 6 rally outside the White House, during which Trump encouraged his supporters to march to Capitol Hill and “fight like hell” to stop the certification of President Joe Biden’s electoral college win.

Composed of seven Democrats and two Republicans, the January 6 committee has cast a wide net, asking dozens of Trump allies and ex-staffers to testify about both the Capitol riot and the months of baseless voter fraud allegations that preceded it. The investigation has faced some roadblocks from Trump, who argues many of the documents it seeks are protected by “executive privilege,” a legal doctrine that allows presidents to keep some internal communications secret. Trump filed a lawsuit to stop the Biden Administration from turning over some executive branch records requested by the committee, and earlier this month, an appeals court temporarily blocked the documents’ release while it considers the suit.

Some of the January 6 committee’s witnesses have defied their subpoenas, citing Trump’s executive privilege claim. The Justice Department charged former Trump advisor Steve Bannon with contempt of Congress after he refused to testify before the committee. Also this month, the committee threatened to recommend contempt for Trump-era White House chief of staff Mark Meadows after he claimed he’s unable to testify, and lawmakers said they’ll weigh “strong measures” against former DOJ official Jeffrey Clark for declining to cooperate.