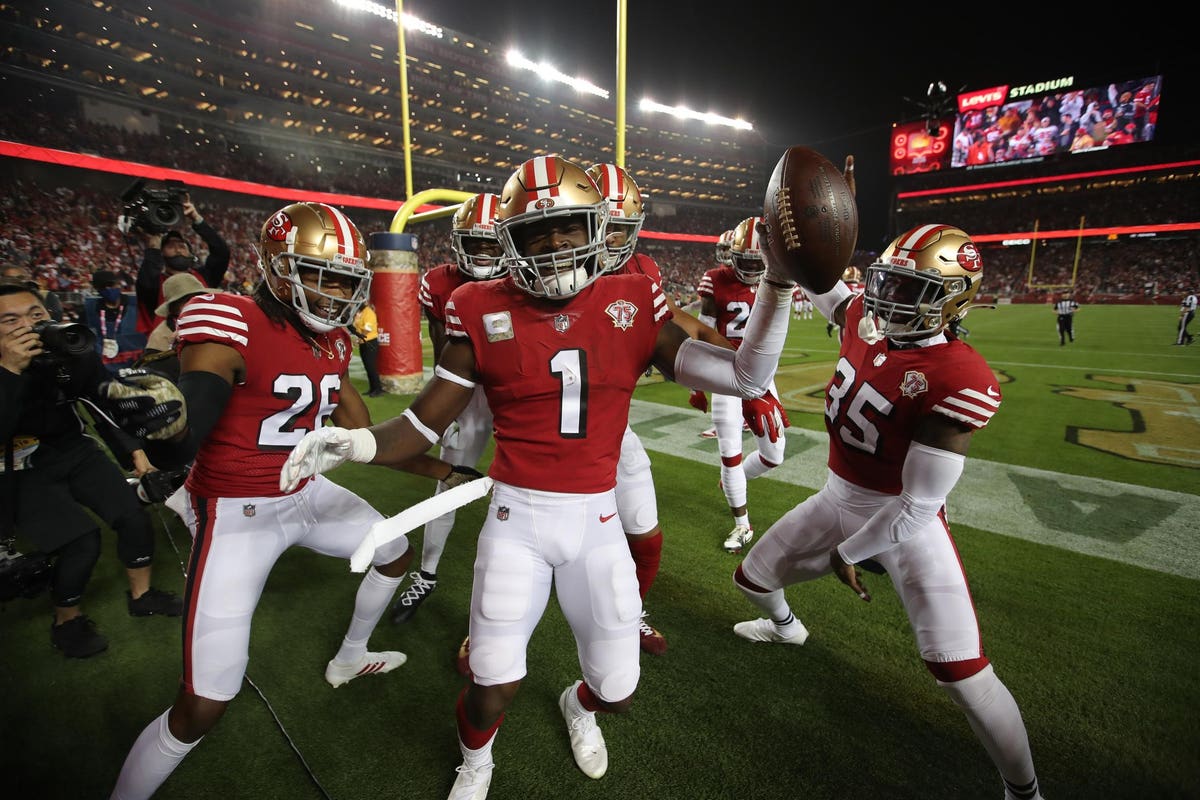 Though it has suffered an evident decline this year, the San Francisco 49ers’ defense is a unit that boasts plenty of talent.

Edge rusher Nick Bosa and linebacker Fred Warner are among the best players in the league at their respective positions. However, the jenga piece on defense for San Francisco could well be safety Jimmie Ward.

The last two games for San Francisco have supported this argument.

Soft, hesitant and far too easy for Colt McCoy and Co. to exploit without Ward in the Week 10 loss to the Arizona Cardinals, the defense bounced back by producing a performance akin to those of the 2019 and 2020 vintage in the shock primetime win over the Los Angeles Rams on Monday.

Fast, swarming and resilient, it was a sea change for the 49ers on defense in the space of eight days, one in which Ward played a substantial role.

Ward was instrumental in putting the 49ers in command against Los Angeles, picking off Matthew Stafford twice in the first quarter, his second interception returned for a touchdown after Tyler Higbee failed to haul in a screen pass Ward was ready to blow up.

Turnovers have not been a prominent feature of Ward’s 49ers career, yet his influence on the defense cannot be denied.

The 2014 first-round pick is a wonderfully versatile defender who can operate in the deep middle, in the box down near the line of scrimmage and in man coverage matched up against receivers.

His pick-six was an encapsulation of the awareness and read-and-react ability that has partially defined his success with the Niners. Ward consistently does an excellent job of diagnosing the play, closing to the ball and making a sure tackle. Ward, per Pro Football Reference, has not missed a tackle in 2021.

Even more impressive this season has been Ward’s play in coverage. He has allowed 11 catches on 19 targets for 170 yards and a touchdown. Ward is giving up 8.9 yards per target, with his passer rating when targeted of 65.6 putting him 27th in the NFL, according to PFR, above Rams star Jalen Ramsey (66.1).

Without the reliability of Ward, the 49ers’ safety play was a key reason why they crumbled to defeat to a depleted Arizona team. Alongside Tavon Wilson, rookie fifth-round pick Talanoa Hufanga appeared tentative and was frequently out of position.

Against the Rams, the confidence with which Ward plays looked to rub off on Hufanga, who was back to his aggressive best, his third down pass breakup of a throw to Darrell Henderson seeing him make the perfect read, trigger downhill and arrive at the catch point at exactly the right time in a demonstration of his intriguing upside.

The return of Jaquiski Tartt, who like Ward can play the deep middle and in the box, will be a further boost to the Niners’ defense for their Week 11 matchup with the Jacksonville Jaguars.

Tartt coming back into the fray may eat into Hufanga’s playing time, though Kyle Shanahan indicated the 2015 second-round pick immediately returning to his starting role is not a given.

Having three safeties who can move around the field and play at a high level would give the 49ers added defensive flexibility during a stretch run where they need DeMeco Ryans’ group to find their best to maximize their playoff hopes.

Ward, though, proved it is he who stands as the most important piece in the Niners’ secondary with a stellar performance that helped San Francisco revive its postseason hopes.

If he can maintain that level of play and make a significant contribution to the 49ers sealing a Wild Card berth, one of the most underrated defenders in the NFL may finally get the increased recognition he deserves.