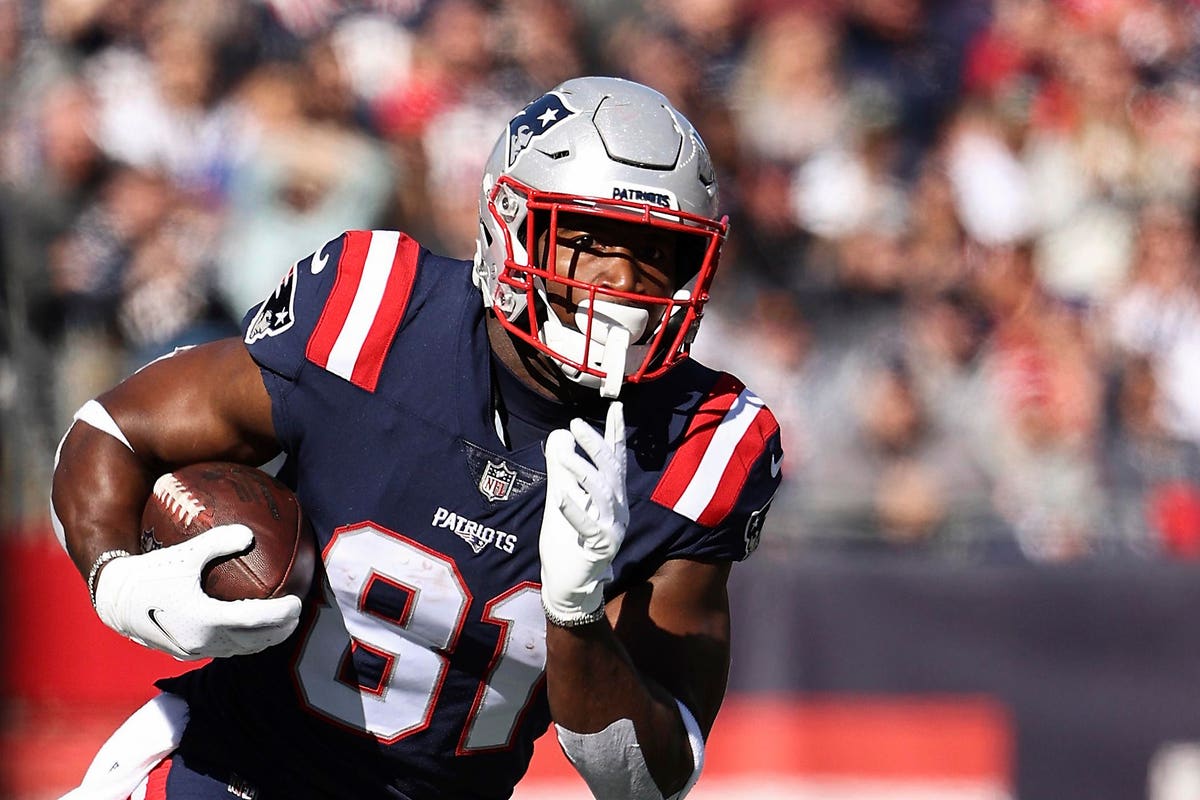 Jonnu Smith stands 22 receptions, 210 yards and one touchdown into his stay with the New England Patriots.

But from the view of his offensive coordinator, the quiet year has been one of building blocks for the tight end.

“We got to meet Jonnu before the draft, so we had some intimate knowledge of who he was,” Josh McDaniels told reporters during his Monday video conference. “Certainly, he’s a high-character person that is a hard worker and he’s a great teammate. So, works hard at his craft every day, tries to improve in each area that we ask him to.”

Ten appearances and eight starts have followed since then for the 26-year-old Florida International product. And so has a little of everything under head coach Bill Belichick.

Primarily playing an in-line role while also aligning in the slot, in the backfield and out wide at 6-foot-3, 248 pounds, Smith’s offensive grade currently ranks 65th among NFL tight ends, per Pro Football Focus.

“The tight end position, obviously here and everywhere, is a unique position because you’re involved in so many different things — run-blocking, pass-receiving, pass protection, alerts, motion,” said McDaniels. “There’s a lot of different things that you have to do well, and Jonnu’s tried really hard to do the things we’ve asked him to do. I always think of the first year we have an opportunity to have a free agent in our system is kind of our — this is a foundational year for him.”

Missing one game due to a shoulder injury that has recently kept him listed questionable, Smith is averaging 5.8 yards per target, his lowest since his rookie season. He has handled four carries for 20 yards, however, to go with longs in the passing game of 23, 24 and 28 yards.

After a concerted effort to bring Smith’s after-the-catch skillset into open space against the New York Jets last month, his most recent two outings have brought a total of two catches on four throws from rookie quarterback Mac Jones. Those throws included an interception down the seam in Thursday night’s 25-0 shutout win over the Atlanta Falcons.

But the opportunities are subject to change with the matchup.

“These guys that come in, it’s their first opportunity, because they’re still learning similar to some of the rookies,” said McDaniels. “They might have heard NFL vernacular and been around NFL football, but sitting in Bill’s squad meetings, listening to what we do and what we try to do on a weekly basis, fitting into how we change the offense from one week to the next to try to attack the defense’s weaknesses or protect our weaknesses. Those changing identities in the same drive — the ‘X’ here and the ‘Z’ there, or the ‘Y’ here and the ‘F’ there — there’s some things that we do that I don’t know how much of those things happen other places.”

Smith’s $12.5 million per-year average is tied with New England teammate Hunter Henry, who has caught seven touchdown passes since the calendar flipped to October. According to OverTheCap.com, that annual value currently checks in fifth around the league at the position behind Mark Andrews of the Baltimore Ravens, Dallas Goedert of the Philadelphia Eagles, Travis Kelce of the Kansas City Chiefs and George Kittle of the San Francisco 49ers.

“I always look at the first year as kind of a year to try to build the foundation with these guys and try to improve every week,” added McDaniels, who noted how the same applies to Henry and fellow veteran offensive additions in Kendrick Bourne and Nelson Agholor. “I think that’s what Jonnu works hard to do, and we still have a long way to go this season and a lot of room for growth with all those guys that I mentioned. So, I’m excited to do that. But no question, he adds an element of unique ability at the position and he’s been a good addition and a great teammate.”

Up next is the organization that filled out Smith’s draft card at pick No. 100 overall in 2017.

The 7-4 Patriots host the 8-3 Titans for 1 p.m. ET kickoff Sunday at Gillette Stadium.