Just Like That, Washington Football Team Has Another NFL Nickname To Consider 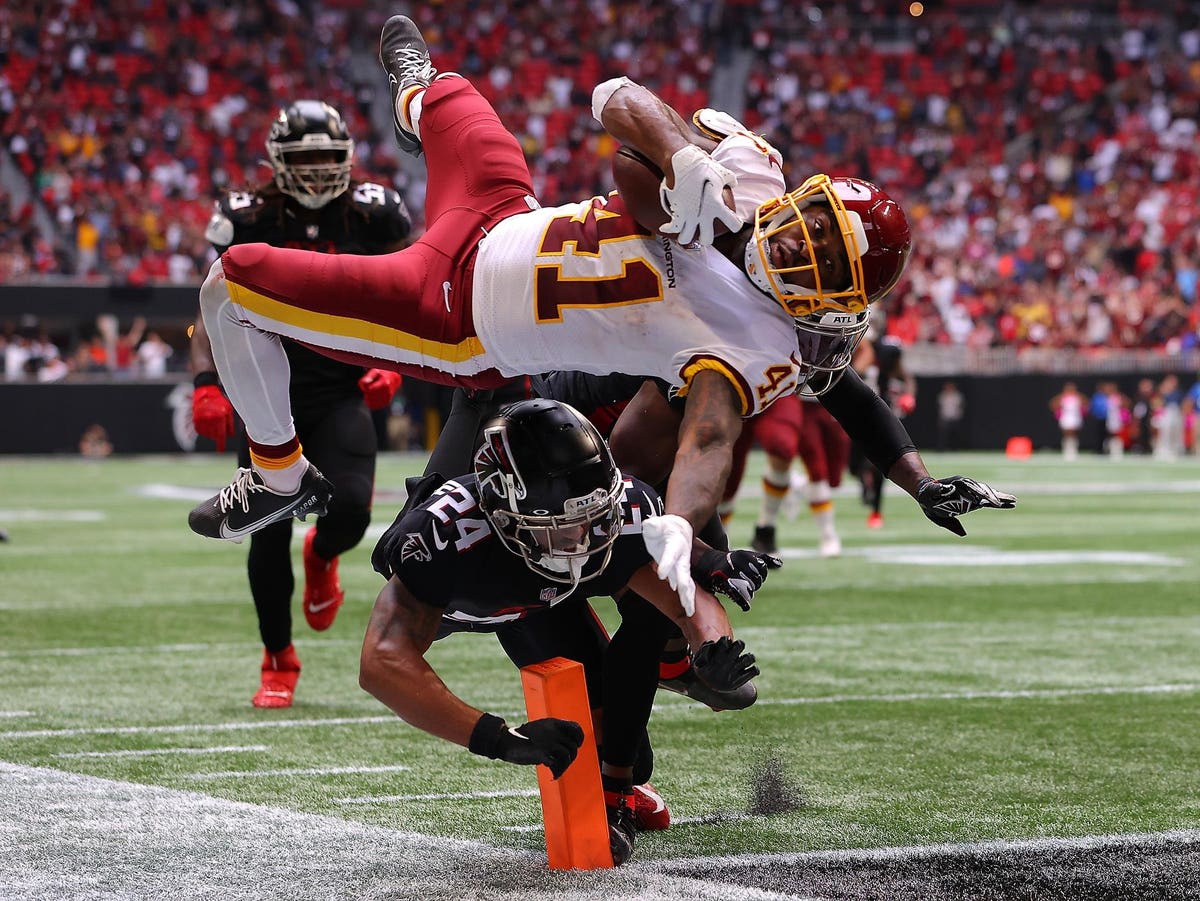 Hogs? Yeah, that works as well as anything else, several folks said, between snorts while delivering their preference.

Others swore allegiance to Presidents, Warriors or Predators, and a slew of folks wanted the old nickname, which isn’t an option.

Nearly everybody had an opinion Sunday at Mercedes-Benz Stadium in Atlanta about the visiting NFL team, regarding its future nickname and about its status overall, for that matter. This was the team which plays home games in Landover, Maryland, but which has its headquarters in Ashburn, Virginia, and which is better known as the franchise associated with a city featuring a monument in honor of a U.S. president whose first name was George.

OK, it’s Washington, as in the Washington Football Team, as in the 34-30 victors down the stretch against the Atlanta Falcons.

While the 2-2 Washington Football Team is mediocre, the 1-3 Falcons are bad, but at least they have a nickname. The Washington Football Team won’t have one until next year. It dropped its previous one of “Redskins” during the summer of 2020 after owner Daniel Snyder watched dollars threaten to leave his bank account faster than coach Joe Gibbs used to win significant games for the franchise during the 1980s and 1990s along the way to three Super Bowl victories.

You can blame the coming of the “Washington Football Team” on this: Within a couple of months after a white Minneapolis cop used his knee to choke the life out of African American George Floyd in late May of 2020 to trigger social awareness around the world, the nickname “Redskins” became offensive to many.

That included those at FedEx
, which told Snyder they would stop paying his team $8 million for the naming rights to his stadium. Then there was this: Nike
is the NFL’s official game-day uniform provider, and it yanked away everything on its website containing “Redskins” gear.

In general, Adweek reported in July 2020, “Three separate letters signed by 87 investment firms and shareholders worth a collective $620 billion asked Nike, FedEx and PepsiCo
to terminate their business relationships with the NFL’s Washington Redskins unless the team agrees to change its controversial name.”

This was the same Snyder who told USA Today in May 2013: “We’ll never change the name. It’s that simple. NEVER — you can use caps.”

Eight years after that, NEVER vanished in a hurry for Snyder. In April 2021, the Washington Football Team sent a survey to ticket holders asking for their choice of a nickname from a given list.

That list included many of the nicknames I heard Sunday while walking around inside and outside FedExField South (well, Mercedes-Benz Stadium), with its crowd of 68,259 split almost equally between fans of the home and visiting teams.

As is often the case for mediocre and bad teams, the Falcons and the Washington Football Team spent the afternoon going from awful plays to ones worse than that, with a few impressive moments along the way.

So, this wasn’t surprising: The game ended with both teams trying to lose it.

First, the Falcons used a bizarre roughing-the-passer call against Washington Football Team star defender Chase Young to continue a touchdown drive for a 30-22 lead inside of the fourth quarter.

Then, with help from weird offensive play calling from Falcons head coach Arthur Smith and missed tackles by Falcons defenders, Washington Football Team quarterback Taylor Heinicke returned to his home area of metro Atlanta to finish his three-touchdown day with two inside of the game’s final four minutes.

The clincher came with 33 seconds left after Heinicke (23 of 33 passes for 290 yards) rolled to his left, then raced to his right. After that, he fired what became a 30-yard touchdown catch when J.D. McKissic made the grab and dived from the Falcons’ 4-yard line over the pylon.

Much of the crowd howled its approval for the franchise Forbes places fifth in NFL team evaluations at $4.2 billion. You know, the franchise that might have another nickname for fans and team executives to consider.

How about the Washington Heinickes?