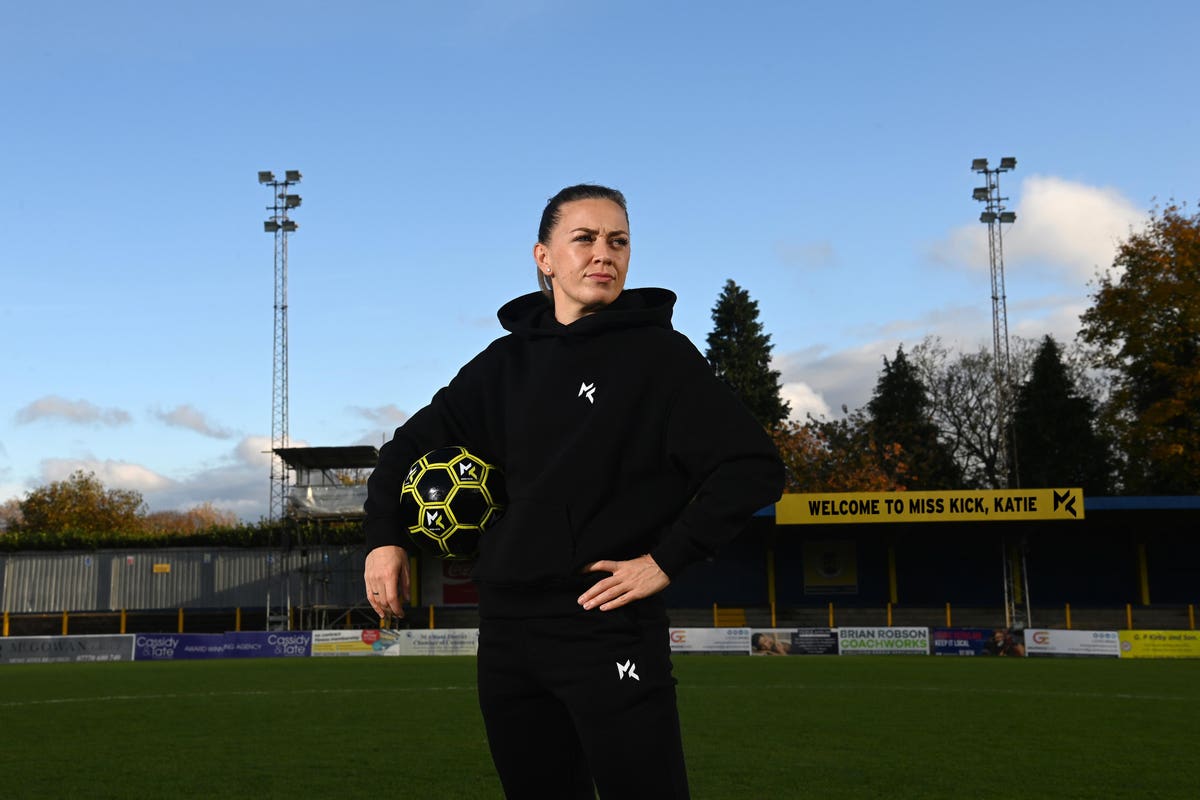 The Republic of Ireland women’s soccer captain and Barclays FA Women’s Super League Player of the Month, Katie McCabe will become the first global athlete to represent the female apparel range Miss Kick. The Arsenal player has turned down other top brands to put her name to the company founded by Grace Vella.

“I’m quite smug about it actually”, admitted McCabe speaking to the media. “I’m honestly delighted. When I initially met Grace, I was so excited. Even the work at grassroots levels they do and they will look to be doing in the future I think is fantastic. Their brand values really replicate what I am about as well. I’m excited to be the first ambassador on board.”

The 24-year-old Vella, a former player herself, started the range three years ago aimed specifically at female soccer players. 2.5% of all revenue from sales is channeled into the Miss Kick Foundation, a registered charity with the mission of empowering more women and girls to compete, play and love the game. In that time, Miss Kick has built up a global community of 40,000. Speaking to me earlier this year, Vella explained “I want to make sure that I am doing my bit to create a level playing field for women and girls, both on and off the pitch.”

In August, McCabe was part of negotiations with the Football Association of Ireland (FAI) which led to the equalization of match fees received by the men’s and women’s national soccer teams. She believes Miss Kick and their charitable work represent everything she believes in. “I think when you have a platform being a professional footballer, playing in a team like Arsenal and representing the Republic of Ireland you have a duty of care to young players. You need to be a role model. With Miss Kick it’s something different, it’s bold and that’s why I really wanted to be a part of it.”

“I met Grace initially a couple of months ago. I was really excited when I heard about the brand values and how passionate Grace was for Miss Kick. It was something that I was really, really interested in. I saw myself in it as well, especially with the inclusion of girls in football.”

“I think it gives young girls, young footballers a real place of belonging. You’ve got that community. The community work Miss Kick do is absolutely fantastic. It gives girls a chance in Ireland to have that inclusion. Grace knows the difficulties we face as women in football in times. She gives those young girls a chance to be part of something. I think it’s terrific.”

Vella believes that her brand has found a niche in the soccer market. “Other brands on the market are not specific to the women’s game, they’re more generic. So I think because we are so specific it enables us to focus in on their needs.” McCabe agrees, “for me when I was growing up, there was never anything like this. You were always wearing men’s clothes, men’s-sized shirts so for Miss Kick and Grace to come in and really establish themselves in the market has been fantastic. I gave my younger sister some Miss Kick headbands recently and she absolutely loved them.”

The versatile left-sided McCabe has flourished this season in a variety of positions scoring four times so far and creating more chances than any other player in the Women’s Super League this month. She has linked up particularly well with new signing, United States World Cup winner Tobin Heath who had this to say about McCabe last month, “Katie’s fantastic, her quality is apparent both in attack and defensively. With the personality that she has, it’s really natural and easy playing with her.”

“There’s a lot of communication from behind me which helps defensively and then we’re constantly talking during the game about changing our positions to help one another out and solve problems. As a footballer, she’s been a really interesting and fun one for me to connect with early on. Obviously on the left side, I see a lot of her. She’s had some quality moments. It’s been a great partnership so far.”

Currently unbeaten in the Women’s Super League with Arsenal, McCabe credits new head coach Jonas Eidevall with her producing the best form of her career. “I’m in a really good place. I’ve really tried to take what Jonas is trying to implement and bring it in to every game I start and try to help the team. I enjoyed picking up the Player of the Month Award last month but ultimately it’s about our team performance and picking up those three points.”

Katie McCabe has joined Miss Kick as their first global athlete. To find out more about the brand, head to misskick.com