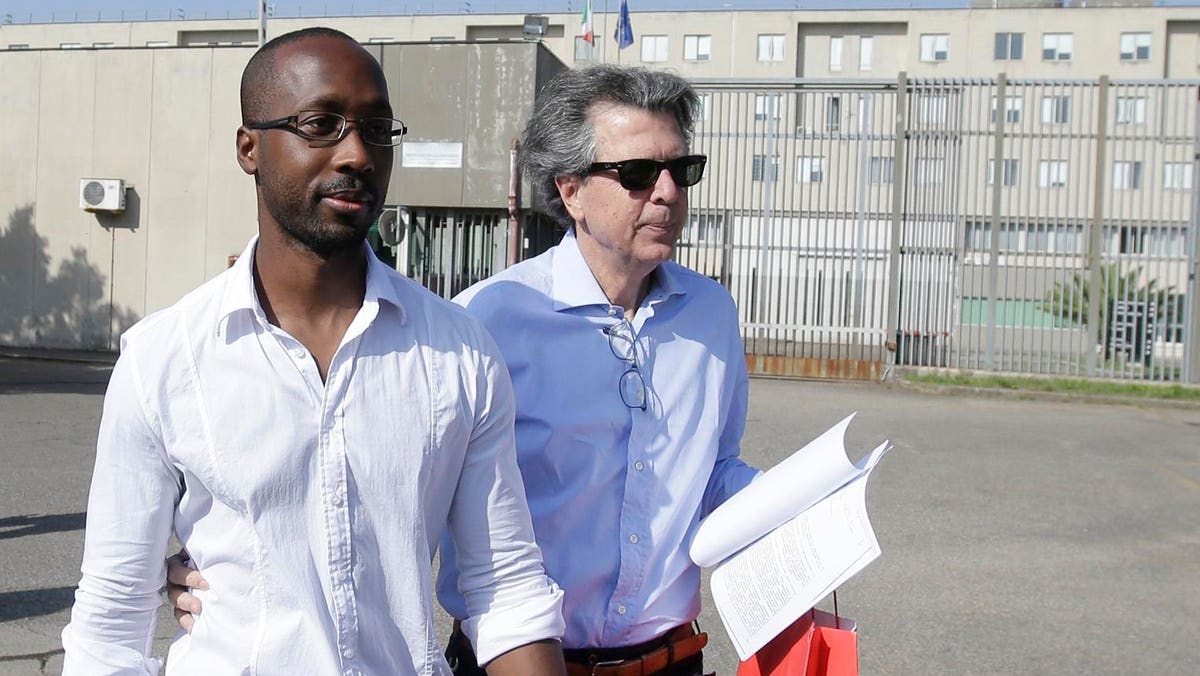 Rudy Guede, the only person who remains convicted of killing British student Meredith Kercher after her American roommate Amanda Knox’s conviction for the murder was overturned, was freed by an Italian judge Tuesday.

Guede served 13 years of his 16 year sentence with time off for good behavior, his lawyer Fabrizio Ballarini told the New York Times.

Starting in September 2019, Guede took part in a work-release program for a year before being put on probation, which allowed him to work during the day and live independently, according to the newspaper.

Guede was convicted in 2008 after police found his DNA on Kercher’s body and clothes, along with his bloody fingerprint in her bedroom.

Guede has continuously maintained his innocence in the 2007 murder.

Kercher was found murdered in her bedroom in 2007 while studying abroad in Perugia, Italy. Knox and her Italian boyfriend Raffaele Sollecito were tried separately from Guede and convicted of Kercher’s murder twice, first in 2009 and again by an appeals court in 2014. Prosecutors accused them of killing Kercher during a satanic sex game gone wrong. Knox and Sollecito spent four years in prison amid battles with the Italian legal system before their conviction was first overturned in 2011, at which point Knox returned home to Seattle. She did not return for the 2014 retrial. The pair’s convictions were overturned for the final time in 2015 by Italy’s supreme court over a lack of viable biological evidence tying them to the crime.

Kercher’s murder and the ensuing investigation kicked off an international media frenzy that portrayed Knox as a “Luciferina,” and outlets around the world published salacious stories examining the 21-year-old’s sex life and dating history. Since returning to the U.S., Knox has become a vocal advocate for the wrongfully convicted, and has spoken out against the sexism she faced from the media and the Italian legal system.