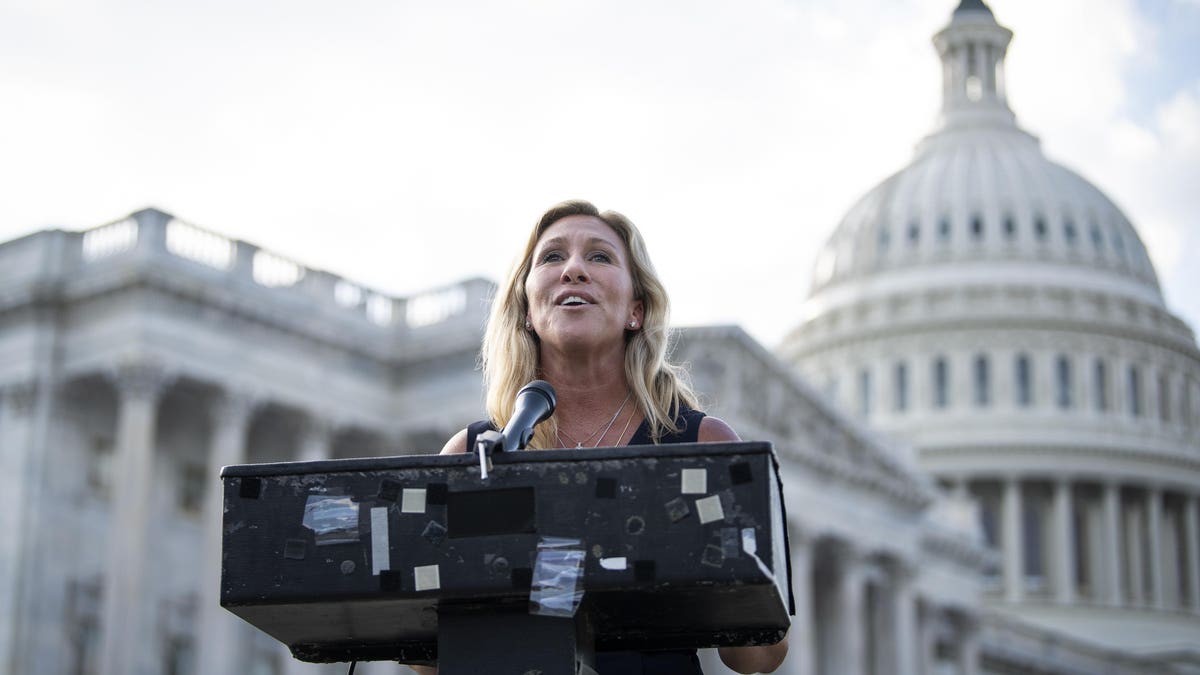 Rep. Marjorie Taylor Greene (R-Ga.) held an impromptu press conference on Monday, shortly after a visit to the Holocaust Museum, to apologize for repeatedly comparing coronavirus precautions to the oppression of Jews by Nazi Germany last month, declaring that she is “removing” those comparisons to her condemnations of mask mandates.

Greene kicked off the press conference by saying she is “very much a normal person” and “made a mistake,” adding that there is “nothing comparable” to the Holocaust.

Greene also insisted her trip wasn’t simply to fend off a censure, claiming she went because she thought it was “important” and noting that she previously visited the Auschwitz concentration camp when she was a teenager.

Greene did not back down from her comments when she initially made them, even after taking backlash from her party’s own leaders, instead doubling down and comparing the Democratic Party to the Nazi Party.

Asked if she still believes mask and vaccine mandates are comparable to the yellow stars Jews were forced to wear to identify themselves, Greene said she is “removing that statement completely away” from her repudiations of mask mandates.

But Greene didn’t retract her statement that Democrats and Nazis are both “national socialist” when asked if she stands by it, instead stating, “socialism is extremely dangerous, and so is communism.”

House Minority Leader Kevin McCarthy is also reportedly planning to bring up a resolution later this week to remove Rep. Ilhan Omar (D-Minn.) from the House Foreign Affairs Committee over a tweet about “unthinkable atrocities committed by the U.S., Hamas, Israel, Afghanistan, and the Taliban.”

Shift in Israel Provides Biden a Chance for Better Ties

Shift in Israel Provides Biden a Chance for Better Ties