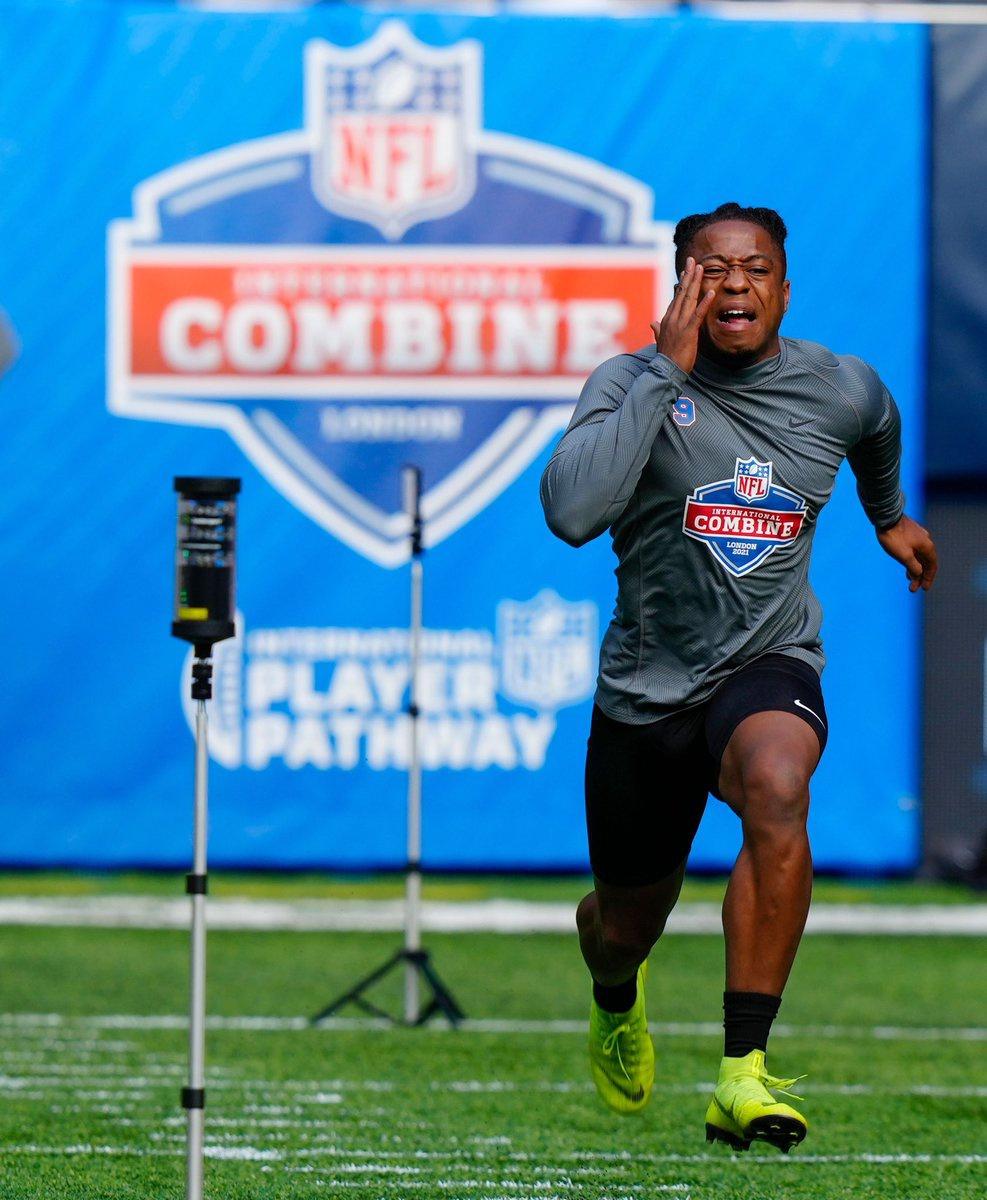 The path from rugby league to American Football is, if not well-trodden, perhaps more trodden than it used to be.

NFL fans are well aware of Jordan Mailata, the former South Sydney Rabbitohs junior turned offensive tackle who was recently re-signed to a $64 million USD contract at the Philadelphia Eagles.

Some might remember Jarryd Hayne, the former San Francisco 49ers and Parramatta Eels player who made 8 NFL appearances as a running back in 2015, while fewer still will recall Valentine Holmes, now back in Australia’s National Rugby League after failing to make the grade with the New York Jets.

Practically nobody will remember Manfred Moore, the California-born running back who swapped the NFL for Henson Park, turning out for Newtown Jets just months after playing in inaugural Tampa Bay Buccaneers team of 1976.

The next man on this path is ex-Swinton Lions and Jamaica winger Jacob Smillie, who recently appeared at the NFL International Combine in London.

“I’ve been watching the Combine for a few years now, as it runs every year in the States for the college athletes who are eligible to go into the NFL,” said Smillie. “One of my best mates is a Philly fan so I started watching it a few years back and enjoyed the tactical aspect and athleticism the players had.”

The Combine involves players being tested in athletic terms, with aspects such as the 40-yard dash, vertical jump and bench press strength, as well as position-based drills.

Talent spotters from across the NFL attend to watch players drawn from 15 different countries. It was where Jordan Mailata got his start, impressing scouts enough with his pace despite standing 6’8 and weighing over 340lbs (154kg).

Befitting a rugby league winger, Smillie also excelled at the 40-yard dash, placing 4th of 44 participants—one of the key metrics for those looking to be scouted as a running back.

Smillie said that his skills on the rugby league field were enough to get him to the Combine, with his change of pace and direction vital, but that gridiron was as much about knowing the plays and your opponents.

“Everyone’s got their own role to play so, if you don’t get your role right then it affects the whole team and I like that aspect of the game.”

Numbers will now be whittled down from 44 to just 12, who will be taken to Florida for a further training camp, with some then taken on by specific franchises.

Even if Smillie doesn’t end up swapping Swinton Lions for the Detroit Lions, he said that the experience of training with athletes from around the world who shared his drive and determination.

“Rugby league is a good sport, but in the NFL, I feel that you can be more of an athlete,” he concluded.

“As you can see in the combine, they look at all aspects of your athleticism like your speed, change of direction, strength, vertical and horizontal power. When I got the opportunity it was no brainer as in my opinion the NFL is the biggest league in the world with some of the best athletes.”