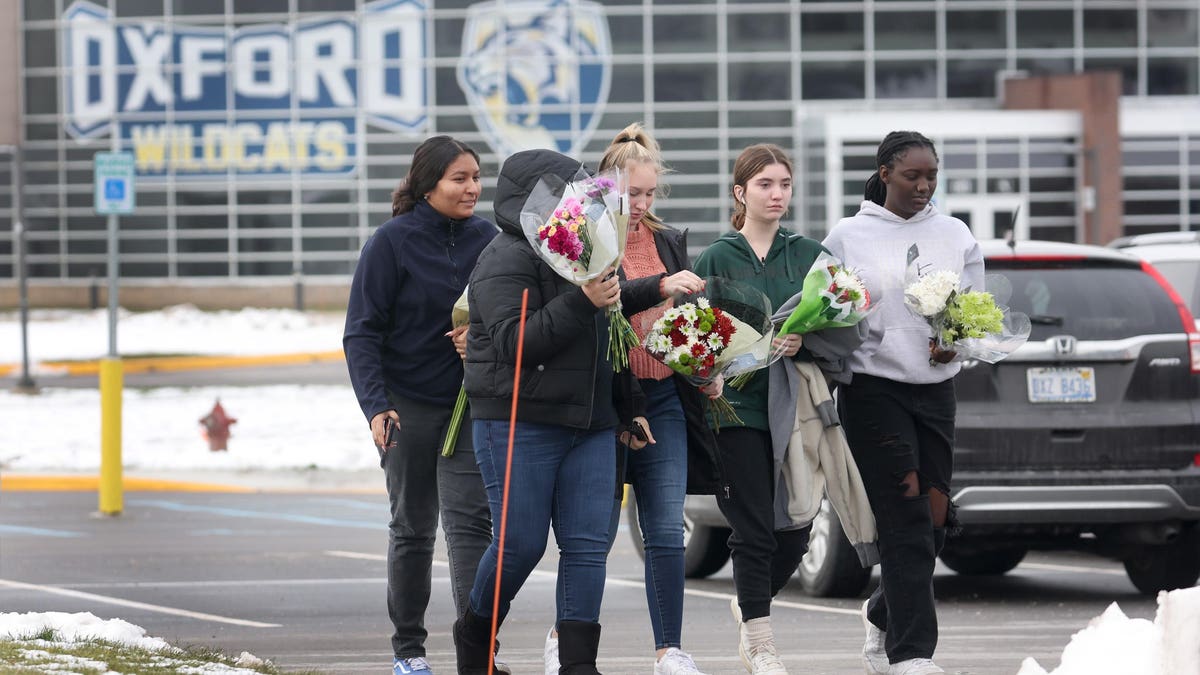 James and Jennifer Crumbley, the parents of a 15-year-old boy accused of shooting dead four at his Michigan high school pleaded not guilty to charges of involuntary manslaughter at an arraignment hearing Saturday, after police found them overnight hiding in a building in Detroit.

James and Jennifer Crumbley each face four counts of involuntary manslaughter, with prosecutors seeking to hold them accountable for the shooting spree at Oxford High School in a suburb of Detroit, Michigan, earlier this week that their son Ethan Crumbley is accused of carrying out, wounding seven in addition to killing four.

If convicted, the two could face a maximum 15 years behind bars.

The Crumbleys’ attorneys said in a statement to Forbes before the arraignment that the couple had “fully intended ” to turn themselves in first thing in the morning for the arraignment.

18 million. That’s the number of guns Americans have purchased so far this year, the second highest in at least two decades, according to consulting group Small Arms Analytics and Forecasting. This year’s gun sales have so far been less than the record 22.8 million guns sold last year, but exceeded 16.7 million sold in 2016.

The Crumbleys’ attorneys told Forbes by email that the “charges in this case are intended to make an example and send a message.” It is uncommon for the parents to be charged when an underage suspect uses their guns in a school shooting. Meanwhile, the suspect was charged on 24 counts, including four counts of first-degree murder and one terrorism charge. Oakland County Prosecutor Karen McDonald said on the morning of the shooting, the school had called the suspect’s parents in after a teacher found a note on his desk that read “the thoughts won’t stop, help me,” with drawings of a handgun, but they resisted school officials’ request that he leave the premises, and they did not search his bag to see if he had the gun. A day before the shooting spree, the school informed the suspect’s mother that her son was found looking online for ammunition. She responded to the school’s notice by texting her son: “LOL I’m not mad at you. You have to learn not to get caught.”

Gun Sales Near Record Levels As U.S. Grapples With Another School Shooting (Forbes)