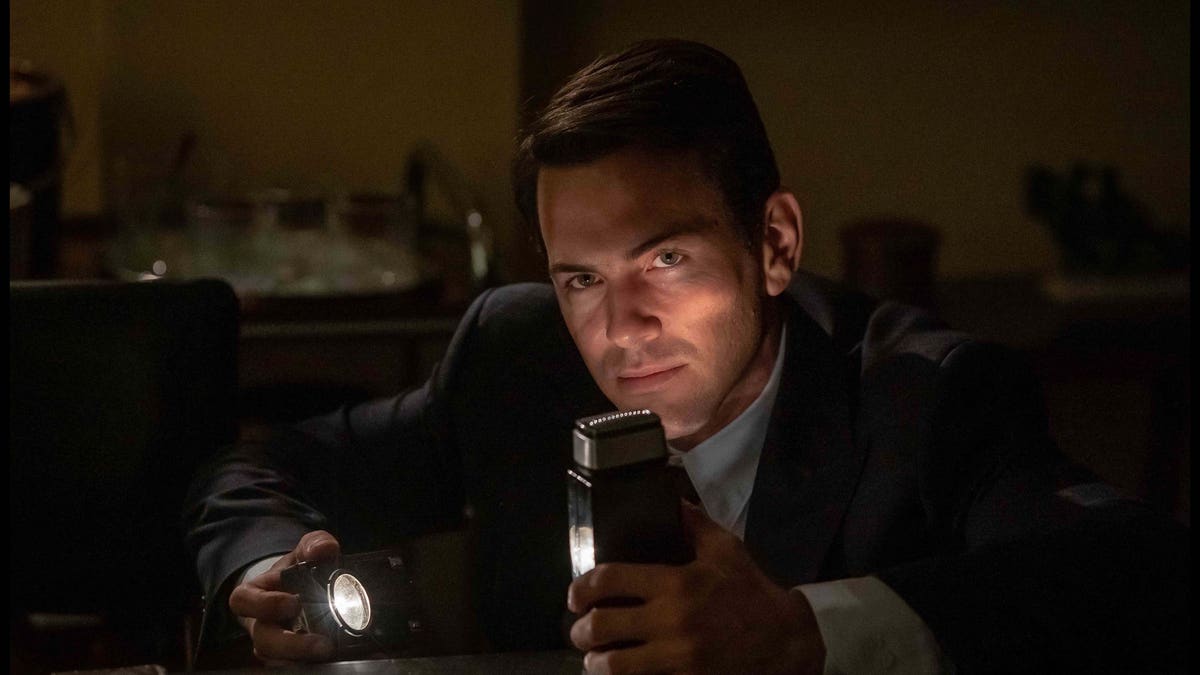 Netflix
has released its first Portuguese original series. Glória is on Netflix since November 5. Produced by the SPi production company of Grupo SP Televisão and co-produced with RTP, Glória is an intense historical spy thriller taking place during the Cold War. It is a high-quality series from Portugal with an intricate storyline.

Set in a small Portuguese village named Glória do Ribatejo in the 1960s, the ten-part series follows João Vidal (played by Miguel Nunes), a young man whose family has connections with the leaders of the Estado Novo, the authoritarian Portuguese Regime. João works as an engineer at RARET, a U.S. re-broadcasting office of Radio Free Europe. The series shows how this small village became “an unlikely Cold War stage where American and Soviet forces fought through dangerous sabotage maneuvers to achieve control of Europe,” the Netflix synopsis explains. João gets recruited by the KGB, and will find himself in the middle of the intricate webs of spy games at play in RARET.

An original series created by Pedro Lopes and directed by Tiago Guedes, Glória is a slow-burning series that is a mixture of historical drama based on real events and espionage thriller. The series paints a dark image of Portugal’s past, its violence toward women and its brutal colonial war. It is the highest budget series in the history of Portuguese production, according to The Portugal News.

The series is based on real events. Situated just north-east of Portugal’s capital, Lisbon, the small village of Glória do Ribatejo housed a major CIA-operated broadcasting site named RARET. This shortwave retransmission center of Radio Free Europe became operational in 1951 and functioned until 1996. The CIA used RARET to send anti-communist transmissions to Eastern European countries. In the 1960s, Portugal was ruled by an authoritarian regime, the Estado Novo (New State), led by Oliveira Salazar. An anti-communist regime, Portugal thus worked with the U.S. during the Cold War.

This is the historical basis on which this fictional series takes place. Glória begins in 1968, just before the Soviet Union invaded Czechoslovakia, as João starts his new job at RARET. Already working for the KGB, João is on a covert mission to find out what happened to a missing KGB agent named Mia, who worked at RARET, as well as disrupt the CIA’s operations at the broadcasting station.

From the first few minutes of the first episode, the series establishes João as a complex character. A secret agent for the KGB, João though comes from a family firmly established within Portugal’s authoritarian regime. João’s father works in the Estado Novo’s government as Secretary of State and is close friends with the head of the PIDE (the International and State Defense Police), Estado Novo’s secret police.His motive for joining the KGB is at first not too clear. It slowly becomes apparent, through a series of flashbacks, that João was sent to fight in the country’s colonial war in Angola, where he experienced the brutality and extreme violence of the Portuguese army. This is where, the series suggests, João was recruited by the KGB.

Unlike other spy thrillers set during the Cold War, Glória does not paint the U.S. or the Soviets as either the good or bad guys. The series is incredibly nuanced in its depiction of history, showing the complexity of the Cold War, further complicated by Portugal’s own extremely brutal authoritarian and colonial history.

The series creates some great moments of tense espionage sequences. We follow João in the different perilous situations he finds himself as a secret agent for the KGB, retrieving information or trying to save the life of another agent.

Glória is a great espionage series, that reveals crucial events in Portugal’s history that are less well-known to the rest of the world. If you are a history-buff and like spy thrillers, this series is fascinating.