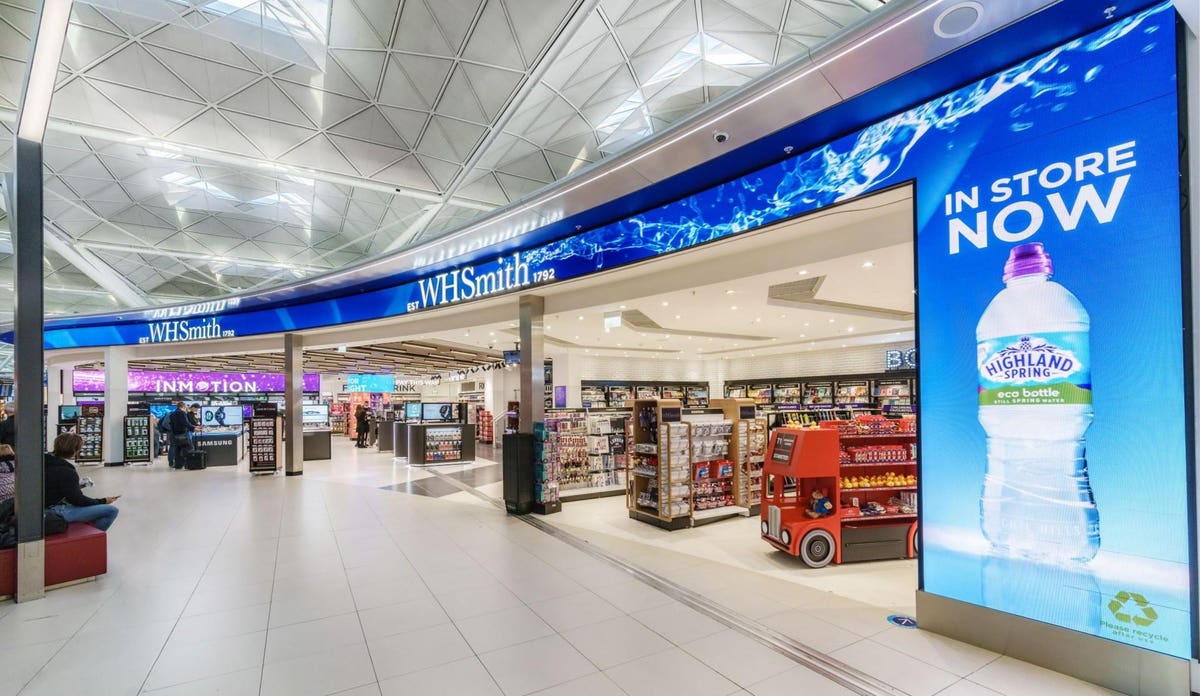 Global convenience, news and books retailer WHSmith is making a calculated expansion into the travel retail channel in both the United States and its home market of the U.K. with new stores and a new CEO for its wholly-owned U.S. businesses—Marshall Retail Group (MRG) and InMotion.

In the U.K. the company has opened a large 6,000 square foot flagship store at London Stansted Airport, the second busiest gateway in the country during the summer (it usually ranks fourth), and the first to combine an InMotion shop-in-shop selling technology and electrical accessories. InMotion’s arrival in Britain comes on the back of WHSmith winning contracts to operate 30 stores (eight now trading) at 18 airport stores in the U.K.

He replaces long-time CEO of MRG, Michael C. Wilkins, who had a 19-year tenure, and will transition to chairman of WHSmith North America at the end of this year. In the new role Keir is tasked with “leading the growth and development of all existing and future Marshall Retail Group and InMotion locations nationwide” said WHSmith in a statement.

Keir brings more than 15 years experience from WHSmith, eight in the company’s U.K. and international travel business, but he has big boots to fill. Under Wilkins’ leadership, MRG has, in the CEO’s own words, seen “an exponential amount of growth over the past few years” and recently announced it had won contracts for over 50 stores that are yet to open.

WHSmith’s North America unit is also the only part of the company’s travel business that is profitable and the group will want to keep it that way. In the year to August 2021, the unit’s trading profit was £2 million, after a loss of £14 million the year before.

Conversely, the company’s other travel units—Travel UK and Rest of the World—saw previous years’ losses balloon further to £29 million and £7 million respectively. It meant that total group revenue fell 13% to £886 million from over £1 billion in 2020.

The combination of WHSmith, MRG and InMotion in North America should enable the group to participate in bidding and other processes across the entire North American airport specialty retail market. A substantial amount of retail space is expected to be offered for tender over the next decade.

Marshall Retail Group has a fairly distinctive position as a specialty retailer of about 300 standalone stores—including those of InMotion—in 46 American airports and in the casino-resort marketplace. Keir will partner with MRG’s president and COO David Charles, a veteran of LVMH-owned luxury travel retailer DFS Group, to develop strategies for growth as the effects of the Covid-19 pandemic ease up in the travel channel.

The new WHSmith concept in London Stansted’s departures lounge could offer a blueprint for some American airports where authorities are looking for larger, easier-to-manage concessions rather than a series of smaller ones. The retail unit has a department store feel, combining traditional items such as books, food, drink, and gifts with tech and electronics.

Andrew Harrison, managing director of WHSmith Travel since May, called the new space “a tailored one-stop shop solution” and Ben Green, retail director at the airport, said: “This concept will make shopping even easier for our passengers by bringing together an extensive range of products under one roof. I’m confident it will prove to be extremely popular with our passengers.”

The opening is also well timed. Travel restrictions to and from England have eased and London Stansted traffic is rising. It was one of only three airports to pass one million passengers in September.