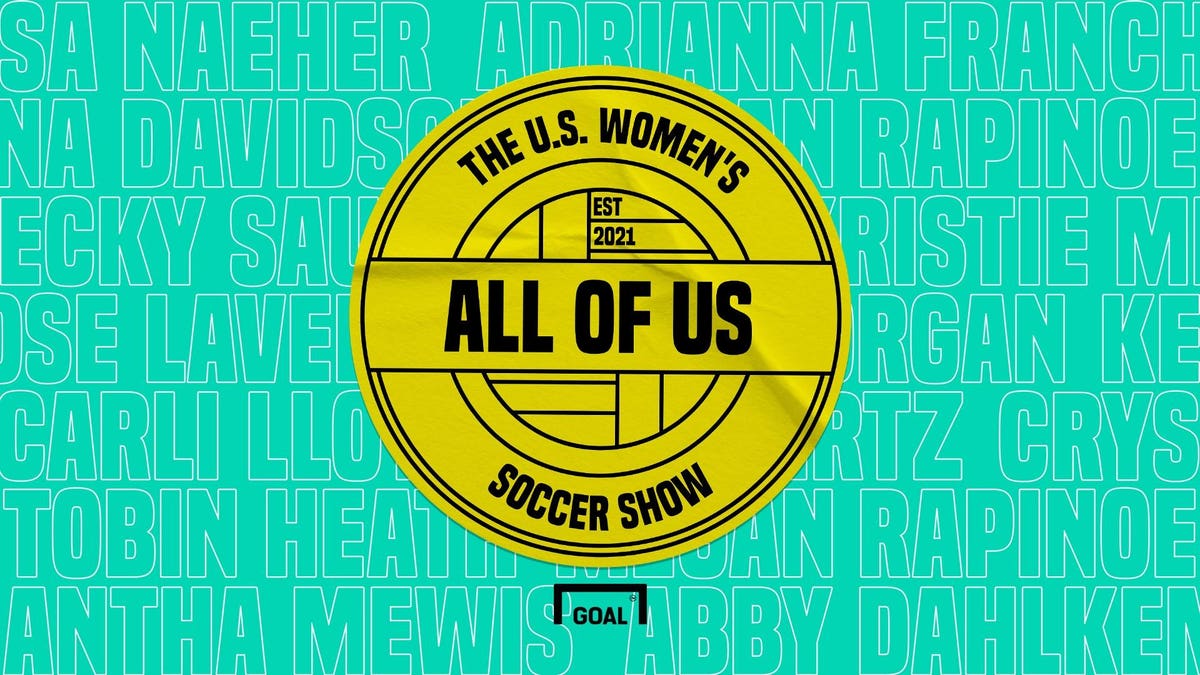 The world’s largest online soccer publication, Goal, is today launching a new podcast, All Of US, focusing on the United States women’s national team as they begin their attempt next week to win Olympic Gold on the back of a World Cup title for the first time in their history.

An initial run of eight episodes, hosted by Seth Vertelney and Ameé Ruszkai, begins today with a show previewing next Wednesday’s start of the Tokyo 2020 Olympic women’s soccer tournament and will feature World Cup winner and two-time Olympic champion, Hope Solo. New episodes will be released after each of the United States’ matches in Japan beginning with their Olympic opener against Sweden on July 21.

To complement the podcast during the Olympics, Amazon Alexa users can get audio bulletins from podcast host Seth Vertelney direct from the United States training camp in Tokyo with daily flash briefings that can be set up in the Alexa app. Once the Games conclude, the show will continue to focus on matches played by the United States women’s national team and its players representing club sides during the season.

Founded in 2004, Goal encompasses one of the largest soccer communities in the world, second only to ESPN as the most popular online sports publication. Under the FootballCo umbrella which also includes Voetbalzone (Netherlands) and Spox (Germany), the Goal website receives more than 80 million visits every month and is available in 17 different languages.

Since 2018, as part of its growing commitment to the coverage of women’s soccer, Goal included female players in its annual awards to honor the world’s best player (Goal 50) and next generation talent (NXGN). Vice President of content for Goal’s parent company FootballCo, Alex Chick said “while we’ve seen a great appetite for our coverage of women’s soccer on Goal, by far the most popular players have been those from the United States Women’s National Team”.

“The launch of the “All of US: The U.S. Women’s Soccer Show” will go a significant way to ensuring our fans and fans of the United States Women’s National Team are getting the best coverage of some of the best players and the best team in women’s international football.”

Goal are tapping into what seems to be an unquenchable thirst for content on the four-time world champions and its outspoken players. Last year Netflix announced they would be releasing a documentary film on the 1999 World Cup winning team. They were joined in March by HBO Max and Warner Media who revealed they would premiere a film on the team’s ongoing fight for equal pay later this year entitled “LFG The Movie”.

Led by Megan Rapinoe, the squad were the first soccer team in the world to collectively take a knee in support of the “Black Lives Matter” movement and this week they helped raise $85,000 for the You Can Play project to raise awareness of LGBTQ+ rights by auctioning off their match shirts featuring rainbow-colored squad numbers.

The new “All of US” podcast will also hope to tap into the team’s reputation for straight-talking and activism as Chick explained, “while the focus will be what happens on the pitch, we’re keen to let the players talk about what is important to them too. With many female players passionate about civil rights, politics and other causes, such topics will form an important part of the show.”

No player cuts a higher profile than Solo, who gained a following in the United Kingdom for her excellent work as a BBC television pundit during the 2019 FIFA Women’s World Cup. Chick admitted that adding Solo as a guest for the first four episodes of the show would enable them to utilize her “extensive broadcast experience and amazing career at club, international and Olympic level. She’s also a fantastic personality who we’re thrilled to be adding to the team.”

All of US: The U.S. Women’s Soccer Show is available on Spotify and Apple Podcasts

Looking at the National Award Winner’s Most Memorable Performances

Looking at the National Award Winner’s Most Memorable Performances