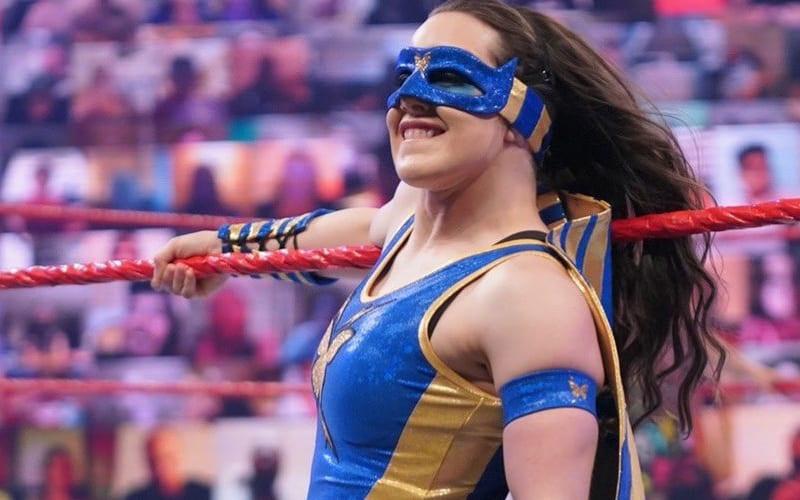 Nikki A.S.H. won the women’s Money in the Bank Ladder Match in a hot match to start WWE’s first pay-per-view in front of live fans since WrestleMania 37. Despite receiving the most tepid response from an otherwise hot crowd upon the opening entrances, Nikki endeared herself to this live crowd by flying off the ladder onto the crowded field.

A major subplot of the match was how popular Alexa Bliss was, who easily received the biggest ovation for her entrance. The Money in the Bank competitors were booed loudly when Bliss was buried under a sea of ladders.

Carmella, the first participant announced by nefarious General Manager Sonya Deville, seldom won matches on SmackDown. Instead, she was more concerned with being the most beautiful woman in WWE, and made it a point to have that bold claim announced even in defeat. Carmella would eventually be pulled from the match in favor of this past Friday’s SmackDown Women’s Championship match, which she also lost.

The returning Zelina Vega was also randomly announced for the match before losing her return match to Liv Morgan in a matter of minutes. Thankfully, Morgan was later thrown into the mix after admittedly winning a series of matches in the weeks leading up to Money in the Bank.

WWE Women’s champions Natalya and Tamina, who have spent the past two weeks losing to upstarts Shotzi and Nox, were the final two participants gifted with spots in the matchup, qualifying matchups be damned.

The buildup for this match not only suffered from weak storytelling, but also personnel problems as WWE’s women’s division is basically a skeleton crew on SmackDown. Prior to the much-needed influx of NXT call-ups, SmackDown’s entire women’s division comprised of as few as six women.

Moving forward, Nikki A.S.H. will continue to build momentum with a promising gimmick that will only get better if and when she successfully cashes in her women’s Money in the Bank briefcase, preferably down the road against a heel champion on Raw and not against popular top babyface Bianca Belair.

Israeli Spyware Maker Is in Spotlight Amid Reports of Wide Abuses