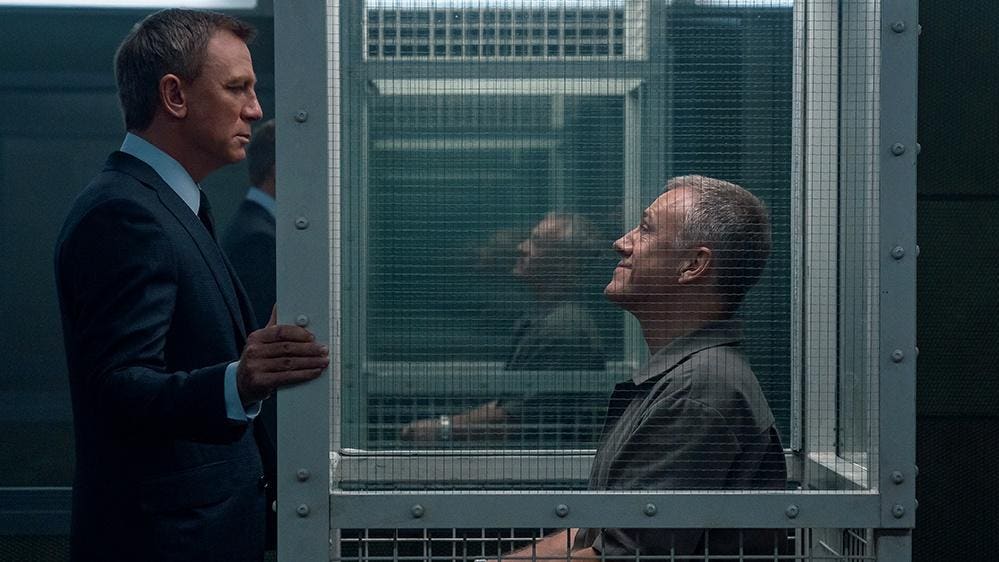 With $708 million worldwide, No Time to Die is the fourth-biggest worldwide grosser of 2020/2021 behind Vin Diesel’s F9 ($721 million), China’s Hi, Mom ($837 million) and China’s The Battle at Lake Changjin ($885 million). The Daniel Craig actioner is the third-biggest 007 movie ever in raw worldwide grosses, behind only Spectre ($881 million) and Skyfall ($1.108 billion), and is ahead of every Matt Damon Bourne movie, every Vin Diesel-starring xXx or Mike Myers-starring Austin Powers flick and all of Tom Cruise’s Mission: Impossible movies save for Fallout ($792 million). However, it has earned “only” $150 million domestic, which puts it near the bottom in terms of “tickets sold” for the James Bond franchise. That also places the 25th James Bond movie into an accidental piece of box office history. No Time to Die has the lowest domestic gross of any film that still topped $700 million worldwide.

The 007 series has always been overseas-slanted, even before such a thing became “normal” for Hollywood. Sean Connery’s Dr. No began by grossing $16 million domestic and $59 million worldwide in 1962. On average, the 26 James Bond flicks (counting Never Say Never Again) have earned around 29% of their global grosses in North America and 71% overseas. Even entries that bombed in North America, like The Man With the Golden Gun ($21 million in 1974) or License to Kill ($35 million in 1989) still earned more than enough overseas for decent worldwide totals ($98 million and $156 million respectively). Series benchmarks like Roger Moore’s Moonraker ($70 million/$210 million in 1979), Pierce Brosnan’s GoldenEye ($106 million/$353 million in 1995) and Daniel Craig’s Skyfall ($304 million/$1.1 billion in 2012) performed likewise. Goldfinger ($56 million/$125 million in 1964) and Thunderball ($64 million/$141 million in 1965) overperformed by earning around 40% domestic.

Amusingly, had Sony not dragged Spectre kicking and screaming in protest across the $200 million mark in 2016 (it spent 61 days before $199 million domestic and $200 million domestic), the previous James Bond film would have earned the biggest “under $200 million domestic” gross for a live-action film. That Spectre notched $881 million alongside The Hunger Games: Mockingjay part II and Star Wars: The Force Awakens three years after Skyfall almost doubled the domestic and global performance of any previous 007 movie arguably set the bar a bit high for No Time to Die. To be fair, a likely over/under $760 million global cume (Australia opened with $8.2 million and the legs have been rock-solid here and abroad) is less than 15% below $881 million, so you can argue that it’s performing as intended on a “Covid curve.” More importantly, it’s almost/arguably over performing overseas in the pandemic era.

As for “why,” the franchise remains incredibly popular in the United Kingdom, partially because (simplification alert) it remains a defining piece of pop culture fantasy which positions England remaining among the absolute world leaders and key global movers-and-shakers, while also offering an economic fantasy whereby a regular soldier can rise to the ranks of top secret agent and relish the finer things (the cars, locales, casual sex and permissible/righteous violence). The latest James Bond film is already the fourth-biggest UK release ever, behind (for now) Avatar, Spectre, Skyfall and The Force Awakens. Nonetheless, if you remove the UK and Ireland ($126 million and counting) and remove China ($58 million), that’s still $524 million worldwide, bigger than any 2020/2021 release save for F9. Vin Diesel’s action franchise morphed into a blue collar 007 fantasy, succeeding where xXx failed, with street racers turned superspies who still feel awkward wearing tuxedos.

As China becomes even less reliable even for globally successful Hollywood releases, thanks to changing tastes and increased competition from local tentpoles, Hollywood franchises that can soar without China are exceptionally valuable. No Time to Die remains the only game in town for moviegoers who want big blockbusters which aren’t superhero movies or sci-fi fantasies, an advantage it will maintain for a while unless Matthew Vaughn’s The Kings Man (another 007 knock-off franchise, albeit one that leans into the class mobility elements) surprises over Christmas. The James Bond films have become so “an island unto itself” in terms of polished, grown-up skewing action blockbuster filmmaking that they have become prestige pictures alongside superhero sagas and 80s/90s’ nostalgia flicks. We’ve gone from “Nobody does it better” to “nobody does it at all.” However, in terms of global box office amid a global pandemic, “nobody does it better” still applies.