Pittsburgh Pirates Will Get Their Man Henry Davis This Time 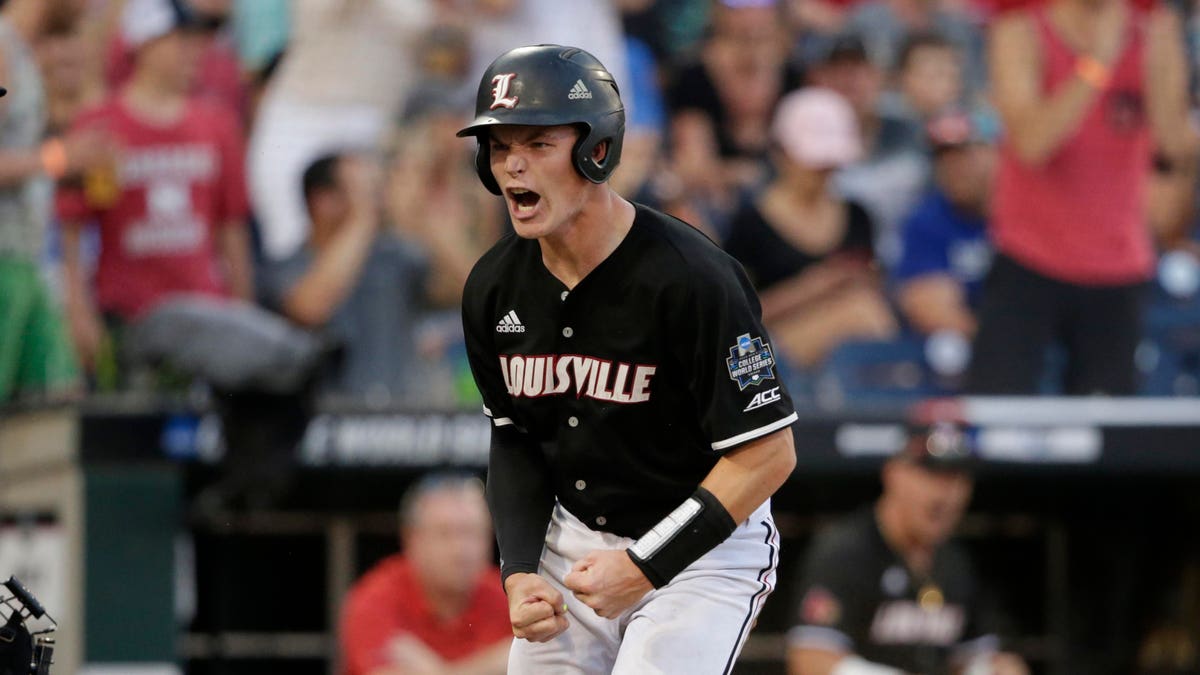 The Pittsburgh Pirates and Henry Davis have negotiated before.

And a short story.

The day before the 2018 Major League Baseball First-Year Player Draft, the Pirates called Davis, who had just finished his senior year at Fox Lane High School in New Bedford, N.Y. The Pirates wanted to see how much money it would take for Davis to forego a scholarship to the University of Louisville and become a professional if they drafted him.

“They asked what I wanted, they told me what they were offering, and we weren’t even close,” Davis said.

The Pirates were the only team MLB that contacted him that spring.

Three years later, the Pirates will try to woo Davis to pro ball again. It seems certain they will be successful this time after using the first overall pick in the draft Sunday night to select the 21-year-old catcher after he won All-America honors this year at Louisville.

“Ready to go, ready to get to work,” Davis said immediately after being announced as the No. 1 selection. “Super excited.”

Davis will also have a much larger bank account once he signs. The recommended slot value for the No. 1 pick by MLB is $8,415,300.

There is speculation Davis could sign for less money. The Pirates would then use the savings to go over slot value on some other draft picks.

The Pirates can spend up to $14,394,000 total on their 21 picks. That is the highest bonus pool among the 30 MLB teams, the result of finishing with the worst record in the pandemic-truncated 2020 season.

The Pirates have five of the first 102 picks, including the first selection of the second round (37), a Compensation Round B pick (67) and the first pick in the third (72) and fourth (102) rounds.

General manager Ben Cherington would not say if a potential lower signing bonus is why the Pirates selected Davis over high school shortstops Marcelo Mayer of Chula Vista, Calf., and Jordan Lawlar of Dallas. As high school players, they would have had the leverage of going to college to use in negotiations.

“Ultimately, we want to sign the players we take, and so, it’s always going to be information we want to share,” Cherington said. “But we wanted to do right by the process first, which was to really debate the heck out of that top group. We did that. We did have a group of players really close together. Ultimately, Henry was on top of that group. We had him listed first.

“So, as we engaged in the conversations, you start there. We haven’t signed him. We haven’t agreed. But we take him with some confidence and hope that we can.”

Davis hit .370 this past season in 50 games with 15 home runs and 48 RBIs. His .482 on-base percentage led the Atlantic Coast Conference.

Davis also threw out 46 percent (13 of 28) of runners attempting to steal a base while being a finalist for the Buster Posey Award, which goes to the top catcher in college baseball.

The Pirates are in the early stages of a major rebuilding program following a winter in which they traded right-handers Joe Musgrove and Jameson Taillon along with first baseman Josh Bell while releasing righty Trevor Williams.

The growing pains have been obvious as the Pirates’ record is 34-56 at the All-Star break. That is the third-worst mark in the major leagues behind the Arizona Diamondbacks (26-66) and Baltimore Orioles (28-61).

However, Cherington has been attempting to build up the farm system since being hired in November 2019. Davis projects to be a key part of the Pirates’ future.

The Pirates have not been to the World Series since 1979 or won a division title since 1992. Davis believes he can help eventually change that.

“That’s the plan,” Davis said. “I mean, going there and meeting with all of them, everybody in the organization, it was clear they’re all chasing the same thing, and they’re chasing greatness for the Pirates. They see the vision where they can be great, they can win World Series, and just being able to contribute a teeny bit going toward that goal, I’m super excited.”