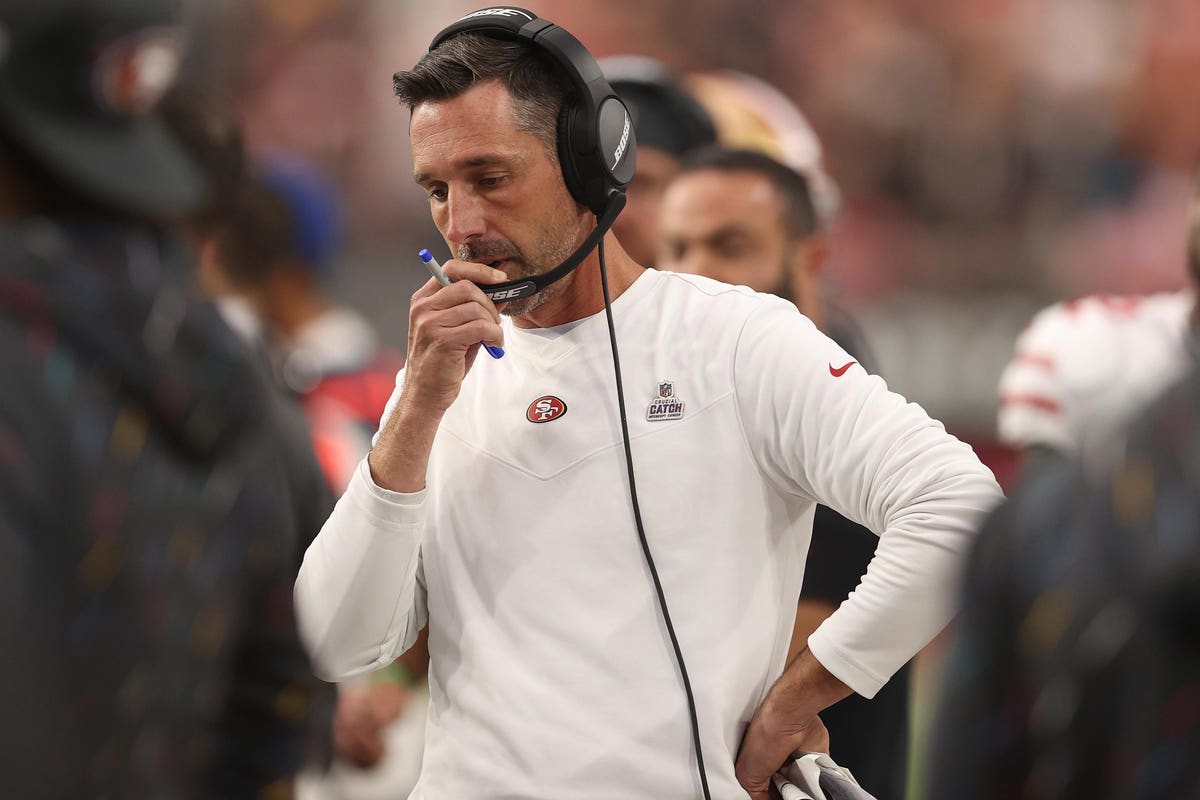 The old NFL adage goes that if you have two quarterbacks you have none. Due to injuries, there is the possibility the San Francisco 49ers could be without both Jimmy Garoppolo and Trey Lance when they return from their Week 6 bye to face the Indianapolis Colts.

That is the nightmare scenario for the Niners and would force them to go with third-stringer Nate Sudfeld under center. The more plausible scenario is that one of Garoppolo or Lance—more likely the former—will be available for the Sunday Night Football Clash at Levi’s Stadium.

Garoppolo is hoping to return from a calf contusion that forced him to miss the 49ers’ 17-10 Week 5 defeat to the Arizona Cardinals while Lance is dealing with a knee sprain he suffered in making the start in that loss.

Should Garoppolo indeed be the healthier quarterback in Week 7, it will—at least temporarily—remove a headache for 49ers head coach Kyle Shanahan.

Sitting 2-3 and three games outside of first place in the hyper competitive NFC West, the 49ers are not in a position that suggests they will be serious postseason contenders in 2021.

Having spent three first-round picks to trade up for Lance, logic dictates that, if the Niners are set to be on the outside looking in when it comes to the playoff picture, it is best to give the keys to Lance, live with his rookie mistakes and give him the repetitions he needs to develop into a quarterback who can propel San Francisco back to contention in 2022.

The problem is that Shanahan does have plenty of reason to believe the Niners can still compete this year.

Every game the Niners have played this season has been decided by one score. If not for a last-second field goal from Green Bay Packers kicker Mason Crosby in Week 3, they would at least have a 3-2 record, and San Francisco boasts a defense that—save for the primetime loss to Green Bay—has performed well for first-year coordinator DeMeco Ryans.

Indeed, the 49ers are eighth in yards per play allowed this season (5.29), with Cardinals quarterback Kyler Murray, per 49ers.com, labelling their defensive line as “probably the best in the game” following the Week 5 matchup.

Shanahan could, therefore, be forgiven for being caught in two minds over whether to try to contend with the more experienced quarterback or accept another potentially lost season with the possible bright spot of development from his rookie.

That is not to say success is impossible with Lance as a rookie. Shanahan was correct in his assessment that Lance “did enough to win” against Arizona, as poor execution from those around him on the offense doomed San Francisco to defeat.

At the same time, San Francisco’s offense was not efficient in moving the ball with Lance who, according to Ben Baldwin of The Athletic, averaged minus 0.2 Expected Points Added per play against the Cardinals.

Garoppolo is seventh among quarterbacks in EPA per play this season. The former New England Patriot has physical limitations by which Lance is unburdened and an irritating tendency for turnover-worthy plays, but Shanahan knows how to put together an efficient offense with Garoppolo at the helm.

He has yet to figure out how to do that with Lance. Going forward, Shanahan faces a choice of figuring out how to do so while accepting the ups and downs that come with starting a rookie or going with the relatively reliable but limited ceiling option in Garoppolo and hoping he can get the Niners back in the hunt.

Publicly, Shanahan has made no secret of his desire to go with the latter course of action and, for now, the injury situation may have made that decision for him.