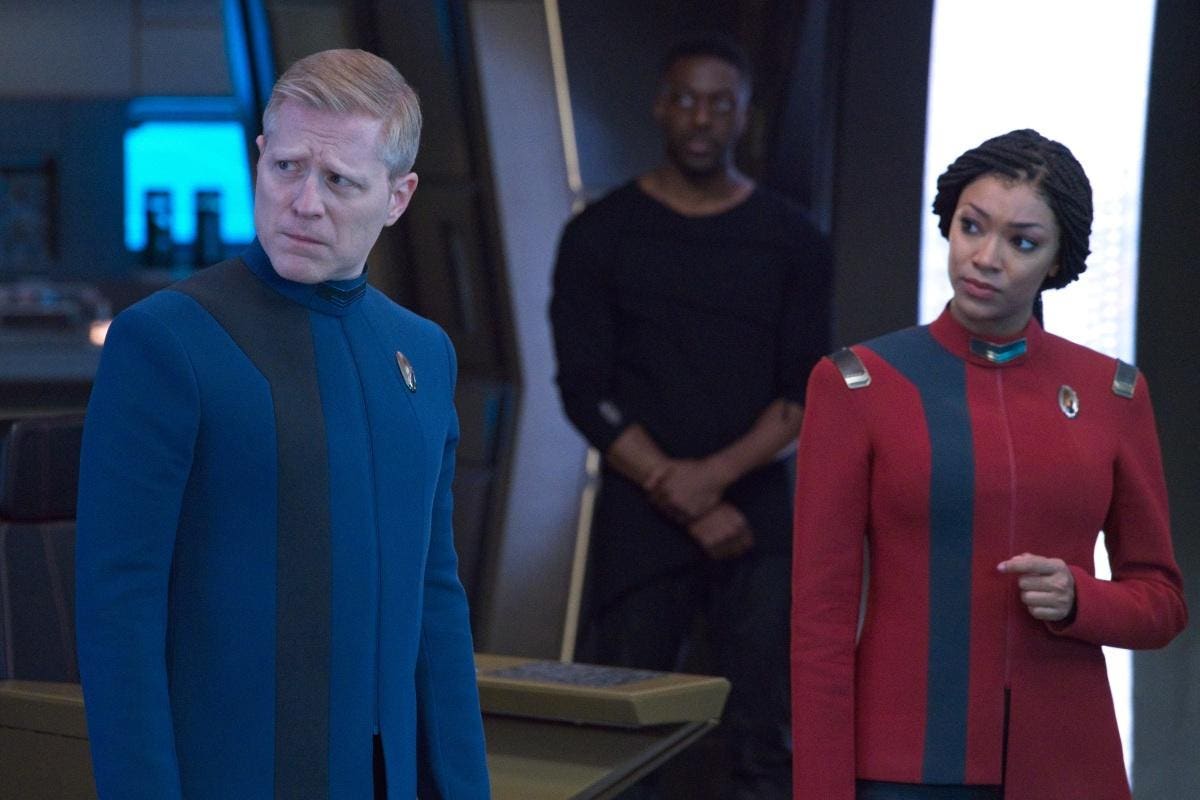 The fourth season of Star Trek: Discovery dropped early Thursday for viewers in the U.S. and Canada, with an exciting new mystery for the boldly going starship crew to solve: Why did Paramount+ pull the plug on an international audience that propelled the popular science fiction franchise to become the most watched streaming show in the world, just days before launch?

Turns out, the streamer is simply following the successful formula that all of Hollywood has always done before: the Search for More Money.

Don’t worry, fans, that’s not really the plot for season four, and there are no actual spoilers in this post. What fans the world over already know is that the network made a deal with Netflix, reported earlier this week by Deadline and others, to pull Star Trek: Discovery at midnight Thursday just hours before the new season hit. This has sparked days of anger in the U.K. and elsewhere.

Worst of all, the public faces of the show—the actors—were just as caught off-guard as were internati0nal viewers. That includes several of the seven out LGBTQ actors in the cast, many of whom just traveled to Europe to promote the series at conventions in London, Bonn and other venues.

Out gay actors Anthony Rapp and Wilson Cruz play the Discovery’s Paul Stamets and Dr. Hugh Culber. Cruz, who once called the show “the queerest Star Trek in history,” summed up his feelings with an avatar.

Blu del Barrio plays Adira. Both the actor and their character came out as nonbinary last season. They echoed Rapp’s remarks on Twitter.

Emily Coutts, who is out and proud and plays helms officer Keyla Detmer, sent a message of support to fans around the world.

Actor Doug Jones, a fan favorite and straight ally, returns as Captain Saru. His character left the Discovery last season for his home planet of Kaminar. He’s also one of the actors who replied to fans on Twitter about this turn of events.

ViacomCBS’s deal means fans who were watching the show on Netflix won’t be able to watch season four until it becomes available sometime in early 2022, and even then, they also must subscribe to the Paramount+ streaming service. As Screenrant reported, ViacomCBS’s “logic is flawed, because in pulling the show from Netflix at such short notice they’ve burned any sense of goodwill among fans.”

So why did this happen? As Screenrant’s Thomas Bacon explains, when Star Trek: Discovery launched in 2017, it was only available on Paramount+’s predecessor, CBS All Access, and only in the United States; the show was originally not available overseas. But with each adventure costing CBS a reportedly skyhigh $8M per episode to produce, former honcho Les Moonves found a willing partner in Netflix, reportedly striking a deal in which Netflix paid 100% of its entire production budget in exchange for international distribution rights. Deadline reported the deal was believed to be “in the healthy six figures.”

Until now, Netflix has been the exclusive home of Star Trek: Discovery for global audiences. And in its second season, the show became a verified worldwide hit.

ViacomCBS, fresh off its consolidating merger, obviously wants to keep that money flowing in from overseas in-house.

According to Deadline, of the more than 20 countries that will have access to Paramount+ outside North America, the first markets to stream Star Trek: Discovery on Paramount+ will be the U.K., Germany, Ireland, Austria and Switzerland. ViacomCBS anticipates the streaming platform to be available in about 45 markets within the next year as part of its accelerated plan.

“As we rapidly expand our global streaming footprint, we are bringing more of our top titles home to ViacomCBS for Paramount+ markets around the world,” ViacomCBS Networks International streaming boss Kelly Day told Deadline. “We have a strong global and local content pipeline that positions us for success across our regions, and repatriating beloved series like Star Trek: Discovery for Paramount+ is another step forward as we bring fans more must-watch series worldwide.”

Sorry, European fans. Maybe you can take some comfort in this: the administrator of at least one Facebook group of Star Trek fans issued the following edict: “No DISCO spoilers… until 2022.”