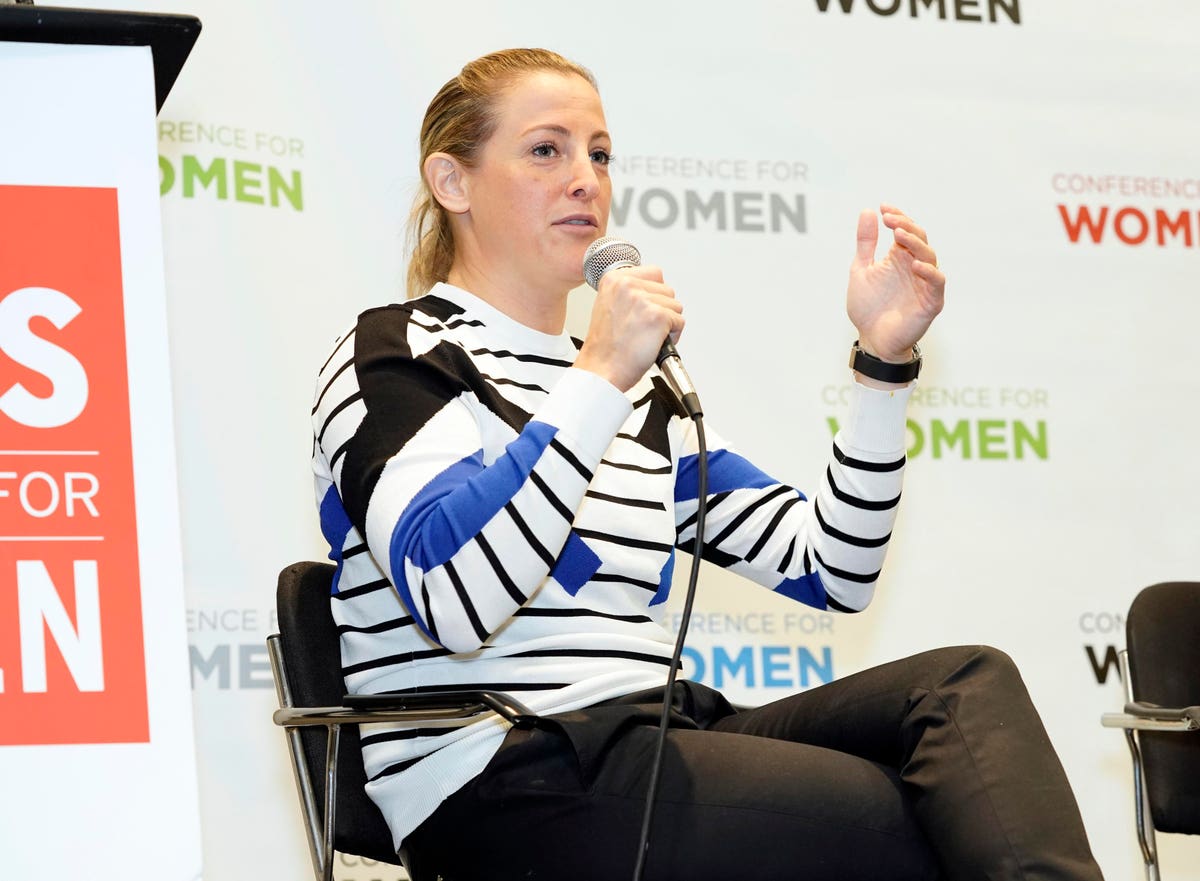 “I got goosebumps that whole game because it started to feel like normalization,” said the NFL’s Senior Director of Diversity & Inclusion, Sam Rapoport.

That game set the tone for the season as an increasing amount of women could be seen on the sidelines. In the league’s grand finale, Super Bowl LV between the Tampa Bay Buccaneers and Kansas City Chiefs, Buccaneers assistant defensive line coach Lori Locust and assistant strength and conditioning coach Maral Javadifar became the first women coaches to win the Lombardi Trophy.

The steady rise of women in the NFL is no coincidence. In 2017, Rapoport started the Women’s Career in Football Forum, a yearly two-day event designed to create a pipeline for women to work in the NFL. One month before the 2021-22 NFL season began, the WCFF announced that there would be 12 female coaches in the league – the most ever.

Halfway through this season, women are beginning to achieve a seemingly undesirable feat: invisibility. “Historic” photos of women’s firsts circulate less and less as football fields and front offices boast more women than ever before. Rapoport said that Sarah Thomas recently sent her a photo of a young girl who asked her mom for a zebra shirt. As the number of women in the league increases, so does their ubiquitousness – the intangible trait that makes women’s accomplishments in traditionally male spaces not headline-worthy, but ordinary.

“That type of impact is immeasurable,” Rapoport said. “That’s what we’re going for. We want girls to not think, but know, that they belong in this game in whatever capacity they want to be involved in it.”

The Women’s Career in Football Forum

It started on a field in the suburbs of New York City where Commissioner Roger Goodell played football. Rapoport was helping the Commissioner run a flag football clinic when she approached him.

“‘Commissioner, I have an idea,’ Rapoport said. “And I presented an idea to him about women that want to get into this game, are qualified to get into this game, that love this sport as much as men do, that don’t know how to get through the front door. Women previously were getting in through the side doors and back doors and so we wanted to create a direct, linear path from where they were to the front door of getting into the NFL.

Since its birth in 2017, the WCFF has secured 196 football opportunities for participants, including 106 opportunities in the league, per the NFL. Participants have earned 28 coaching opportunities with NFL clubs over the past five years.

In 2021, 69 participants from the inception of the program secured roles in football – the highest ever mark. Last year, 83% of participants secured opportunities and 79% were women of color. The opportunities attained by women of color have increased steadily in the past three years, from 25% in 2019 to 79% in 2021. Twenty-three of the 32 NFL clubs have hired a woman through the WCFF.

“We’re not satisfied,” Rapoport said. “We don’t take pats on the back very well because we have a lot of work to do. The way I see it, we’ve just planted the seeds now…Our ultimate goal with this program is to become obsolete and not have to run it anymore. It’s great now because it’s needed and we’re working towards a time where it’s no longer needed.”

Rapoport said that the steps the NFL took to implement the forum can be applied to any business in the world and she explained the ingredients for social change.

“One is a leader that not only fosters it but supports it and screams it from the rooftops, which we have,” Rapoport said. “But also you need the progressive head coaches and GM’s. You need the women themselves who are willing to carry these torches that they did not necessarily ask to carry.”

Earnin’ It: The NFL’s Forward Progress

In order to tell the stories of the women who have been trailblazers in the league, Rapoport and Jane Skinner Goodell are producing a podcast called “Earnin’ It: The NFL’s Forward Progress” that debuted this past Tuesday. Rapoport, who hosts the podcast, has specific hopes for the venture that extend beyond the world of football.

“One is that high school girls, college-aged girls and women are listening to it and getting inspired maybe to coach in the NFL, maybe to scout in the NFL, but maybe not,” Rapoport said. “Maybe it’s to be an astronaut. Maybe it’s to do something that they felt was traditionally a male position that they can go for…It applies to football and I certainly hope many girls and women get motivated to apply for jobs in football. But I also hope it just generally inspires girls and women to take a shot on whatever is their passion and their calling and go for it.”

The notion that a female hire or promotion is symbolic and not genuine continues to exist in certain spaces. The name of the podcast is intentionally meant to dismiss the tokenism that is sometimes assigned to women.

“The reality if you get to know these women, is that they have rich football backgrounds that are the same backgrounds that men bring to the game,” Rapoport said…The idea behind is that they deserve to be here, they’ve earned it and they are part of the NFL’s forward progress, not just from a gender perspective but from a racial and ethnic perspective.”

Fuel to the Fire

The rise of women in the NFL comes during a tumultuous time. Before the 2021-22 season began, the league announced its findings on the Washington Football Team in which no allegation against owner Daniel Snyder was addressed, and a $10 million fine was requested. Houston Texans quarterback Deshaun Watson has been the subject of several investigations and 22 civil lawsuits as he faces allegations ranging from inappropriate conduct to sexual assault. In October, the New York Times found misogynistic, racist and anti-LGBTQ emails sent by ex-Raiders coach Jon Gruden from 2010 to ’18.

In the wake of tumultuous developments in the league, Rapoport said that she feels an urgency to create change as soon as possible.

“Anything negative that happens or that affects us emotionally that is not reflective of the NFL like we’ve experienced this season, it does fuel me to double down,” Rapoport said. “It doesn’t create a weakness or make me think, ‘Maybe this isn’t worth it.’ Our thoughts are that we need to gain more hearts and minds in this space so that we can all create the league that, frankly, Commissioner Goodell expects us to create. It’s fuel to the fire. The right side is going to win.”

For Rapoport, that urgency comes from the belief that an increased amount of women on the sidelines has a trickle-down effect. That the impact seeing a woman on a football field can have on young girls is limitless. Representation inherently sends a message of inclusion. While it does not necessarily encourage more young girls to work in football, it does send the message that they can.