Team News And Line Up 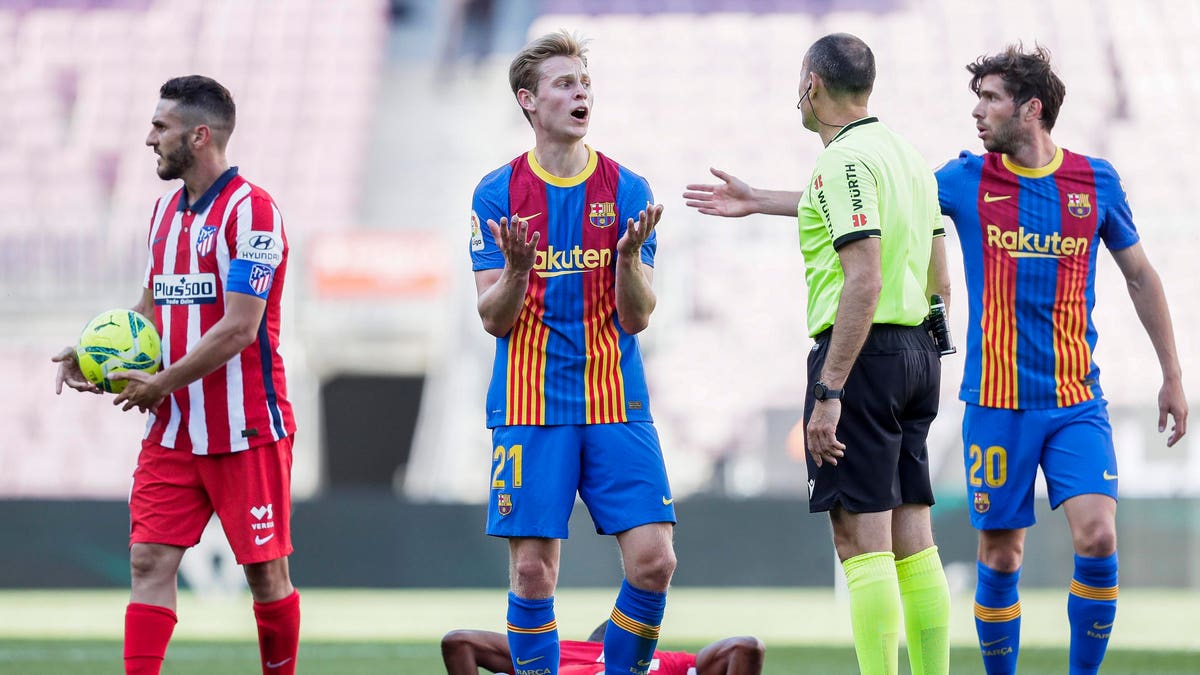 Licking their wounds after a disastorous night in Lisbon that saw them slump to their first back-to-back group defeats in the Champions League since 2000 when beaten 3-0 by Benfica, FC Barcelona have to get back on the horse and try and win one of their toughest games of the La Liga season at the Wanda Metropolitano against holders Atletico Madrid.

The Dutchman will have to watch from the stands due to the red card he received against Granada, but this is widely believed to be Ronald Koeman’s last game in charge in light of just one win in five across all competitions.

At least domestically things are slightly better for Barca than on the continent.

Last time out, a 3-0 win over Levante was their best performance of the season so far, and in holding what could be his final press conference as the Blaugrana boss, Koeman was commended for his professionalism while opposite number Diego Simeone said that the 58-year-old “has shown a lot of character”.

Regardless of this, many will be glad to see the back of the hero of Wembley 92, with SPORT dubbing this fixture “the Last Dance” with the 3-5-2 so hated after president Joan Laporta ordered him to field a 4-3-3.

In the former approach, then, Marc-Andre Ter Stegen starts in goal with a flat back three of Eric Garcia, much criticized for his showing in the Portuguese capital, Gerard Pique and an in-form Ronald Araujo.

Given injuries to Jordi Alba and Alejandro Balde, Sergino Dest continues as a left wing back which frees the opposite flank for Oscar Mingueza.

With captain Sergio Busquets acting as pivot, another knock picked up by Pedri allows a 17-year-old Gavi just called up to the Spain senior national team to partner Frenkie de Jong in midfield.

Up top, Netherlands forwards Memphis Depay and Luuk de Jong get another chance to pick up their slump – though both scored against Levante at Camp Nou last weekend. So too did Ansu Fati in an impressive 10 minute comeback cameo, however, and the prodigy could feature late on.

Koeman’s fate aside, the biggest storyline here of course is former Catalan charges Luis Suarez and Antoine Griezmann facing their old team. Shipped off by the struggling tactician over the last two summers, how they would love to put on last nail in his coffi before someone in the mould of Andrea Pirlo, Xavi Hernandez or Roberto Martinez takes over the reins.