The Good, Bad And Ugly From The Green Bay Packers’ Loss To The Minnesota Vikings 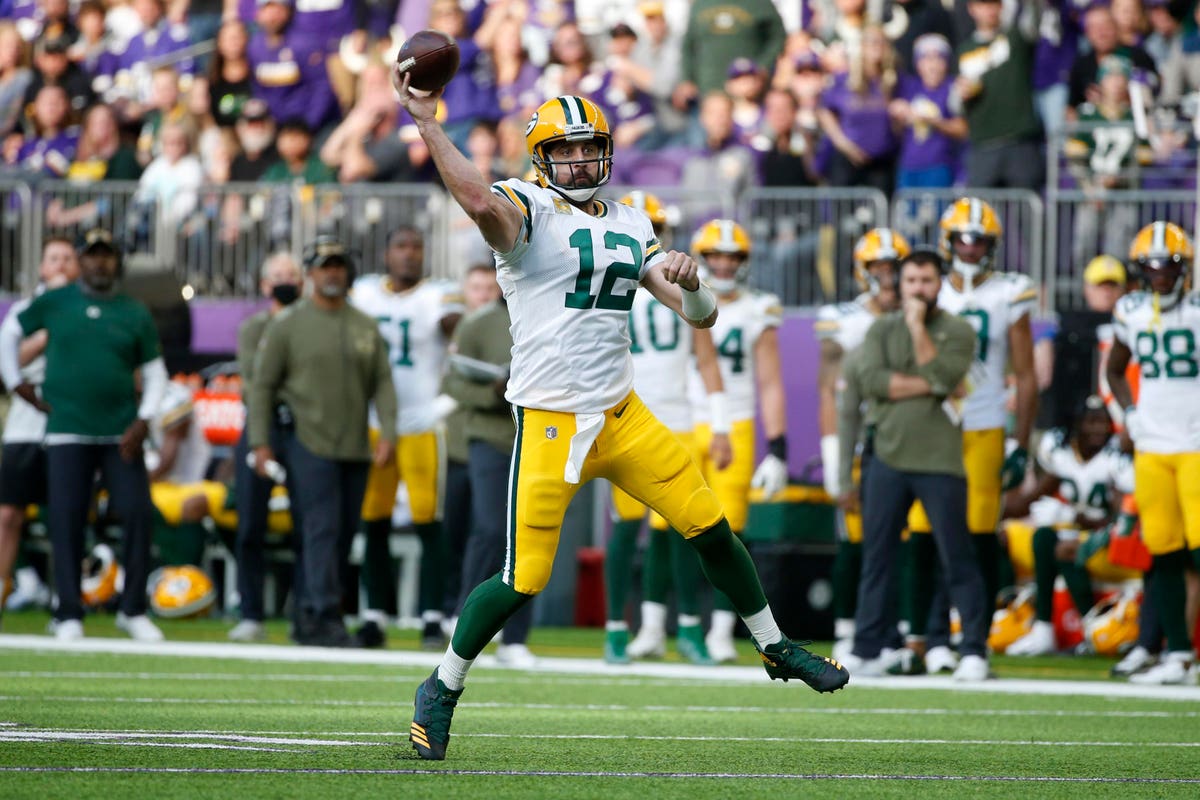 The divisional dominance was put on pause — at least for one afternoon.

Since coming to Green Bay in 2019, Packers’ head coach Matt LaFleur had dominated the NFC North unlike anyone in the history of the division. LaFleur entered Sunday’s game in Minnesota with a 13-1 mark inside the North.

The Vikings put a dent in that mark, though, downing the Packers, 34-31, on Sunday. Minnesota’s Greg Joseph kicked a 29-yard field goal as time expired to lift the Vikings to the win.

The Packers slipped to 8-3 and fell out of the NFC’s top seed for the time being. Minnesota improved to 5-5 and is back in the hunt for a playoff spot in the NFC.

Here’s the good, bad and ugly from Green Bay’s win:

Rodgers had one of his best games of the season, though, throwing for 385 yards and four touchdowns. He completed 23 of his 33 passes and finished with a passer rating of 148.4.

Rodgers has practiced just one day in the last three weeks due to COVID-19 and a toe injury. But even that couldn’t stop the future Hall of Famer from having a huge afternoon against the Vikings.

DAVANTE ADAMS: Green Bay’s Pro Bowl wide receiver almost seemed to be playing a game of “anything you can do I can do better” with Minnesota second-year star Justin Jefferson.

MARQUEZ VALDES-SCANTLING: Green Bay’s inconsistent fourth-year wideout had his best game of the season. MVS finished with four catches for 123 yards and a touchdown — and his 75-yard TD reception with 2:08 remaining tied the game, 31-31.

THE DEFENSE: Green Bay’s defense had been playing at a championship level for several weeks now, climbing to No. 3 in the league in points allowed (18.0) and yards allowed (309.9). The most impressive stretch came in the last three weeks when Green Bay held Arizona’s Kyler Murray, Kansas City’s Patrick Mahomes and Seattle’s Russell Wilson to a combined one touchdown, four interceptions and just 34 total points.

It was a different story Sunday.

Minnesota quarterback Kirk Cousins threw three touchdowns, completed 68.6% of his 31 passes and finished with a 128.4 passer rating. Wideout Justin Jefferson dominated with eight catches for 169 yards and two touchdowns, while Adam Thielen caught eight balls for 82 yards and a TD.

Dalvin Cook added 115 total yards and a score. And Minnesota scored on six of its nine possessions.

PENALTIES: Green Bay entered the day ranked first in the NFL in fewest penalties (43). On Sunday, the Packers had eight penalties for 92 yards and many were extremely costly.

Kingsley Keke was flagged for a roughing the quarterback penalty which wiped out a Darnell Savage interception. Three plays later, the Vikings got a touchdown pass from Cousins to Adam Thielen.

Green Bay had a three offensive holding calls that that slowed down drives. For a team so fundamentally sound, the high number of penalties was disappointing.

THID AND THAT: Left tackle Elgton Jenkins left in the third quarter with a knee injury. … Krys Barnes had a crucial missed tackle on Minnesota’s final drive and both cornerback Rasul Douglas and safety Darnell Savage missed potential interceptions.

MASON CROSBY: The woes continue for Green Bay’s 15th-year kicker. And the Packers will have to at least discuss whether to stay with Crosby for the stretch run.

Crosby missed a 32-yard field goal in the second half. That gave him eight misses this season, more than any kicker in the league.

“The misses that we had, it’s been unacceptable,” Crosby said last week. “And like I said, it starts with me. I’ve got to make sure that I’m looking at the right things and being detailed. We’re here. This is our job. We work every day whether in conversation, mentally, and looking at film and talking it through, or executing and doing it on the field at practice. So, we’re working tirelessly to make sure that we execute at a high level.”

Right now, Crosby and the Packers are nowhere near that level.