The Good, Bad And Ugly From The Green Bay Packers’ Win Over The Seattle Seahawks 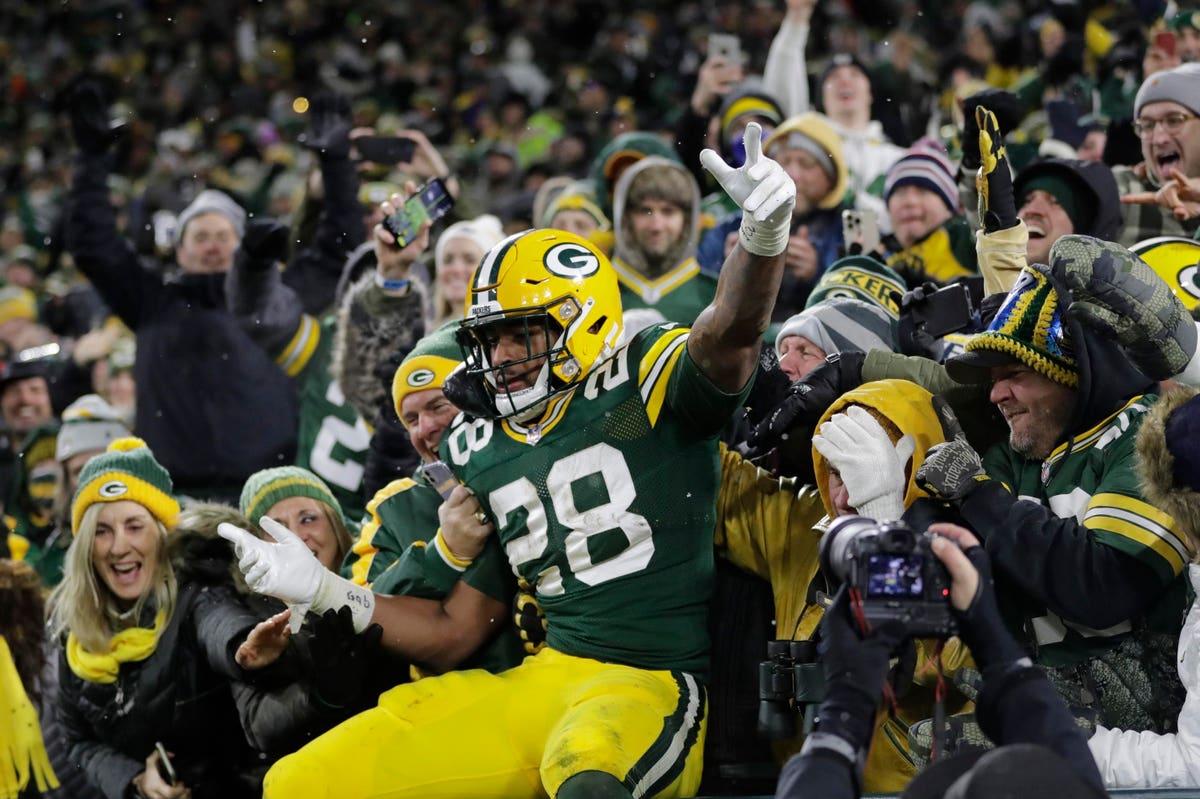 Now, 54 games and 38 months later, the Packers delivered another shutout.

Green Bay defeated Seattle, 17-0, Sunday at Lambeau Field. And in the process, the Packers improved to 8-2 and claimed the NFC’s No. 1 seed.

It also marked the first time since Sept. 18, 2011, that the Seahawks were blanked in a game.

Here’s the good, bad and ugly from Green Bay’s win:

DEFENSE: When it comes to Green Bay’s defense, we should rename this category “The Great.”

The Packers entered the day ranked fifth in total defense and sixth in points allowed. Then Green Bay played arguably its finest game of the year.

It took Seattle until midway through the third quarter to drive inside the Packers’ 30-yard line. On that drive, the Seahawks reached Green Bay’s 12-yard line, but on a third-and-10, Packers cornerback Kevin King intercepted a Russell Wilson pass in the endzone.

Adrian Amos picked Wilson off later. And the Seahawks finished the game with just 208 total yards on 59 plays (3.5 average).

Outside linebackers Rashan Gary, Preston Smith and Whitney Mercilus all had sacks. And the Packers made life miserable for Russell Wilson in his first game since Oct. 7.

A.J. DILLON: The Packers struggled all night on offense. The one bright spot, though, was running back A.J. Dillon.

The 6-foot, 247-pound battering ram had 66 rushing yards on 21 carries (3.1) and both of Green Bay touchdowns. Those were also Dillon’s first rushing touchdowns of the year.

Dillon also caught two passes for 62 yards, including a 50-yarder late in the game when the Packers were running out the clock.

Green Bay’s Aaron Jones suffered a knee injury in the third quarter and didn’t return. If that injury proves to be serious, Dillon will be counted on for even more in the second half of the season.

SECONDARY: Seattle has one of the NFL’s most dangerous 1-2 punches in wideouts D.K. Metcalf and Tyler Lockett. Neither one was much of a factor against Green Bay.

Metcalf was targeted eight times, but had just three receptions for 26 yards. Lockett was even more invisible, finishing with just two catches for 23 yards on his eight targets.

Green Bay cornerback Kevin King and safety Adrian Amos both had interceptions. And cornerbacks Eric Stokes, Chandon Sullivan and Rasul Douglas, along with safety Darnell Savage were all outstanding.

THE OFFENSE: Packers quarterback Aaron Rodgers missed a week-and-a-half after testing positive for COVID-19 on Nov. 3. Rodgers was cleared Saturday and returned to the building, but was extremely rusty after missing 10 days.

Late in the third quarter, the Packers drove to the Seahawks’ 15-yard line. But on a third-and-6, Rodgers was intercepted in the endzone by Seattle safety Jamal Adams.

Rodgers fumbled a snap, although he recovered. He was also out of sync with his pass catchers — something a week of practice would have helped fix.

Rodgers finished the night 23-of-37 for 292 yards, but didn’t throw a touchdown and had one interception.

MORE INJURIES: The Packers have battled through a bevy of injuries all season and are still missing standouts such as left tackle David Bakhtiari, cornerback Jaire Alexander and outside linebacker Za’Darius Smith.

When Crosby missed his first field goal Sunday — a 42-yard attempt — it marked his seventh miss in his last 11 attempts.

On Sunday, Green Bay’s snaps and holds were just fine.

The problem was Crosby.

And the Packers need him to solve his issues A.S.A.P.