The Green Bay Packers Slip To The No. 2 Seed In The NFC 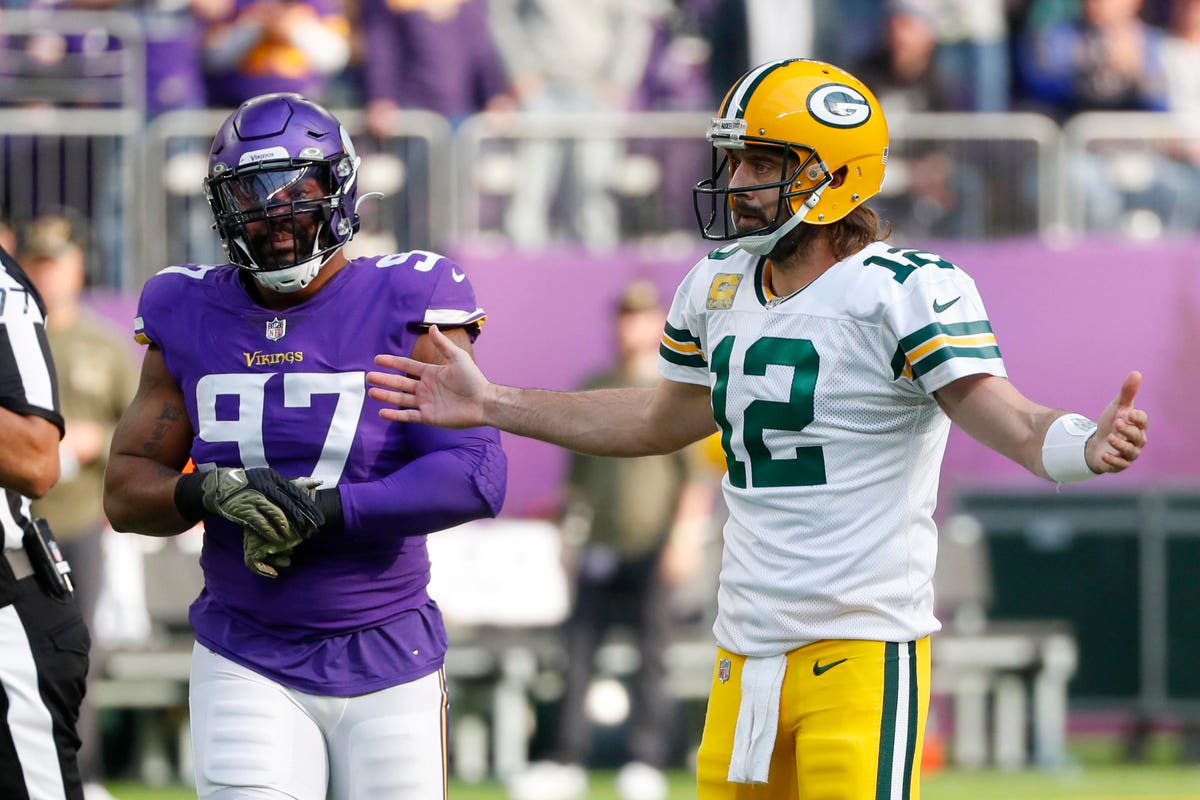 In the 14 years Aaron Rodgers has been the Green Bay Packers’ starting quarterback, his team has been the NFC’s No. 1 seed twice. In both instances, the Packers failed to reach the Super Bowl — even with the benefit of homefield.

The only time the Packers have reached a Super Bowl during the Rodgers-era came in 2010, when the did so as a No. 6 seed and won three road games en route to winning the NFC.

So, while Green Bay would love the postseason road to travel through Lambeau Field, by no means is it an end all.

The Packers entered Week 11 as the NFC’s No. 1 seed. After suffering a 34-31 loss to Minnesota, though, Green Bay dropped down to the No. 2 seed.

Here’s a look at the teams fighting for the No. 1 seed and their remaining schedules:

Schedule: at Chicago, vs. Los Angeles Rams, at Detroit, vs. Indianapolis, at Dallas, vs. Seattle

Analysis: The Cardinals have the easiest remaining schedule among teams fighting for the top seed in the conference. Arizona has a bye in Week 12, then is expected to get quarterback Kyler Murray back for the stretch run.

Schedule: vs. Los Angeles Rams, vs. Chicago, at Baltimore, vs. Cleveland, vs. Minnesota, at Detroit

Analysis: Green Bay has four of their next five games at home, which should help them make a run at the conference’s top spot. A bye in Week 13 could also help a banged-up Packers team start getting healthy.

Schedule: vs. Las Vegas, at New Orleans, at Washington, at New York Giants, vs. Washington, vs. Arizona, at Philadelphia

Analysis: Just one of the Cowboys’ final seven games is against a team with a winning record. That could help Dallas make a run at the top spot and homefield advantage.

Schedule: at Green Bay, vs. Jacksonville, at Arizona, vs. Seattle, at Minnesota, at Baltimore, vs. San Francisco

Analysis: It could be tough sledding for the Rams who travel to the top two seeds in the NFC and the current No. 2 seed in the AFC (Baltimore).

Schedule: vs. New York Giants, at Indianapolis, at Atlanta, vs. Buffalo, vs. New Orleans, at Carolina, at New York Jets, vs. Carolina

Analysis: The defending Super Bowl champions should be able to make a run at the top spot if they can get their house in order. Only two of Tampa Bay’s final eight foes currently have winning records (Indianapolis and Buffalo).