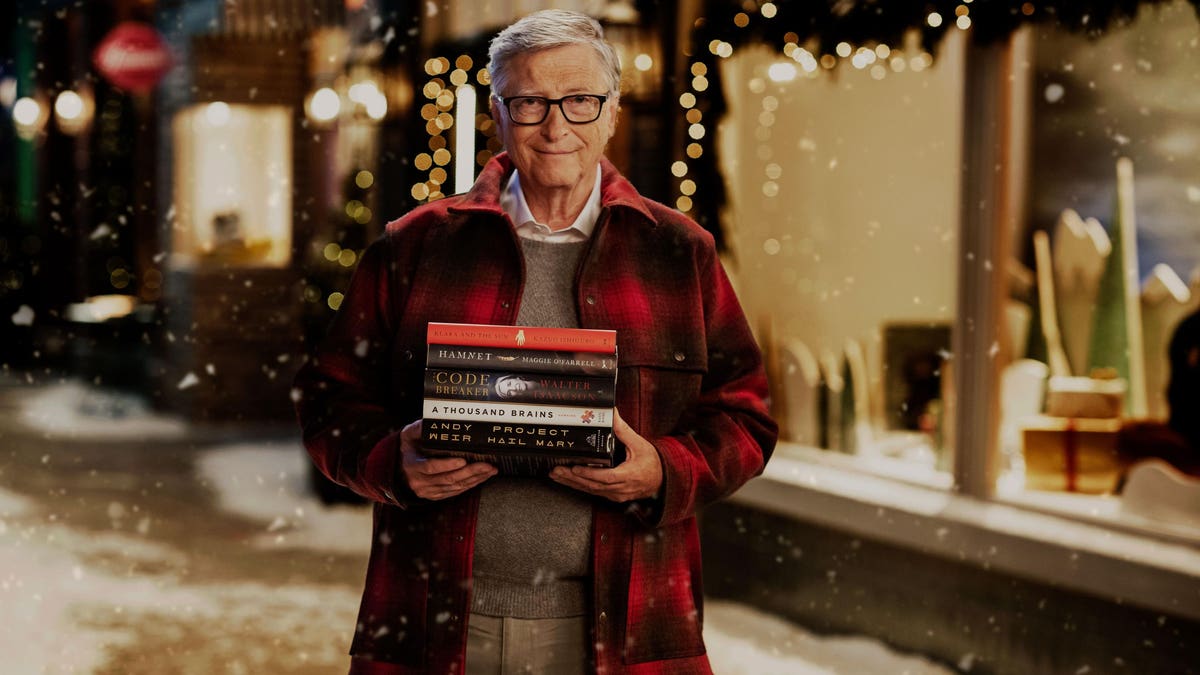 It’s that time of year again. Just as the holiday season sets in, Microsoft billionaire Bill Gates—as part of an annual tradition—has released his list of the best books of 2021.

Gates has been a voracious reader since he was a child. His passion for reading became too much for his parents at one point. “He read so much that Bill’s mother and I had to institute a rule: no books at the dinner table,” Gates’ father, Bill Gates Sr. (d. 2020), told Forbes in 2016. Gates revealed his latest selections in a Monday post to his personal blog, GatesNotes. And as in other year’s, the world’s fourth-richest person says his “holiday reading” followed a distinct theme, the genre that enthralled him as a child: science fiction.

“When I was a kid, I was obsessed with science fiction,” Gates remembers. “There was something so thrilling to me about these stories that pushed the limits of what was possible.”

The 2021 end-of-year list features two science fiction books and another two that are science-focused. His final recommendation is a novel about one of the most famous playwrights of all time.

A Thousand Brains: A New Theory of Intelligence, by Jeff Hawkins.

This book by the co-inventor of the PalmPilot—described by Gates as “one of the pioneers of mobile computing”—puts forward a new theory of intelligence aimed at aiding the development of so-called “general intelligence” in machines, or the hypothetical ability of machines to understand the world like humans. Gates lauds the book for its refreshing approach (“appropriate for non-experts”) to a subject he argues will eventually “help us address truly complex, multifaceted challenges like improving medicine.” There’s a personal connection, too. Gates recalls “watching helplessly” as his father declined from Alzheimer’s, an experience he says made him acutely aware of how much isn’t yet understood of the human brain.

The Code Breaker: Jennifer Doudna, Gene Editing, and the Future of the Human Race, by Walter Isaacson.

According to Gates, this latest book from the esteemed biographer of Steve Jobs, Albert Einstein and Benjamin Franklin is “much broader” than just a portrait of Jennifer Doudna, the Nobel-Prize winning scientist who helped discover CRISPR gene editing. It’s a deep and thought-provoking look at the technology—which makes it easier for scientists to alter human and other genomes—its current applications and “the most important ethical questions that arise from the CRISPR revolution.” The Microsoft founder says his personal excitement about CRISPR has “grown from super high to off the charts” in recent years, but he emphasizes that the public should “play an engaged role in drawing the ethical lines” of how it should be used.

Klara and the Sun, by Kazuo Ishiguro.

The fictional story of a robot who provides companionship to a sick young girl, Gates says he was interested by this book for its rare description of “a future where robots make our lives better.” Taking place in a dystopian society where children are genetically altered to be smarter and end up living a largely isolated existence, Klara and the Sun centers around a young girl, Josie, who is made ill by the risky procedure. She finds solace in an “artificial friend” who often blurs the lines between robot and human. “As I was reading the book, I couldn’t help but think about which parts of it paint a picture of our likely future,” says Gates, adding that he believes “one day we’ll have both companion and utilitarian robots in our lives.”

Another work of fiction—though loosely tied to real life events—this book imagines the life of William Shakespeare’s son, Hamnet, and how his tragic death at age 11 may have influenced one of his most celebrated plays. Hamlet was written just two years after the young boy’s death, which O’Farrell seizes on to weave what Gates applauds as a “moving explanation for how Shakespeare channeled his grief and guilt into writing.” A self-proclaimed Shakespeare “fan,” Gates says he is always keen to explore the playwright’s famously opaque personal life—even if it is just speculation.

A more light-hearted pick, this new book from the author of The Martian tells the story of a high school science teacher who teams up with a friendly alien to save the solar system from a sun-eating microorganism. Though not exactly scientific—Gates concedes “the odds that there is another sentient species relatively nearby seem low”—the billionaire says he finds it “exciting to think about what other life might be out there.” He recommends the fictional tale for “anyone in the mood for a fun diversion” and notes he finished it in a weekend.