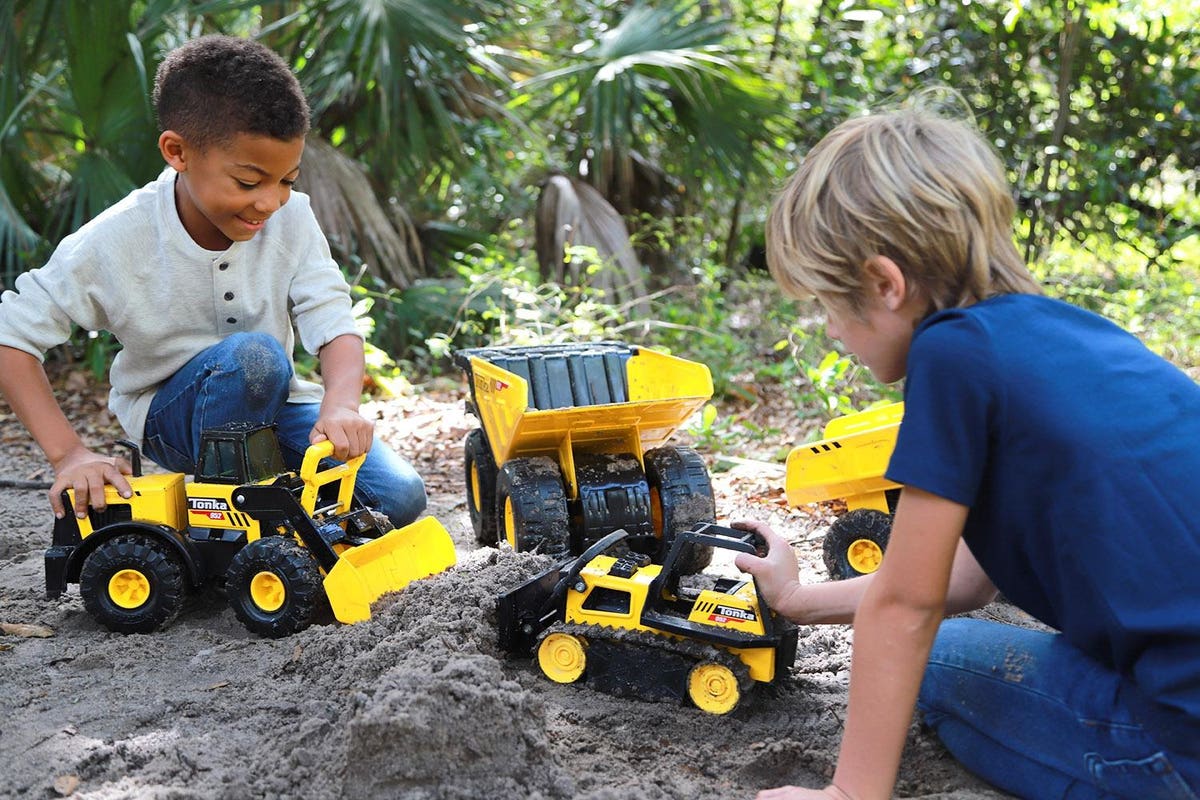 When Basic Fun! CEO Jay Foreman looks east to China this time of year it’s usually to make sure hundreds of thousands of toys are making a timely journey from the factory floor in over a dozen cities to store shelves closer to home. This year, when he thinks about China, he thinks about the 160,000 bright yellow Tonka Mighty Dump Trucks that won’t make it home for the holidays.

This year those trucks are packed into cardboard boxes and stacked wherever there is room — the factory lobby, halls, empty offices – where they will sit idle until next year. The $25 trucks are popular but bulky, meaning less than 2,000 of them can be squeezed into the standard shipping container. Loading up on more crates makes sense at the typical cost of $3,000 to lease one for the global journey, but it’s a money-losing calculus in a year when the cost has soared six-fold to $18,000.

“It used to be like clockwork,” says Foreman, 59, whose company produces toy brands including Tonka, Care Bears, My Little Pony and Lincoln Logs. “Now it’s like war games.”

“We’ve never had a sustained period like this where the entire supply chain is upside down for an extended period of time,” says Foreman, who has been in the toy business for nearly four decades, and for the first time keeps big bottles of Tums and Tylenol on his desk beside pictures of his family and several of the company’s toys.

Foreman’s battle plan comes down to a toy version of Sophie’s Choice, opting to leave behind bigger items and pack up and ship smaller items like Mash’ems, a line of squishy, plastic figurines that resemble characters from movies like Spiderman, Harry Potter and Paw Patrol. Since they’re the size of a golf ball, he can get tens of thousands of them on a single container. More bang for his buck.

This kind of calculus offers a glimpse into the massive headache facing brands and retailers as they navigate a snarled supply chain that threatens to wreak havoc on the all-important holiday season. Consumer demand is strong, but is straining a global supply chain still hamstrung by the pandemic. Goods are moving in slow motion and prompting shortages in everything from cars to toys to consumer electronics. Prices on some items are going up, as companies look for a way to cover a sharp rise in costs, with rates for a container going from Asia to the West Coast now costing $17,970, up from $3,887 a year ago and $1,298 in 2019, according to Freightos, a supply chain technology company.

And that has everyone scrambling. Foreman said his retail partners — he won’t say who, but works with big companies like Walmart, Target and Amazon — have called in a couple favors this year: They couldn’t get as much space on ships as they needed for the Basic Fun! toys they planned to transport and asked if he could arrange for their shipment and send them the bill. His theory for why the little guy wins out over the global giant in this scenario? The shipping companies can squeeze $20,000 out of him, while a bigger company might insist on getting a special, pre-arranged $10,000 rate. “It’s like the cartel,” says Foreman.

Basic Fun! makes 80% of its products in China, where there have been some shutdowns due to COVID that have been exacerbated by mandated government shutdowns designed to conserve electricity or reduce pollution. It’d be even worse had he heeded calls last year to move production to places like Vietnam, where factories went dark for weeks this summer as the delta variant raged and are only now ramping back up again.

It’s cold comfort at best. Basic Fun! also makes Tiny TV, which plays clips of classic shows and movies and requires an inexpensive chip to work. The toy rolled out in Walmart stores in August and quickly began flying off the shelves – in some cases, until there were none left. Since then, lead times for the chip have gone from 60 days to over 200 days, stalling production, and for the lucky Tiny TVs that do get made, it takes 42 to 49 days on average to get overseas, double the previous timeline of 21 to 25 days.

“It’s really devastating when you’re launching a new line because people have short memories. They’re going to forget about it and go buy something else,” says Foreman. “You can literally choke off the growth of the product line before it even has a chance.”

His employees now spend their days tracking the whereabouts of products, often having one or two dozen tabs open on their computers where they can view maritime images and pinpoint the latitude and longitude of the ships transporting their cargo. And getting it to the U.S. isn’t the end of his problems: Foreman has a bunch of inventory sitting off the coast of Los Angeles. Nor is getting it onshore, where truck drivers sometimes have to go to the port three or four times to pick stuff up, because certain areas are closed or there is too much congestion, says Steven Littman, the company’s chief operating officer.

Those widespread delays have even made trouble for the products he does make at home, like Lincoln Logs, which have been manufactured in the U.S. since 2014, after decades of producing the sets in China. The logs come from a forest in Maine, but all the extras — little plastic windows, doors and other parts – come from China. Waiting for those pieces can hold up the entire production process. Plus, even if he were to open more factories in the U.S., he’s doubtful he could hire enough workers. Next year, Foreman says, he’ll raise prices. He’s starting to quote retailers a base price and freight separately, with a note that shipping costs could change.